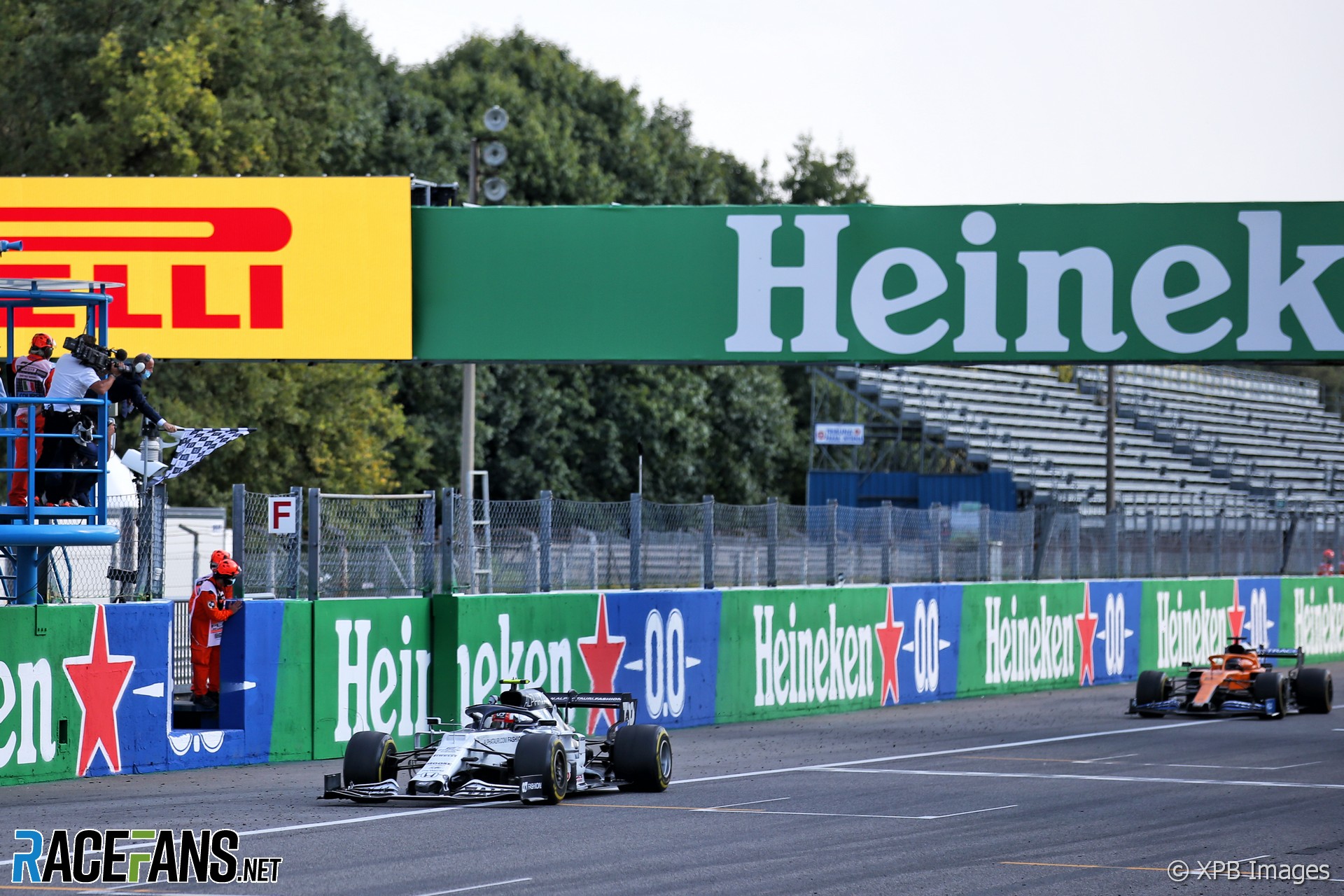 In the round-up: Carlos Sainz Jnr is convinced he couldn’t have done any more to win the Italian Grand Prix, which Pierre Gasly beat him to by 0.415 seconds.

Sainz said he studied the race closely before arriving at Mugello for the ninth round of the championship:

Since the race happened my main focus has been what I could have had done differently to win and how if the opportunity comes again what I’m going to try to do if I want to win.

But the more I looked at it, the more I came to a conclusion that it was basically impossible to do anything different.

So that second place starts to feel better when you look back and you realise you’re couldn’t have done much differently. I just gave it all and it couldn’t happen.

The FIA and Formula 1 can today confirm that between Friday 11th September and Thursday 17th September, 1,938 tests for COVID-19 have been performed on drivers, teams and personnel. Of these, one person tested positive.

"Kamui Kobayashi was quickest in Hyperpole at the wheel of the number seven Toyota TS050 Hybrid. The Japanese driver set a lap time of 3'15.267 early in the session."

"This is something I haven’t stopped thinking about, but I wanted to ensure my focus was on winning our third-straight Supercars championship for Penske and all our partners in Australia. We are still laser-focused on that and have three more rounds to get it done, but I’m equally as excited to finally get the chance and make my IndyCar debut."

"Max (Verstappen's) frustration at another DNF is totally understandable. From the very first lap in Mugello he was on it. We had a very fast car and some real progress has been made with the balance of the car. That is what was so galling for him. "

"Six races in world-class venues across North America, Europe, Asia and the Middle East, including the 24 Hours of Le Mans, are on the 2021 calendar and all events will take place in one calendar year."

"For the first time in 2020, Indianapolis Motor Speedway will welcome fans to the racing capital of the world for the IndyCar Harvest GP weekend. Up to 10,000 spectators can be in the grandstands each day of racing action Oct. 1-4, per approval from the Marion County Public Health Department."

"On the eve of the 88th running of the 24 Hours of Le Mans Race, ByKolles Racing is pleased to confirm that its previously announced commitment to enter the new era of the innovative LM Hypercar top class of world Hypercars is reaching fruition with its PMC Project LMH."

"TOCA – organiser of the British Touring Car Championship – is delighted to announce that a new five-year television contract has been signed with the ITV network, extending the current UK-wide free-to-air broadcasting arrangement through to the end of the 2026 season."

We always endeavour to credit original sources. If you have a tip for a link to feature in the next RaceFans round-up please send it in via the contact form.

Formula 1’s $200 million anti-dilution fee, which new teams will have to pay from next year, has its equivalent in other sports, says Leroy:

In North American professional sports it’s not unusual to charge a franchise fee to new entrants. For example, the last new team to join the NFL had to pay a $700 million franchise fee.

However, there is a big difference in that North American sports teams get a far better distribution of money related television rights and licensing deals (NFL teams get an even split of the $8.1 billion from TV and various license fees) and get 100% of the ticket sale money as well as a chunk of the concession money when events are hosted at their stadiums.

As far as I am aware, only Red Bull own and operate a F1 track where they can make money from ticket sales and concessions (which then get used to pay the event fee, something which North American sports teams do not have to pay but also the travel between events is not as complex as in F1).
Leroy (@G-funk)

Happy birthday to Robk23 and Patrick!