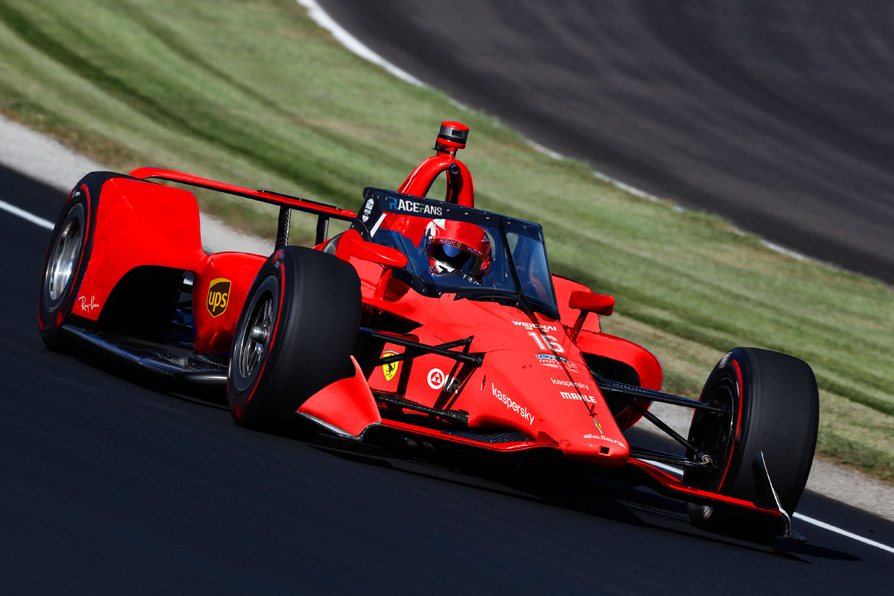 When first Ferrari announced back in April that it would consider entering categories other than Formula 1 should the sport’s budget cap be further reduced below its new level of $145 million, paddock folk took the words to be either a belated April Fool’s stunt or a hollow warning aimed at foiling cutbacks.

History is, after all, littered with examples of the Scuderia using such tactics to get its way. During the mid-eighties the company threatened to defect to CART – forerunner of the current IndyCar championship – while the brand is currently active in endurance and GT racing via customer teams.

In March 2017 Ferrari’s then-president Sergio Marchionne announced Formula E was on his radar. “We need to be involved in Formula E because electrification via hybridisation is going to be part of our future,” he said.

However a Ferrari source, in conversation with RaceFans, recently characterised those remarks as the late Marchionne posturing at the height of a wrangle over future engine regulations. Clearly, ‘threats’ form part of Ferrari’s negotiating arsenal.

In addition, conditions contained within Ferrari’s veto right – to be carried over under incoming commercial agreements, although in diluted form – were taken by many to mean that it could not stray outside of F1.

That said, these conditions were confirmed in a letter from the FIA to Ferrari (dated 27th January 2005), and carried over in subsequent agreements. A copy has been seen by RaceFans, and while it places restrictions on activities, it permits Ferrari to participate in competitions “Run under the International Sporting Code of the FIA and under the ultimate authority of the FIA.” That certainly applies to WEC and Formula E.

Although IndyCar is sanctioned by the Automobile Competition Committee for the United States, ACCUS is affiliated to the FIA, with the ACCUS website reflecting it as ‘the National Sporting Authority (ASN) of the Federation Internationale de l’Automobile (FIA) for the United States’. Hence IndyCar races are inscribed on FIA sporting calendars, while competition licences are transferable. So there is no regulatory impediment to Ferrari entering any of these series.

Formula E remains a long shot, for even under its hybridisation strategy there are currently no firm plans for a fully electric Ferrari. High-performance sports cars are the company’s core product.

The Americas account for a third of Ferrari’s global sales of 10,000-plus cars annually, making WEC and IndyCar attractive propositions.

Until F1’s introduction of a budget cap there was no imperative for Ferrari to venture into new activities. Why risk losing focus as McLaren arguably did whenever the company moved outside its ‘comfort zone’? It’s most fallow years since the late seventies coincided with mid-nineties GTR sports car activities, while the team has not won a grand prix since gearing up for production of its current road car range in 2012.

Now the FIA has rubber-stamped confirmed a reduction in budget cap levels – from $175 million to $145m in 2021, decreasing by $5m per year in each of the next two seasons. So which of these two categories might Ferrari embrace in order to preserve manpower and redeploy facilities?

The probable answer is both, for very sound economic and welfare reasons. As outlined here last week Ferrari may need to redeploy as many as 300 staff in order to operate within the initial budget cap, and shed a further 30 or so per year as the gradual glide-path kicks in. That clock starts ticking on 1st January 2021 – every cent spent operationally by the F1 division thereafter counts towards this stringent budget cap.

Equally, the company does not wish to lay off swathes of staff come December, losing good people with vital skills, not to mention incurring the cost of redundancy packages. Furloughing of excess staff makes no economic sense either, for these costs are unlikely to be covered under Italy’s Covid-19 measures, so being a further financial drain on Ferrari, whether by the F1 division or greater company.

“It’s true we are looking to alternatives,” Ferrari team principal Mattia Binotto told RaceFans in an exclusive interview. “The reason [is] as Ferrari we invested in the last two years in our resources and our people, trying to increase our know-how. We think somehow it is a shame that we would be missing not only the people but also the know-how.

“So looking at alternatives is a way of somehow assuring that we are keeping internally our know-how.”

Individual WEC or IndyCar projects are, however, unlikely to absorb 300 heads. Another challenge is that engine supply-only arrangements for those categories present no solution as F1 engine departments are largely unaffected by budget cap restrictions, while the engineers Ferrari would need to redeploy are mainly on the chassis and production side. This was something Binotto alluded to.

“What would be the right platform? We already see the know-how that is affected by the reduction of the budget caps is on the chassis,” he explained. “The know-how we are trying to preserve is [mainly] on the chassis side, and we need somehow to find a formula around which we can somehow use that type of skills.”

Clearly the company clearly needs to cast its net wider than just engine supply. Embracing a combination of WEC and IndyCar projects, covering both chassis and engine development, may be a solution.

For the former category it could develop an LMH hypercar to be raced in both WEC and, with modifications, in IMSA’s LMDh class from 2022. Being able to compete in WEC and the US series ticks Ferrari’s global boxes.

It would have to get out of the blocks quickly, and here the past may prove a guide. A specialist designer could provide expertise, as per the Ferrari 333SP, designed in the nineties by Dallara.

“Yeah, it’s not easy” Binotto admitted when whether such co-operation was under consideration. “Could be possible. So we are considering all the solutions coming there as a racing team, because then we’ll have a completely new regulation in 2022 and maybe [we can] assist somehow with the development of the regulation.”

According to sources Ferrari has been active at most recent WEC technical and sporting working group, thus enjoying input into the various regulatory processes, as it also has with IndyCar.

The latter provides another pressing timeframe for it also has new technical regulations in the works for 2022. Although the details have not been finalised, Ferrari has been an active participant in discussions, as confirmed by series owner Roger Penske to Sirius XM radio last week.

“Obviously we’re looking at potentially adding other manufacturers,” he said. “You’ve probably heard it. There’s been discussions with Ferrari, [they] might be interested in joining the series coming in 2022 when we have the new engine rules and that would be a great asset to have a third manufacturer in the series.

“I think we’ll have a rule change as we go into 2022 on engines. We’re hoping at that point that we’ll have more than two engine manufacturers.”

The series’ current chassis supplier – Dallara again – is in pole position to retain that contract. It could do so with Ferrari, with the end result being given a Ferrari type number. Here Maranello has (half) form: in the eighties it produced the 637 Indy prototype which, though, went unraced. Enzo Ferrari had long wanted to see his eponymous marque win at the ‘Brickyard’; and his son Piero could well soon see that come to fruition.

On the endurance racing side, Ferrari last won Le Mans outright in its own right in 1964 – the following the NART customer team took line honours – which leaves Ferrari with three years to develop a 60th anniversary winner. Don’t bet against it.

38 comments on “Analysis: What would a Ferrari IndyCar or WEC project look like?”