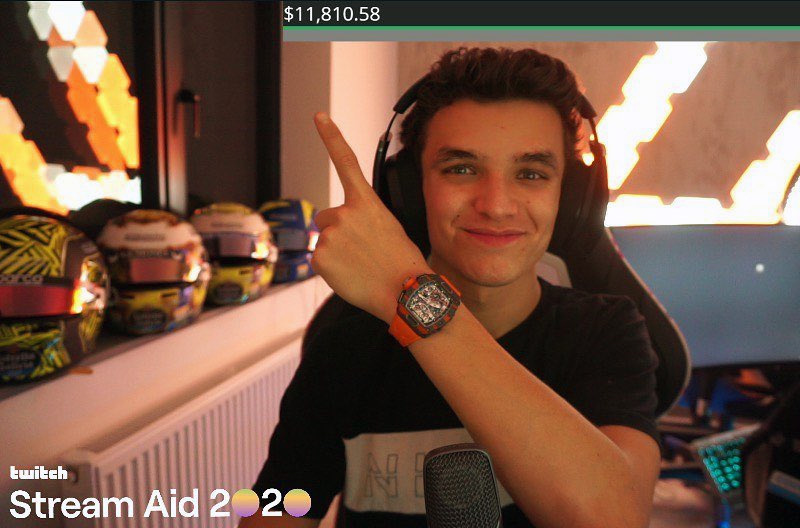 A global emergency has brought motor racing to a standstill. Teams have been shuttered, staff sent home with reduced pay, and senior staff and drivers forfeiting chunks of their salaries.

But as the pandemic spreads the motor sport community has stepped up to offer their services in any way possible.

F1 teams are building breathing aids, drivers are providing equipment and raising donations, and facilities are being used to help process patients and tests. Here’s how the motorsport world has joined the fight against the pandemic.

As RaceFans revealed last month, Formula 1 teams have been quick to lend their technological expertise to improving survival rates.

A coalition of UK-based F1 teams have banded together to help manufacture respiratory devices. The pandemic has put unprecedented demand on medical equipment which provide breathing assistance.

Seven teams are already helping to produce 1,000 continuous positive airway pressure (CPAP) units per day to help meet the current high demands. On Monday the British government confirmed F1 teams have contributed to the production of over 20,000 devices. Other companies involved in the production effort include Bandbury-based team Prodrive.

Race For the World

Half-a-dozen Formula 1 drivers plus competitors from other championships have joined together to put on a six-race series on F1 2019 to raise money for the World Health Organization’s Covid-19 Solidarity Relief Fund. They’ve set themselves a target of raising $100,000, and are already past one-third of the way there.

The Italian chassis manufacturer has joined the fight by supplying PPE and a non-invasive ventilators to local hospitals in need. They have also made the design and instructions available to other manufacturers so that they can join in the fight as well.

Kent-based World Endurance Championship team JOTA Sport has begun 3D-printing face masks for the National Health Service. The team say it takes only 45 minutes to print and 20 seconds to fully assemble the devices.

Volkswagen are also turning their 3D printers to help produce medical kit at its factories in Hannover, Wolfsburg and Ingolstadt. These were initially supplied to Spain, one of the countries which was most severely hit by the pandemic.

The manufacturer of tyres for Formula 1 and many other championships is based in Italy, one of the countries which has been hit hardest by the pandemic. Pirelli has cancelled the production of its annual calendar for only the second time in its history and used the money saved from that and raised by its staff to donate over €1,000,000 to help fund efforts to fight the virus.

The Racing Point driver runs a foundation which has set a target of supplying one million parcels. Perez himself has paid for the first thousand.

Austrian DTM driver Frederic Habsburg has been called into military duty and is helping efforts to keep food stocked in his home country.

The BMW Formula E driver is working alongside some of his team members to collect protective equipment for the NHS during this global shortage. Sims has reached out to other British motor sport figures in an effort to compile as many supplies as possible.

McLaren was struck by the virus during F1’s aborted race weekend in Melbourne. One of its team members caught the virus and had to be isolated along with more than a dozen others. All subsequently recovered.

The team’s driver Lando Norris has been highly active on streaming service Twitch during his isolation, streaming F1 2019, iRacing, and Rocket League while raising money for the Covid-19 Solidarity Fund.

Norris promised to shave his head if his followers raised more than $10,000. They cheerfully obliged, sending $12,000 his way, and he duly wielded the clippers on another live stream:

Last weekend @LandoNorris promised to shave his head if he got $10,000 in donations to fight the #Coronavirus.

He's a man of his word… and his 40,000-strong @Twitch viewers went crazy.#F1 pic.twitter.com/dsLqZsVXB5

The former McLaren team boss has pledged to donate 1,000,000 meals over the next three months to NHS workers through his charity DreamChasing.

Formula E is also working with UNICEF to help protect children from the consequences of the pandemic. “Through their much-needed donation, we are able to support children and families across the world by activities including supplying medical equipment and hygiene kits, developing learning resources, delivering prevention campaigns and tackling misinformation,” said UNICEF UK’s deputy executive director for partnerships and philanthropy Sarah Ward.

In America, NASCAR’s research and development centre has been temporarily re-purposed for medical assistance and manufacturing face shields. The Roush Fenway team has also created a ‘Transport Box’ which aims to keep medical personnel safe from their patients in their hospital rooms.

Meanwhile the Charlotte Motor Speedway in North Carolina is being used as a site for Covid-19 testing.

The Reial Automobil Club de Catalunya opened their headquarters in Barcelona to medical personnel as hospitals struggle to find rooms for the overwhelming number of patients. The 16,000 square meter facility features a heliport and is in close proximity with other hospitals.

Volunteers from the rally have been helping to transport samples from potential sufferers to a laboratory for testing.

“The Estonian government has helped us to organise big international events and now it’s our turn to help,” said event organiser Tarmo Hobe. “As we have an organisation which has worked together for many years and people willing to help we offered that our team can be helpful in fight.”

Are you aware of any other ways people involved in motorsport have helped fight the pandemic? Please share them in the comments.

Browse all other motorsport articles