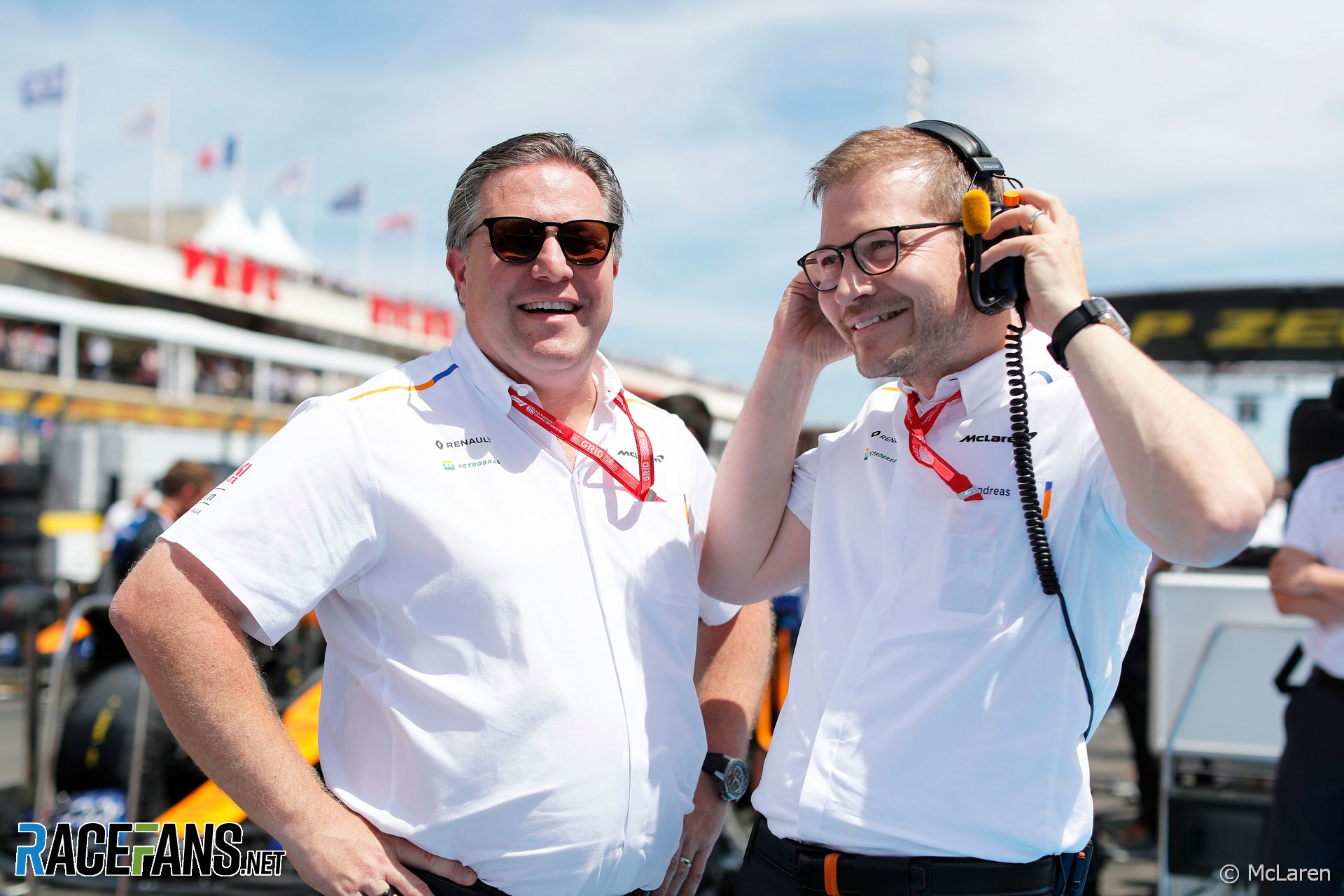 Speaking at Le Mans, the McLaren leaders said that they were strongly interested in a potential hypercar programme, following the announcement of regulations which Aston Martin and Toyota have already signed up to.

Zak Brown clarified that a hypercar entry would not replace or in itself impact their Formula One programme.

“It would have nothing to do with our Formula One team but it would run by our racing group, led by Gil and a bespoke team would be set up to run it. So it would be in collaboration with automotive, run by racing but would not disrupt our Formula One activities.”

However, both Brown and De Ferran said that the coming F1 cost cap – which is confirmed for 2021, the same year that the hypercar class is introduced to WEC –

Brown said “I think it’s all part of the analysis of how would we do it, when would we do it. Budget cap comes in 2021, the soonest we’d be ready here is 2021 so there’s a – as you move to restructure your organisation, that’s opportune timing.

“I think it’s a positive that these dynamics are going on in F1 at the same time that we’re considering WEC.”

De Ferran said that there could be direct internal transfers from the Formula One team, prompted by the budget cap and 2021 rules,

“It is never easy to put a whole team of people together. There’s a lot of operational considerations. Hopefully on the Formula One rules, in 2021 it’s a whole new world in terms of the regulations over there so there might be an opportunity to deploy people inside McLaren in a different way.”

Brown said that a hypercar entry would have to be financially independent, not only operationally separate from Formula One.

“We would run everything independently, not only technically but fiscally so one isn’t going to pull on the other and if we do this, we’re not going to do this – so everything has to stand on its own two feet.”

De Ferran said that any F1 changes would be driven by the 2021 rules, not by other racing programmes – but that synergies were possible across the series.

“Obviously there is a big shift in rules in 2021 and we’ve been – even last year – doing a lot of planning coming into that phase so all of these considerations, be it WEC or Indycar or any other programme we are looking into and that we haven’t made a final decision on takes all of this into account.

“We have to make sure the Formula One programme stays as competitive as it can be – and every other programme. But there’s an aspect that can provide synergies between the programmes for personnel, technologies and so on.”

Asked if there was a possibility of current or former Formula One drivers moving to hypercar programmes, as several (Oliver Turvey, Fernando Alonso, Stoffel Vandoorne) have current WEC experience, De Ferran said it was a possibility.

“I think we would be looking towards having the best possible driver lineup. If that includes some of our Formula One drivers that would be great.”