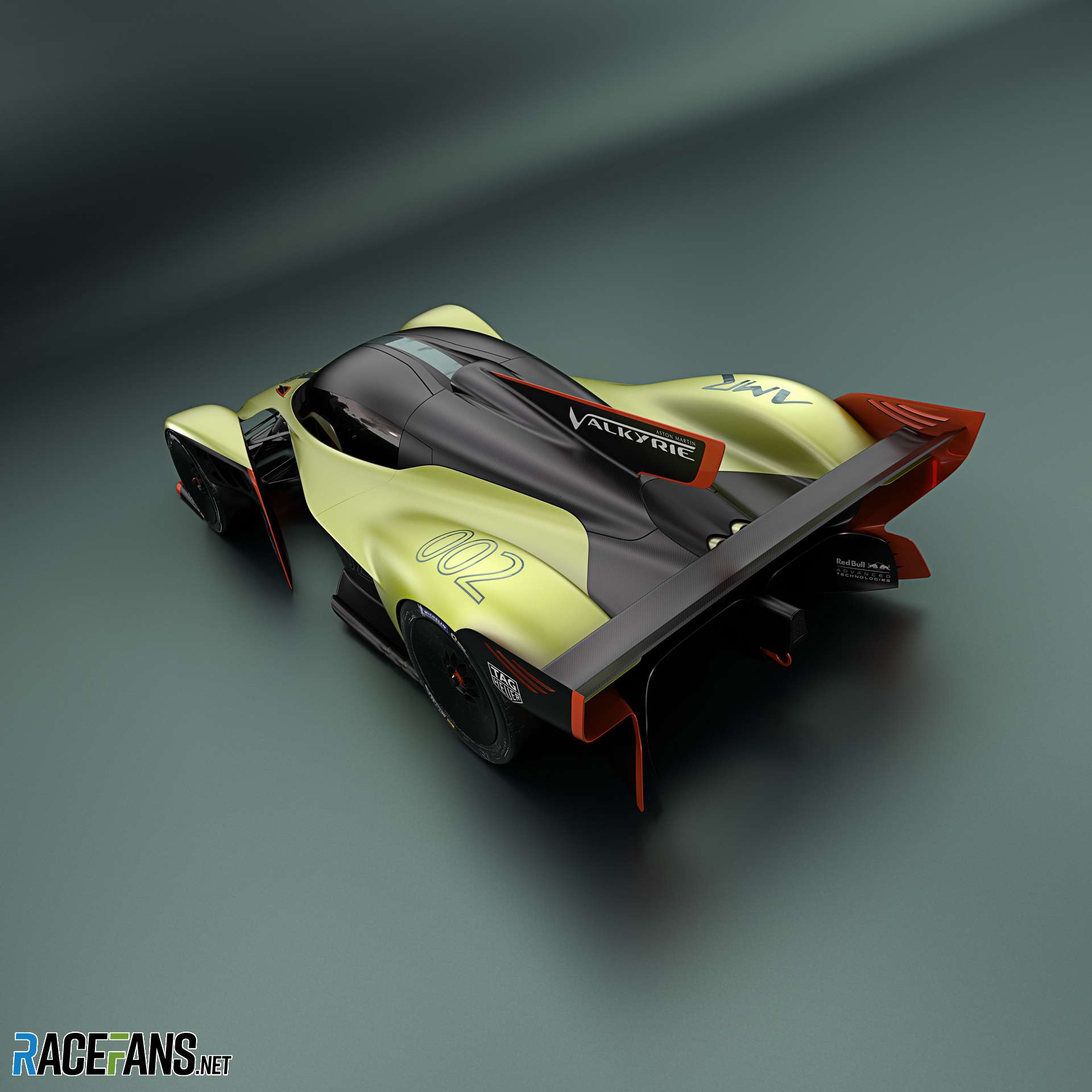 Hypercar regulations have been a sticking point in announcing the new class and securing entries, which replaces the factory hybrid LMP1 cars – specialist, hybrid prototypes built solely for the race track to WEC’s regulations.

The new Hypercar category does not mandate hybrid power – with cars balanced based on horsepower regardless of whether they have energy recovery systems or not in order to ensure a competitive field. Additionally, the cars can be built either as prototypes or based on road-selling vehicles – provided that the manufacturers builds twenty of them, a short run even for the most exclusive hypercars.

Toyota currently race as the only remaining factory LMP1 team following both Audi and Porsche’s exits – the latter in order to focus research on their upcoming Formula E entry.

In a statement, Aston Martin confirmed that they would be entering two of their Valkyrie hypercars, running naturally-aspirated, high-revving V12 engines. Developed with their F1 partners Red Bull, the Valkyrie was Adrian Newey’s project, incorporating elements of the Red Bull F1 car’s design.

Aston Martin Lagonda President and Group CEO, Andy Palmer said that the Valkyrie was the perfect challenger to the series, with their aim being the 2021 outright Le Mans win.

“We have always said that we would one day bring Aston Martin back to Le Mans with the intention of going for the outright win when the time was right – now is that time. David Brown came here in 1959, with a car and a team of drivers capable of winning. We intend to do the same in 2021.

“The Aston Martin Valkyrie is primed for such a challenge and sits perfectly within the ACO’s new ‘hypercar’ rule framework. What could be more evocative than the wail of an Aston Martin V12 leading the charge into the night on the Mulsanne straight?”

Toyota will be entering a car based on their GR Super Sport concept two-seater car, which when it was revealed had a hybrid V6 system. However, both the road and race car are currently undergoing development – with the name set to be announced when the car goes to track testing next year.

The #8 Toyota LMP1 of Mike Conway, Jose-Maria Lopez and Kamui Kobayashi and the #95 Aston Martin Vantage of Nicky Thiim, Marco Sorensen and Darren Turner have the respective prototype and GT class poles at this year’s 24h du Mans.