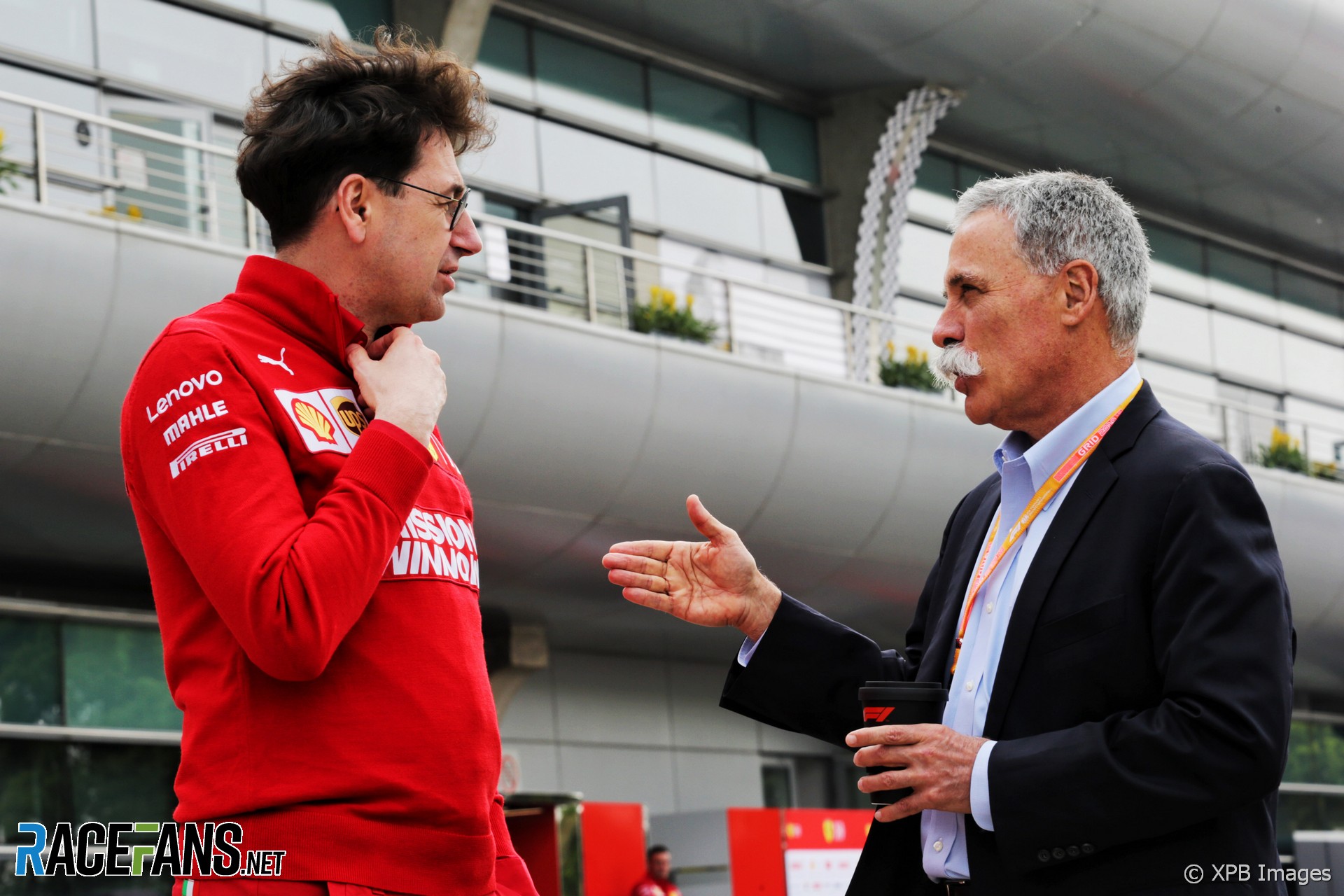 Although as yet unconfirmed by the Formula 1’s commercial rights holder Liberty Media, it seems certain that Ferrari will retain its right of veto over regulations changes.

The veto was up for debate as Ferrari’s agreement to participate in F1, agreed with Bernie Ecclestone and inherited by Liberty, expires at the end of 2020.

By extension, the veto effectively grants Ferrari the sole right to approve any regulations changes – sporting and technical – should the Italian team consider these to not be in the best interests of F1. There is, though, the inherent danger that Ferrari exercises this right on the basis that ‘what is bad for Ferrari is bad for F1’, as it threatened to do in 2015 during a wrangle over future engine regulations.

Defendants of the veto point out that it has only been triggered once, back in 2009 when the FIA announced budget cap regulations. The matter was heard in the Paris High Court and, although Ferrari lost the case, this was more due to chronology and procedure than its right to veto. Although Ferrari considered an appeal, it was rendered moot after the FIA dropped said regulations anyway.

The original veto was granted to Ferrari back in the early eighties when the team was then one of few ‘pure’ racing teams in the sport producing its own chassis and engines. The team faced competition from what Enzo Ferrari called his ‘garagiste’ rivals: mostly British teams who built chassis around customer Ford Cosworth engines and Hewland gearboxes.

When asked to sign up to the first Concorde Agreement – and thus throw his lot in with the breakaway, British-centric Formula One Constructors Association against (FIA fore-runner) FISA – the Commendatore made the inclusion of a safeguard against prejudicial regulations changes a condition of his signature. Eager to have Ferrari onboard, Ecclestone agreed.

This right has continued through all three FOCA/FIA Concorde Agreements, the 1998-2009 and 2010-12 trilateral (CRH/FIA/teams) agreements and current bilaterals (CRH/teams individually), albeit in modified form. Indeed, Ferrari’s veto right was reconfirmed by the FIA in January 2005 and July 2006, was recorded in the 2009-12 Concorde Agreement, and is referred to as ‘Ferrari’s rights and protections’ in the current bilateral agreements.

At an early stage indications were that Ferrari would lose its privileges (it also receives a substantial annual ‘Long Standing Team’ bonus) under Liberty once current covenants expire. But numerous F1 team principals in Monaco told RaceFans they understand Ferrari will retain both dispensations from 2021 onwards. One even suggested Liberty had “caved in after Ferrari threatened to walk”.

What does this retention by Ferrari of its privileges mean for other teams, and, crucially, F1? Far from providing protection for all teams, as Ferrari’s team boss Mattia Binotto implied in Spain when asked by RaceFans, it is likely to have the opposite effect, particularly where regulatory restrictions are introduced to level the playing field, and Ferrari disagrees with these for whatever self-centred reason.

Taking this argument to extremes, Ferrari could veto any cost caps that may be inserted into the sporting regulations, as it did in 2009, by arguing that annual cost caps of, say, $200m are prejudicial to F1. True, it lost the argument back then, but is likely to be better prepared this time around, while Liberty arguably needs Ferrari more than F1 did back then. In fact, seemingly all it takes is for Ferrari to threaten…

The same applies to all regulatory restrictions, be they technical or sporting; indeed, any area where Ferrari could or does hold an advantage over the rest and could lose out. The argument that Ferrari only once previously triggered it holds no water: that a ball lands on red once is no indicator where next it lands. Furthermore, Ferrari has since listed on the NYSE (RACE) stock index, and its shareholders seek maximum returns, irrespective of whether the competition they are achieved in is a fair one.

Equally, Liberty, as a listed company, has a finite revenue pot, and any bonus paid to Ferrari dips into the amount available for distribution to the balance of teams. There is an argument that Ferrari ‘always received more than the rest’ (not true, incidentally, only since 1998) but this holds little water, for on that basis there would be no progress in F1. The sport’s strongest characteristic is that the sport (should) evolve with the times.

Consider a very real scenario: Should Liberty’s pot for any given season run to $1bn, and Liberty pays Ferrari $50m in bonuses (substantially less than the $75m to be disbursed this year) the additional payment reduces the amount available to the other nine by an average of a $5.5m. Indeed, $75m equates to an additional $7,5m for all teams, save for Ferrari, which would lose $67,5m. Imagine what midfield teams could do with that wedge…

And while some argue Ferrari could not spend any bonuses due to cost caps, it bears pointing out again that Ferrari could trigger its veto against cost caps in the first place.

By definition sport – whether individual or team, whether physical or motorised – is governed by an equitable set of regulations that serve to ensure fair competition, and allow consistent adjudication of the winner. For as long as Ferrari derives benefits that are denied to its peers, F1 cannot be considered to be a sport. And that is prejudicial to the whole of F1.