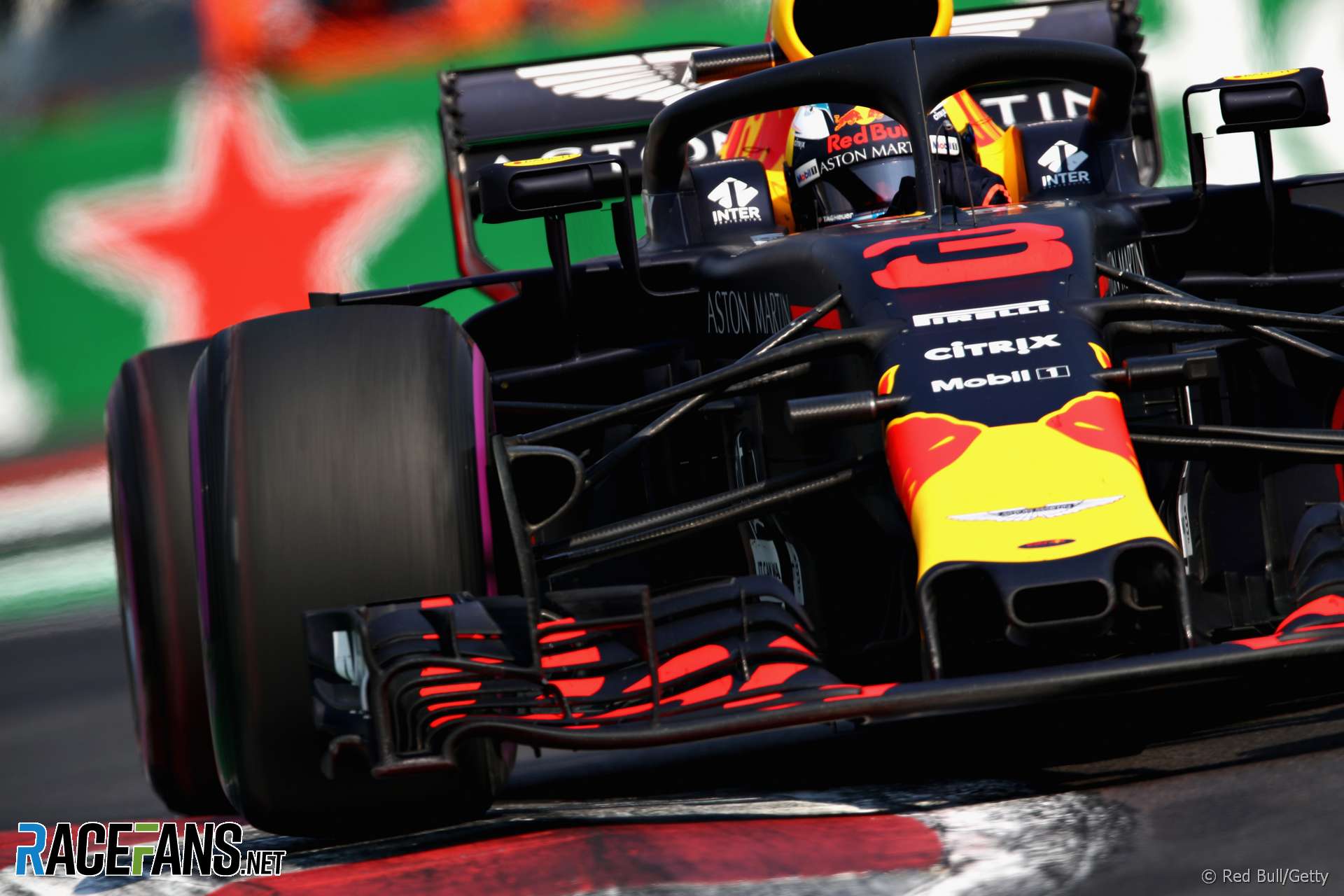 In 2018 Red Bull enjoyed their most successful Formula 1 season in terms of victories since the V6 hybrid turbo era began. Yet despite their four wins (and a fifth narrowly missed in Brazil) the team is embarking on a drastic change for next year, when it will have its first new engine partner for over a decade.

The roots of Red Bull’s dissatisfaction with Renault were sown long ago. Ever since McLaren severed ties with works partner Honda last year it’s been widely expected that Red Bull would take up the supply, having had junior squad Toro Rosso check out the power units during 2018. And so it proved.

Having launched the RB14 in a novel black-and-blue colour scheme, Red Bull made positive noises after testing. It was a marked step forward from the situation 12 months previously, when the team failed to immediately capitalise on a change in aerodynamic regulations which had been widely expected to play into their hands.

Nonetheless in Melbourne they could only look on as Mercedes and Ferrari had the fight at the front to themselves. The team was clearly too quick for the midfield competition but a slip-up by Max Verstappen allowed Fernando Alonso to lead him home.

Despite starting the season on the back foot compared to the front runners Red Bull managed to win the third race of the season in China thanks in part to a fortunately-timed Safety Car. Daniel Ricciardo took full advantage as Verstappen made two significant errors in combat with Lewis Hamilton and Sebastian Vettel. Together with his Bahrain qualifying crash, which Verstappen blamed on his power unit (the beginning of a trend), it was a rough start to the season for the team’s younger star.

The sense that Verstappen wasn’t fully on top of things was heightened in Azerbaijan, where he explored the limits of what his team would tolerate by banging wheels with Ricciardo as his team mate tried to pass him. Ricciardo eventually got by cleanly, but that wasn’t the end of it.

Having repeatedly warned the pit wall about the state of his tyres, Verstappen surprised the team by suddenly lowering his sector times after Ricciardo pitted, which helped him jump ahead again. Two laps later the pair collided, putting both out.

Was this the moment Ricciardo realises his future was elsewhere? He won again in Monaco when Verstappen made yet another error, but in Austria he provoked a strange argument with the pits as he lobbied unsuccessfully to have Verstappen give him a tow. As the summer break began, Ricciardo stunned the paddock by throwing his lot in with Renault for 2019.

Team principal Christian Horner called this year’s Red Bull one of the best chassis the team has produced. Ricciardo knows he is leaving a well-sorted machine behind. “The aero this year’s come on really strong,” he reflected. “But even the whole geometry, the suspension of the car, things like this. You look to the onboards of the other cars and see the drivers moving a lot and we’re quite still. I think everything, the whole compliance of the car, I think they’ve really nailed this year.” The Renault RS18 did not look as benign in comparison.

As the season wore on Ricciardo increasingly found himself on the worse end of the team’s poor reliability rate. this provoked predictable conspiracy theories, which were dismissed. However Horner admitted this is a priority area for the team to address.

“Obviously reliability isn’t something we’ve had,” he acknowledged. “We had 11 or 12 retirements this year. That’s our biggest Achilles heel. If we can achieve the power and the reliability – Lewis Hamilton had one DNF this year, likewise with Sebastian Vettel – that’s the rate we have to be aiming to achieve.” These problems were by no means exclusively caused by the motor.

Meanwhile Verstappen turned his campaign around. While Ricciardo never saw the podium again after Monaco, Verstappen became a fixture. He took the Mexican Grand Prix by the throat – despite Ricciardo fractionally beating him to pole position – romping to victory with such a margin he could afford the luxury of an extra pit stop.

Another win should have come in Brazil, but he tripped over a car he shouldn’t have been fighting. While its driver – Esteban Ocon – was plainly out of line by trying to ‘race’ a rival who was a lap ahead of him, it begged the question why was Verstappen wasting his time trying to ‘defend’ from the Force India. That misjudgement cost Verstappen third in the championship.

Even without their reliability problems, it’s doubtful Red Bull were consistently quick enough to be title contenders. They were, at best, slightly closer to the ultimate pace than they had been in 2016, but this time they had two teams with two different power units ahead of them instead of one. That has to be the root of their decision to go with Honda.