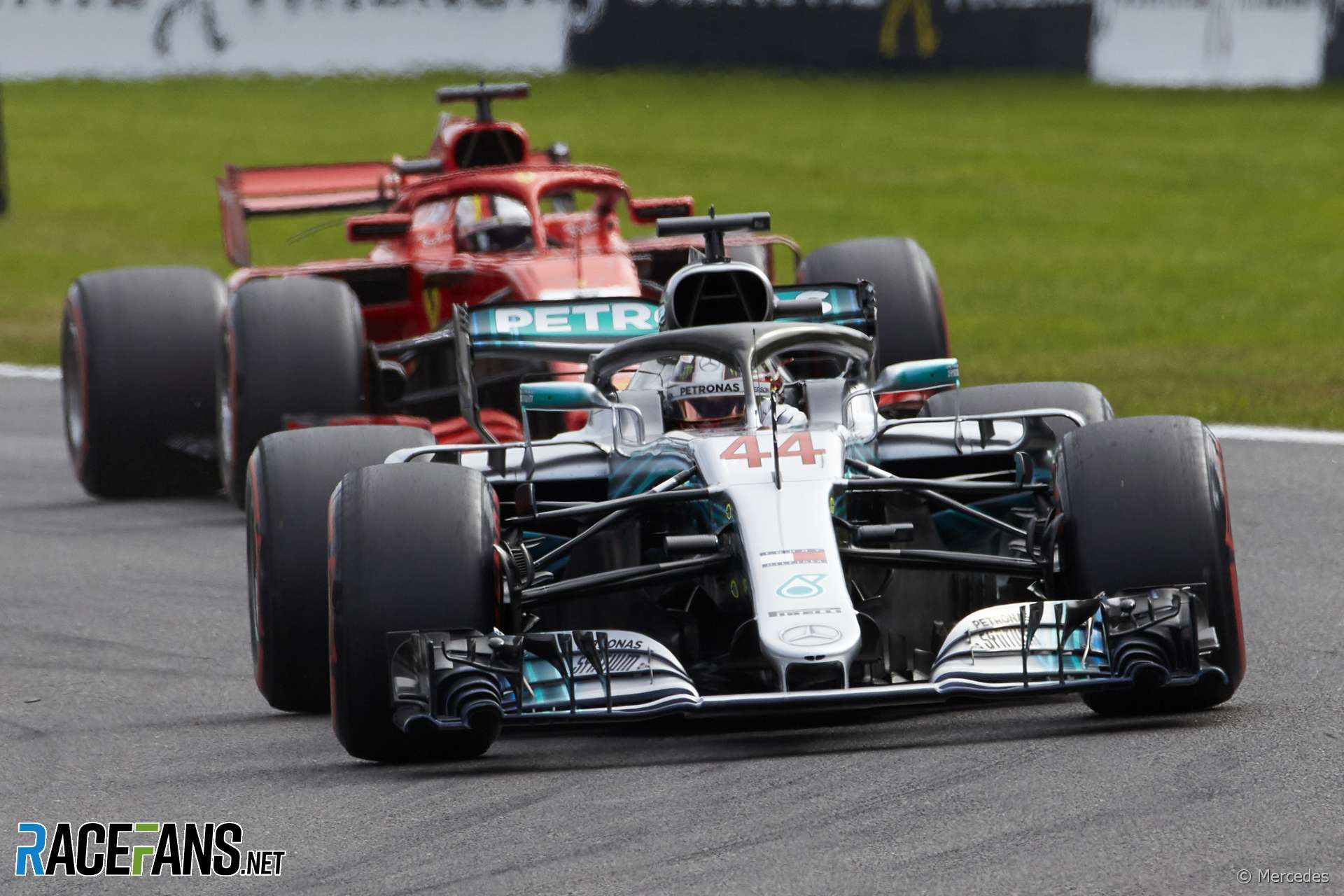 In 2018 Formula 1 enjoyed its closest competition since the V6 hybrid turbo rules were introduced. But only three teams were contenders for victory.

Scroll to zoom, right-click to reset

The effective division of Formula 1 into two distinct ‘classes’ could not have been more obvious in 2018. There wasn’t a single race where Mercedes, Ferrari or Red Bull were out-paced by any of the other seven teams. No wonder the battle for ‘best of the rest’ honours was increasingly referred to as ‘Formula 1.5’ or similar, including by some of the drivers.

At least among those three teams the situation was more competitive than it has been for much of the V6 hybrid turbo era. Ferrari gave Mercedes a serious run for its money on pure performance for much of the season. The three-race run in Singapore, Russia and Japan where the team went the wrong way with its car development is clear to see. However even once Ferrari found its way Mercedes retained a slight upper hand.

Red Bull were occasionally in the mix at the tracks which suited the RB14. They converted performance into victories in Monaco and Mexico, and capitalised on two other chances to win.

Haas usually led the way in the midfield fight on outright performance. But by the end of the year fellow Ferrari customer Sauber were a serious threat. If the latter can sustain their momentum into next season, their returning driver Kimi Raikkonen could turn in some surprise results. But as ever, so much will depend on how far ahead the ‘big three’ are.

At the end of 2016 F1 gave the teams new freedoms in the aerodynamic regulations to create wider cars with more powerful downforce-generating structures, particularly around the bargeboards. This, along with increasingly refined V6 hybrid turbo power units which are closing on if not already past the 1,000bhp mark at peak performance, has created the fastest generation of F1 cars ever.

Renault, which is getting ‘back to fighting weight’ following the return of the manufacturer as a chassis as well as engine constructor, has made the greatest gain over the past two years, slashing 4.4 seconds off its lap times in two years on average.

Sauber has done almost as well, making the biggest leap of any team this year following its switch from year-old to current-specification Ferrari power units. Strikingly, it is the only team which found a bigger step in performance this year than it did in 2017.

The reason for Williams’ sink to the foot of the championship table this year is unmistakeable, however. It has added less than two seconds off lap time to its car in the same period.

Use the control above to hide and show the data for different teams.
NB. Renault was Lotus in 2014-15

The changing fortunes at Williams and Sauber are even clearer to see here. Since the current engine rules were introduced Williams has gone from being F1’s second-fastest team to the slowest. Whereas Sauber, having been slowest for much of 2016-17, ended 2018 as ‘best of the rest’.

A major development in 2018 was Red Bull’s decision to drop Renault and switch to Honda power for next season. Whatever the strengths of the Honda – McLaren (2015-17) and Toro Rosso (2018) do not give a conclusive picture – it’s clear to see why Red Bull feel they’ve reached the limit of what’s possible with a Renault motor as they seem to have hit a ceiling in performance.

Note the data above refers only to occasions where drivers were not classified (completed less than 90% of a race distance) due to a car failure and can therefore under-represent the true extent of reliability problems.

Teams performance and reliability in 2018

Which team was closest to perfection? A car which set the quickest lap time at every round and never broke down would appear at the bottom-left of this graph – the team which was closest was the most competitive.

While Red Bull were close to the performance of Mercedes and Ferrari, reliability was a major weakness. Nor can this be entirely blamed on their Renault power unit, as the works team and fellow customers McLaren both enjoyed better finishing rates.

The highly sophisticated V6 hybrid turbos are not yet as reliable as the V8s they replaced, but are now very close.

For the fifth year in a row Mercedes produced the fastest car. However the performance advantage they enjoyed over their rivals was even less than it had been last year. Ferrari’s car was regularly faster.

Mercedes domination made the early seasons of the V6 hybrid turbo era decidedly one-sided. The state of competition in F1 is improving, albeit very slowly.

Uniquely, the same 20 drivers started every round of this year’s world championship. Unfortunately only six of them were ever realistic candidates for victory.