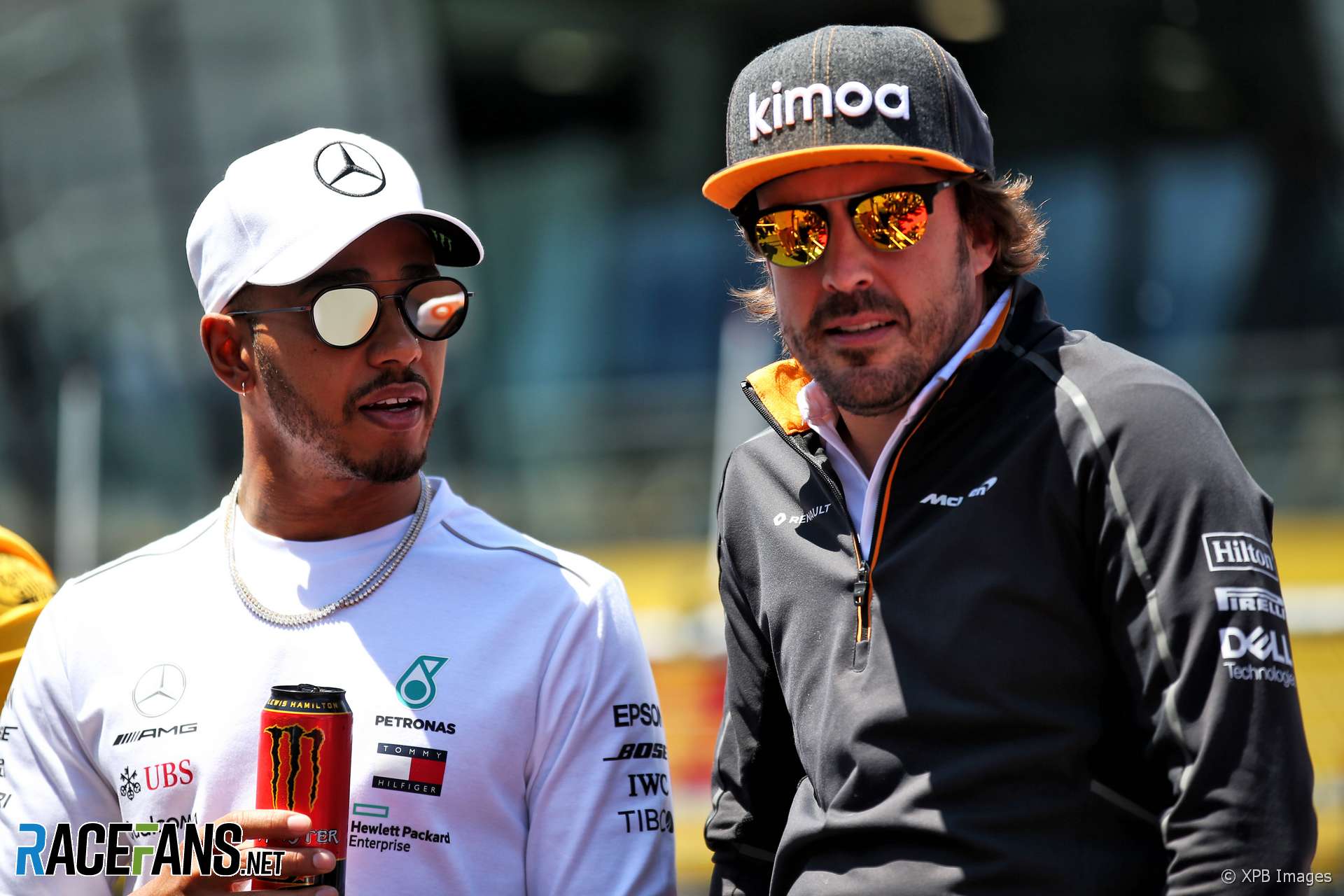 Lewis Hamilton is one of the five greatest world championships Formula 1 has ever seen, according to his former team mate Fernando Alonso.

The pair had a difficult relationship when paired at McLaren during Hamilton’s debut season in 2007. But Alonso said it soon became clear Hamilton was capable of becoming one of the greats.

“Probably at that time it was difficult to imagine what the future could bring for Lewis and any of the guys on the grid,” said Alonso during today’s FIA press conference. “But definitely he showed the talent from day one, fighting for the championship in his rookie year, winning in 2008. Probably at the time we all agreed that five or seven world championships will be possible.

“Then obviously he was a little bit down due to the performance of the car for a couple of years. Switching to Mercedes, maybe at the time we all were thinking that maybe that was not positive because at that time Mercedes was struggling, 2013 and things like that. It’s up and down.

“Lewis winning five now and being the same as Fangio is a great achievement,” said Alonso. “If [any]one were to do that in our generation I’m happy that it’s Lewis because he showed the talent and the commitment.

Hamilton said it was “crazy” to think he could become the second driver in F1 history after Schumacher to reach Fangio’s tally of five world championship titles.

“Fangio is like a godfather of the whole sport for us,” said the Mercedes driver. “He’s one of the greats from the beginning, he will always be admired in the sport. It’s crazy to think I’m embarking on a similar number of championships that he had.”

61 comments on “Alonso: Hamilton is one of F1’s five greatest champions”