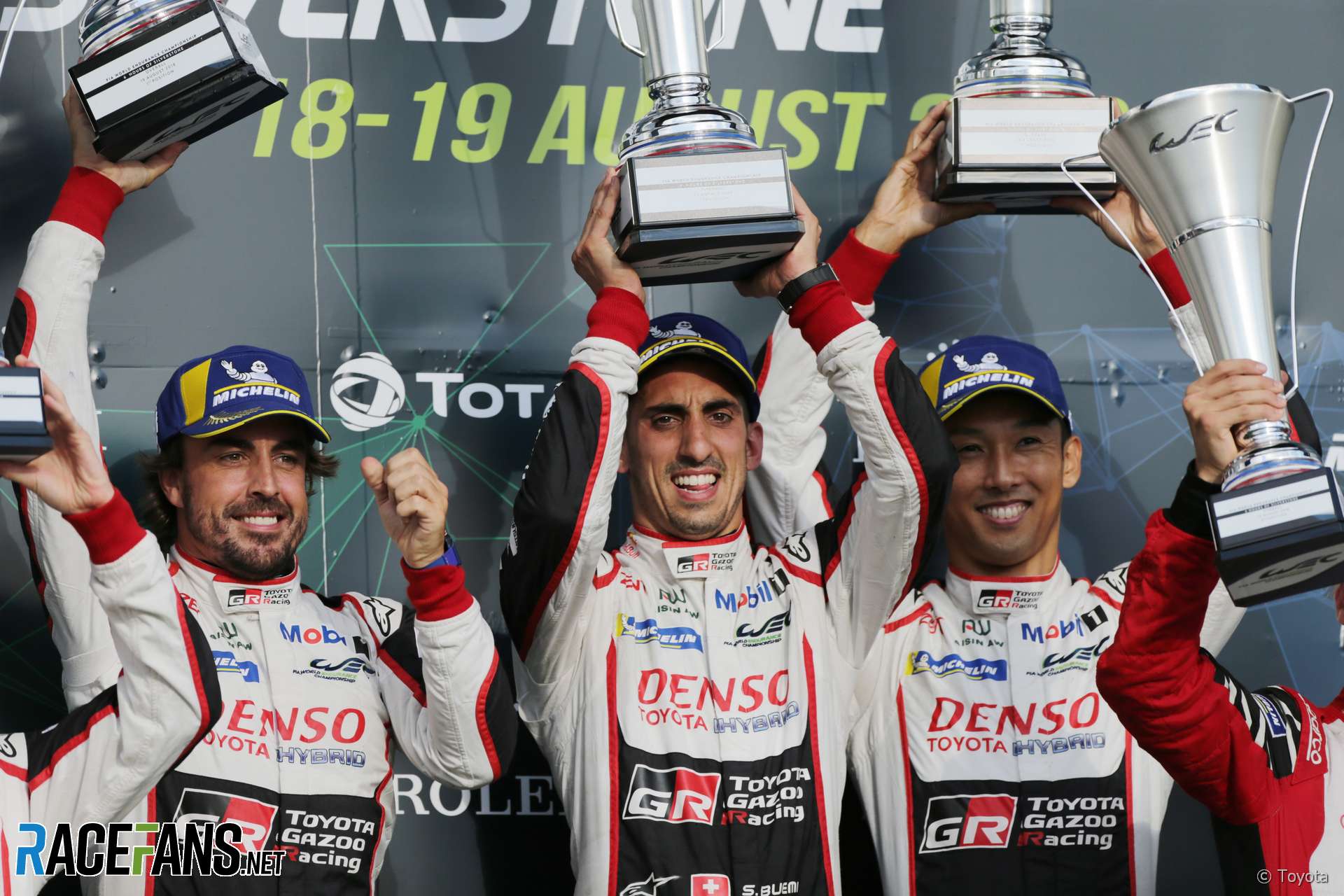 Toyota has blamed damage caused by the new kerbs installed at Silverstone after both the team’s cars were disqualified following their one-two finish in yesterday’s WEC race.

“Both cars suffered damage to their respective front floor areas during the race due to impacts against the new kerbs at Silverstone,” said Toyota in a statement.

“Regrettably, this also caused both cars to fail deflection tests in post-race scrutineering. As a result, race stewards disqualified both cars.”

The team said the part is not new to its TS050, which has already won two WEC races this year. “The design and construction of the part concerned has not changed since its introduction at the beginning of the 2017 season,” it said. “Since then it has successfully passed similar tests, most recently at Spa this season.”

Toyota added it has not ruled out the possibility of appealing against the decision.