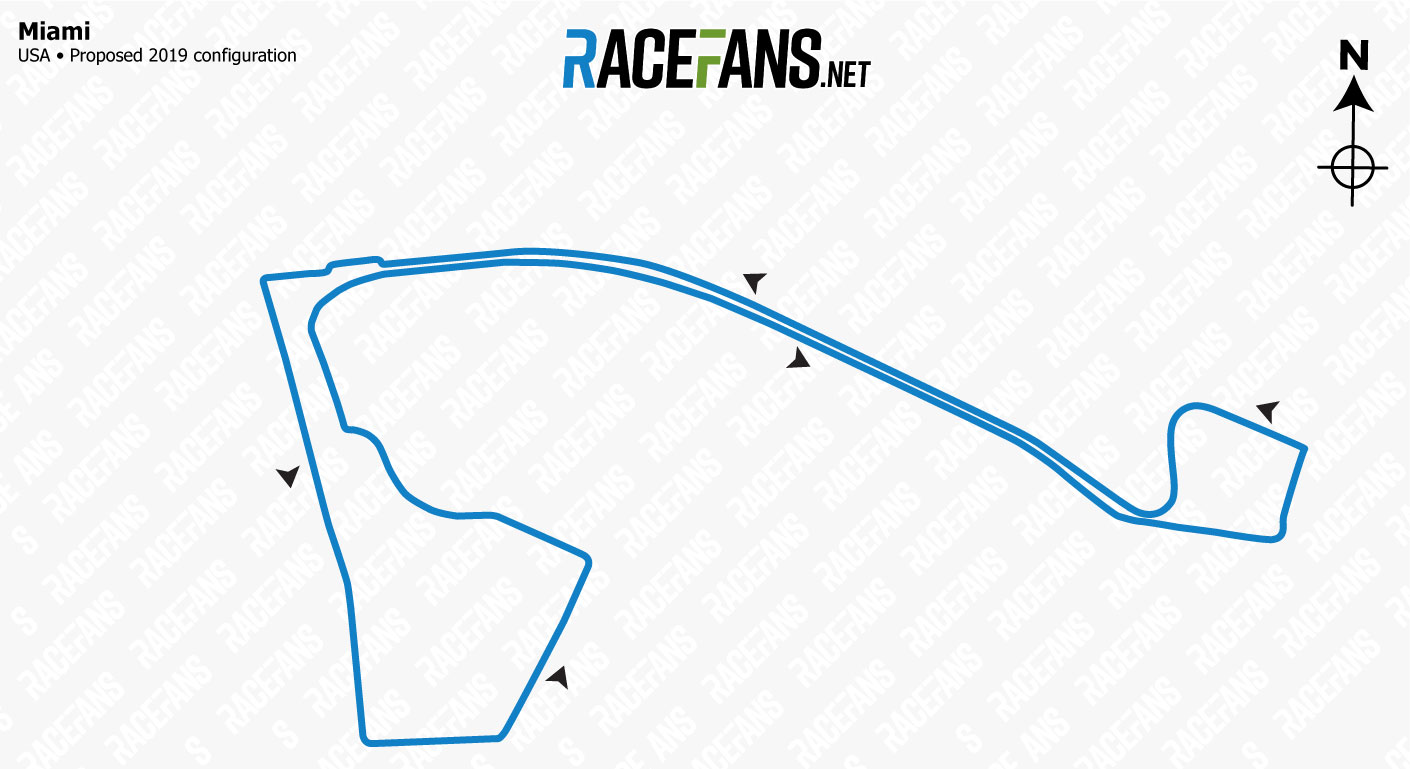 The original layout was criticised by several F1 drivers including Lewis Hamilton.

The latest draft of the Miami Grand Prix track layout (above), revealed by the Miami Herald, shows a new loop at its eastern end where it passes through PortMiami.

The anti-clockwise track previously crossed onto the island, doubled-back through a tight hairpin (below), and returned across the bridge. The new loop has now added several extra corners at this point on the track.

A further change includes the addition of a double chicane, similar to the old ‘bus stop’ chicane at Spa, at the northern end of the circuit. This will likely be to slow the cars down at a fast point on the circuit while providing adequate run-off space.

The City of Miami is in negotiations with the sport to join the 2019 F1 calendar in a 10-year deal with an option to extend for a further 10 years.

This is the original proposal for the Miami Grand Prix track layout. The section to the north, which ran around the AmericanAirlines Arena, was removed as the race promoters were refused permission by the city to use an area of land known as ‘Parcel B’.