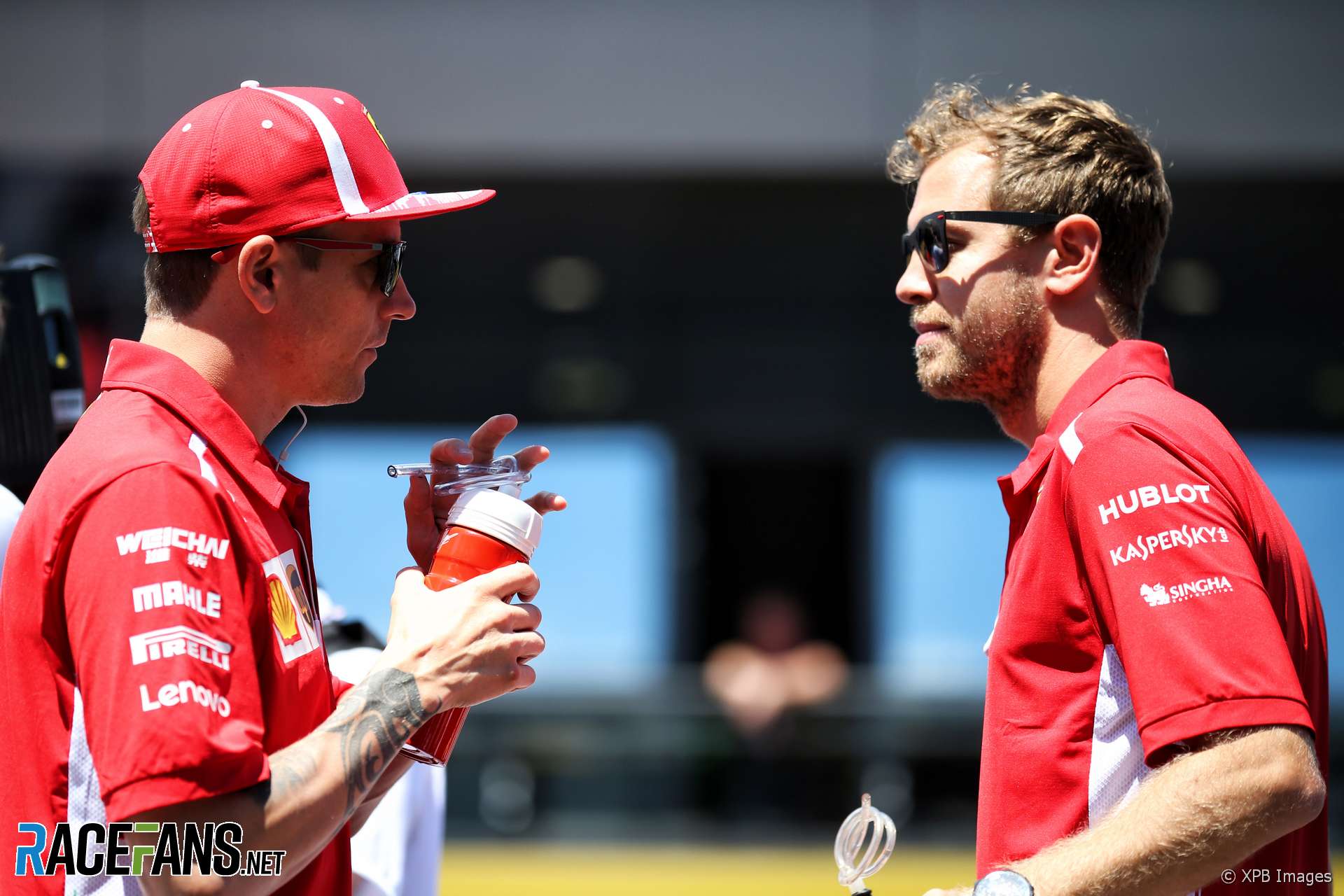 Kimi Raikkonen says Ferrari is prepared to use team orders but not until the appropriate stage in the championship fight.

Raikkonen finished directly in front of team mate Sebastian Vettel in last weekend’s Austrian Grand Prix. Vettel leads the championship standings by one point while Raikkonen is 45 points off the lead.

This prompted questions why Ferrari didn’t swap the running order of its drivers to favour its strongest championship contender, as it has done in the past. However Raikkonen said now is too early in the championship to use team orders.

“We have, we always said, very clear rules and that’s what we go by since I always been in this team. We know what will happen when and if it comes to that, it’s pretty normal for us.

“It’s only from all of you that you [journalists] make big stories. At a certain point it’s always going to happen and that’s more than fair but right now is not the time yet.”

Raikkonen said last year he would only assist Vettel in the championship once he fell out of contention mathematically.

The 2007 world champion has failed to finish in two races this year. A botched pit stop which injured a mechanics ended his race in Bahrain and a power unit problem forced him out of the Spanish Grand Prix. Meanwhile Vettel has scored points in every race.

Raikkonen said the retirements were “part of the game, unfortunately.”

“Apart from that I think we’ve done a pretty solid job. [It] could be always better but the problem with those is more than it doesn’t give us any… we need to make sure that those things doesn’t happen again because you can’t just expect that everybody has days like that.

“Maybe 10 years ago it was more likely that every team, every car will stop the race at some point. But we’ve seen in the last years that it’s usually very unlikely. It happens sometimes but you can’t just count on this – ‘OK it happened to you, it will happen to somebody else’ – it doesn’t work like that any more.

“I think apart from that it’s not been too bad and we try to keep it up and do the best we can and hopefully keep scoring good points.”

19 comments on “Raikkonen: “Now is not the time” for team orders”