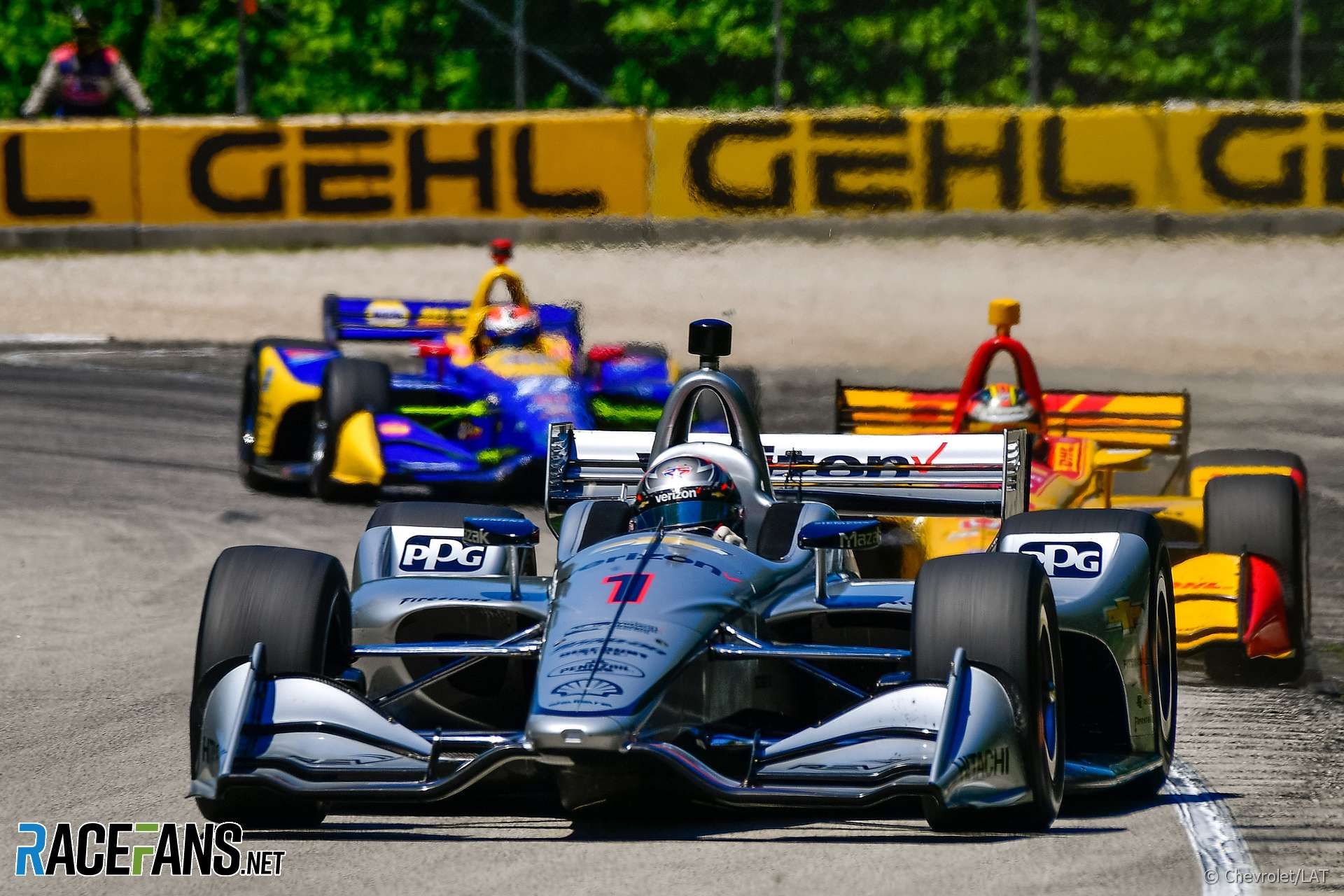 Watch video highlights of last weekend’s racing action including huge crashes at the start of street races in the WTCR and European Formula Three.

Results spoilers are hidden by default. Use the buttons below to reveal race reports.

Edoardo Mortara took pole for the opening race as he looked to make up for his disqualification last time out, while it was a maiden pole for Daniel Juncadella in race two

Show DTM race report
Mortara converted the pole position, but had to put up a stern defence in the closing laps from fellow Mercedes driver Gary Paffett while Marco Wittmann completed the podium. Juncadella couldn’t convert his pole position but was able to utilise it to claim a maiden podium, behind race winner Wittmann and Mortara, who both closed on new championship leader Paffett.

Ferrari junior Marcus Armstrong took two pole positions from three qualifying sessions at the Norisring, but could he convert either to his maiden European F3 win?

Show European Formula Three race report
Armstrong controlled the first race to take a comfortable maiden win from Ralf Aron and Jehan Daruvala. The second race saw another new winner in the form of Jüri Vips, who got the better of Enaam Ahmed and Armstrong to top the podium. The race was full of drama as first Dan Ticktum stalled on the grid and was hit heavily by Ameya Vaidyanathan, and seconds later Ahmed knocked Robert Shwartzman out of contention too. The latter saw the former championship leader pick up a penalty, demoting him from second to 15th and gifting Keyvan Andres Soori a maiden podium. Ticktum recovered to win the third race after passing pole sitter Armstrong, who slipped a further place to third behind Vips.

The Sebastien Loeb Racing Volkswagen Golfs of Rob Huff and Mehdi Bennani locked out the front row of the grid for the first race, but the weekend quickly turned into a disaster.

Show World Touring Car Cup race report
A collision between the team mates caused a huge accident and decimated the field and barriers. Amazingly everyone escaped without injury, and after two hours or repair work the race got underway again – albeit minus 10 of the original starters. Yvan Muller, whose terrible start the first time around spared him becoming embroiled in the carnage, took the win ahead of Esteban Guerrieri and Pepe Oriola. Huff and Bennani were forced to withdraw from the remainder of the weekend due to the damage sustained – along with James Thompson and Gianni Morbidelli. The reduced field aided Mat’o Homola to both his first points finish and win all in one race. Muller finished second with Oriola third once more after Gordon Shedden was handed a five-second time penalty for cutting a chicane and slipped from third to sixth. The third race was a calmer affair, with Thed Bjork winning from pole position ahead of Gabriele Tarquini and Norbert Michelisz.

Josef Newgarden took pole position from his team mate Will Power, looking for his third win of the season.

Show IndyCar race report
Newgarden held the lead easily at the start as an electrical problem meant Power never really got going. Ryan Hunter-Reay and Scott Dixon tried to put Newgarden under pressure, but neither could get close enough to stop the reigning champion becoming the first three-time winner of the season.

A sudden upturn in form saw the BMR Subaru’s of Ash Sutton and Jason Plato lock out the front row of the grid, but would that translate to race pace?

Show British Touring Car Championship race report
Sutton got the defence of his title back on track with his first victory of the season in the opening race, while Plato fought back past Andrew Jordan for second with Tom Ingram claiming third after Jordan spun late on. Sutton took a comfortable win in race two as well despite losing the lead to Ingram at the start, while Plato slipped back having been given a drive through penalty for jumping the start. Ingram held on for second ahead of Turkington. The reverse grid draw saw Daniel Lloyd promoted to pole position and he duly converted it to a maiden victory ahead of Tom Chilton and Senna Proctor.

Sonoma is one of the few non-oval tracks on the NASCAR calendar and has produced nine different winners from the previous nine races.

Show NASCAR Cup race report
Martin Truex Jr. became the first double winner in ten years after previously taking victory in 2013. Kevin Harvick was second to further close the gap on Kyle Busch at the top of the Championship.

Formula 1’s triple-header continues at the Red Bull Ring, with more F2 and GP3 action on the support bill. Also next weekend IMSA heads to Watkins Glen, NASCAR will be racing in Chicago and the World Rallycross Championship moves on to Sweden.