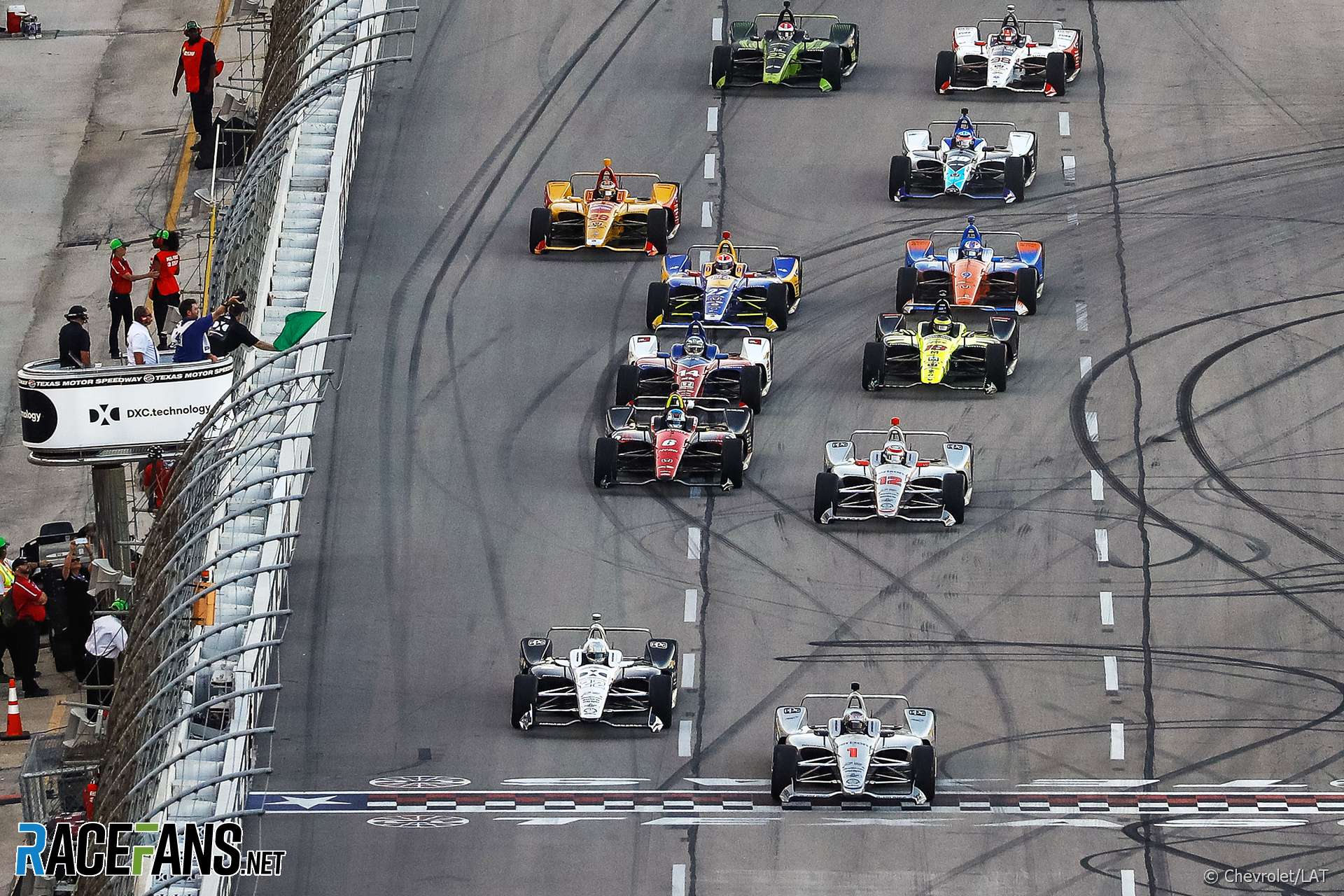 Results spoilers are hidden by default. Use the buttons below to reveal race reports.

Felipe Drugovich took both pole positions once again to continue his form from Paul Ricard, but could he replicate his double wins?

Show Euroformula Open race report
Drugovich dominated once again – though Marcos Siebert stole the fastest lap in the opening race. Behind Drugovich, his compatriots Matheus Iorio and Guilherme Samaia completed an all-Brazilian podium, while race two saw Alex Karkosik take his maiden podium in second ahead of Bent Viscaal in a race that saw no retirements.

It was Chevrolet power to the fore again as Penske locked out the top three places on the grid for the Saturday night race on the high-banked Texas oval.

Show IndyCar race report
The Penske challenge faded due to tyre problems in the race. Scott Dixon hit the front for Ganassi and never looked likely to be beaten. Simon Pagenaud took second on worn tyres, Will Power crashed out, and Alexander Rossi collected third after a slow pit stop.

Show World Rallycross Championship race report
Kristoffesson dominated another round, winning all four of his qualifying races and his semi-final. In the final he narrowly avoided the chaos at the start as Timmy Hansen and Andreas Bakkerud collided, the former sliding sideways towards turn one and barely avoiding the points leader. Kristoffesson put that behind him however and breezed to another victory ahead of Mattias Ekstrom and Petter Solberg.

Thierry Neuville arrived in Italy as Championship leader and therefore in the unenviable position of being first on the gravel road – a significant disadvantage – and needing a miracle to avoid losing points to rival Sebastien Ogier.

Show World Rally Championship race report
He got it in the form of rain on the opening day, thereby quashing his disadvantage of running first. Andreas Mikkelsen took an early lead but was soon left behind by Ogier before hitting problems, as Neuville moved into second while their rivals fell by the weyside. Ogier opened an advantage but come the final day Neuville started to close back in, to which Ogier had no answer. The defending champion had an advantage of 0.8 seconds heading into the final stage, but came through 1.5 slower than Neuville, with the championship leader snatching a crucial victory at the eleventh hour. Esapekka Lappi kept his nose clean to complete the podium ahead of Hayden Paddon.

Matt Simpson took a shock maiden pole in qualifying ahead of returnee Sam Tordoff, but could he hold on for a win having never before even scored a podium?

Show British Touring Car Championship race report
Simpson left a battling trio well behind him to win the opening race, though he had to contend with a smoking engine and rapidly closing Tom Chilton in the final laps. Andrew Jordan completed the podium. However Simpson’s engine problem proved terminal and ruled him out of the remainder of the day. That promoted Chilton to pole for race two, but he was beaten back into third by a flying Colin Turkington and Matt Neal, the former taking his first win of the season and the championship lead. Race three saw Rob Austin handed pole position but a five-car shunt off the line brought out the red flags. At the restart Rob Collard beat Austin away – the pole sitter eventually retired – while Jordan and Turkington completed a BMW sweep of the podium.

Jean-Eric Vergne had a chance to take the title in Switzerland’s first motor race for 64 years, but a dismal qualifying left him 17th on the grid as title rival Sam Bird started third, while Mitch Evans took both his and Jaguar’s maiden pole position.

Show Formula E race report
After four consecutive second places, Lucas di Grassi finally managed to go one better and take his first win of the season. Evans scampered away at the start but a problem left him having to lift and coast early, enabling di Grassi to soar past have already scythed his way through Bird and Andre Lotterer. A full course yellow for debris saw everyone dive for the pits but Vergne – who had moved up to seventh – was delayed and fell to ninth. Matters soon got worse for the championship leader – and several front runners – as they were handed drive-through penalties for speeding under the full course yellow. This allowed Sam Bird to take second with Jerome d’Ambrosio completing the podium, while Vergne could only salvage tenth and a single point, seeing his Championship lead slashed to 23 points with two races remaining in New York.

The start of the 15th round of the 2018 NASCAR season was delayed by over two hours due to rain at the high-speed Michigan superspeedway.

Show NASCAR Cup race report
More rain played an outcome in the race which was cut short after 133 of 200 laps. Clint Bowyer led a one-two-three finish for Stewart-Haas after gambling on a strategy which had him at the front of the field when another downpour hit the track.

The Le Mans 24 Hours next weekend will feature Fernando Alonso, Jenson Button and Juan Pablo Montoya among the start attraction on the grid. Will you be watching? What other motorsport action will you have your eye on? Let us know in the comments.