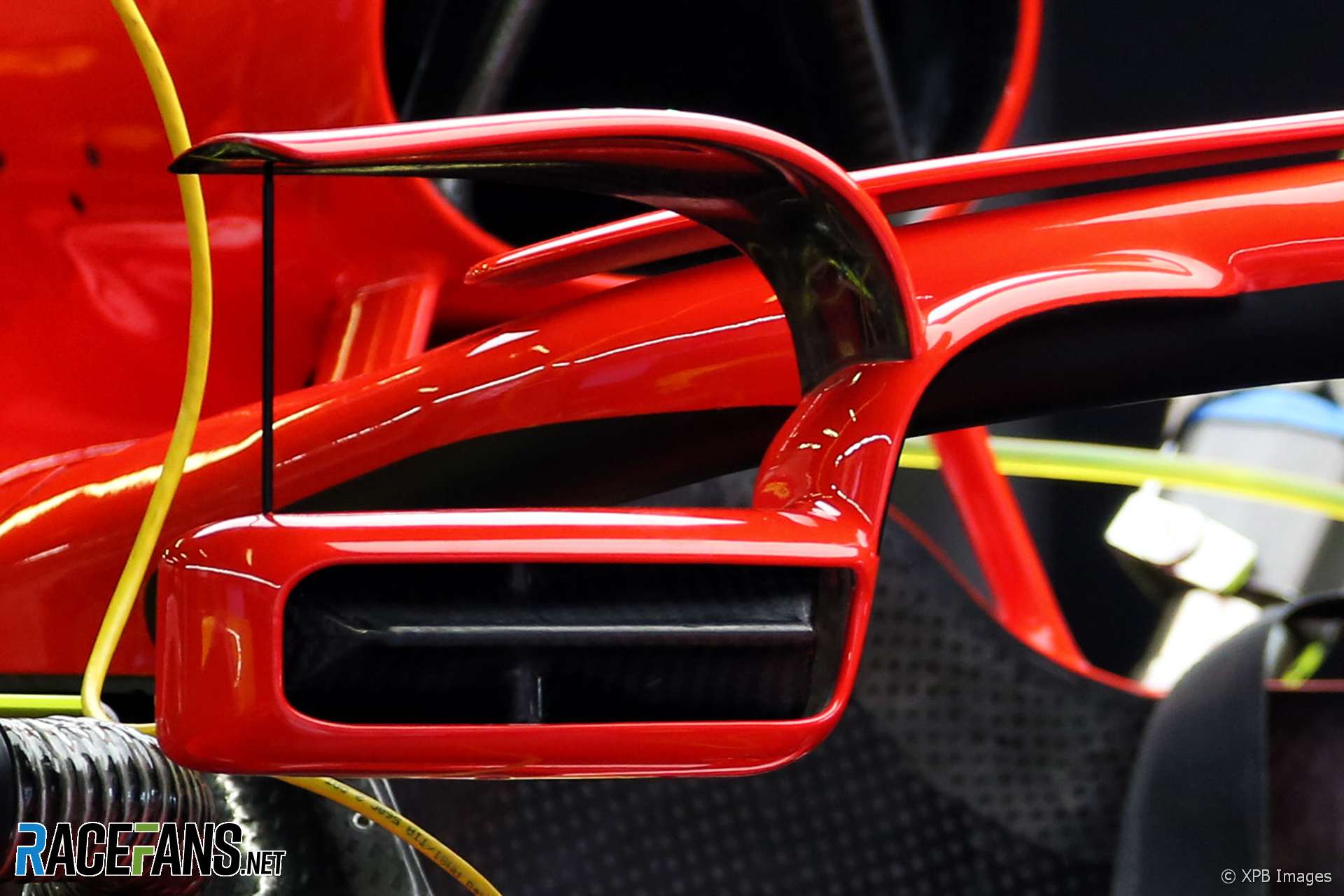 Ferrari’s Halo-mounted wing mirrors are set to be banned today because the FIA does not approve of the way they are attached to the car.

Race director Charlie Whiting confirmed the FIA will issue a technical directive to ban the design Ferrari introduced at the Spanish Grand Prix.

“There’s a liberal interpretation of the word ‘mounting’,” said Whiting. “That’s how they’ve become legal because there’s no bodywork allowed in the area.

“The interpretation hinges on whether we think that’s a mounting or not. We somehow think not, so we’re going to take some action on that.”

Whiting said the team had exploited a grey area in the rules with its design, which was why they’d been allowed to run it at the Spanish Grand Prix.

“If it was a clear breach of the regulations they wouldn’t have been allowed to use it here. But we’ll clarify that to everybody.”

If the team runs the same design in Monaco “we’ll probably go and see the stewards about it,” said Whiting. “But I think the TD [technical directive] will make it clear.”

The FIA had previously confirmed teams are allowed to mount mirrors on the Halo.

“We sent a TD a few weeks ago in response to a number of questions from other teams about whether the principle of mounting the mirror on the Halo was acceptable. We answered yes, it was, and we gave a few stipulations, one that it has to be a mounting.”

However Sebastian Vettel said the team’s reason for mounting the mirrors on the Halo was not primarily aimed at gaining a performance advantage.

“For us it’s straightforward – I see better.” said Vettel. “That was the point of moving them. We asked already in the beginning of the year if we can put them on the Halo because then they would just be in a better position to see what’s going on behind.”

But Whiting believes the design used by Ferrari in Spain was also aimed at making the car quicker. “I doubt they would be there if there wasn’t a measurable aero advantage,” he said. “These days, that doesn’t have to be big.”