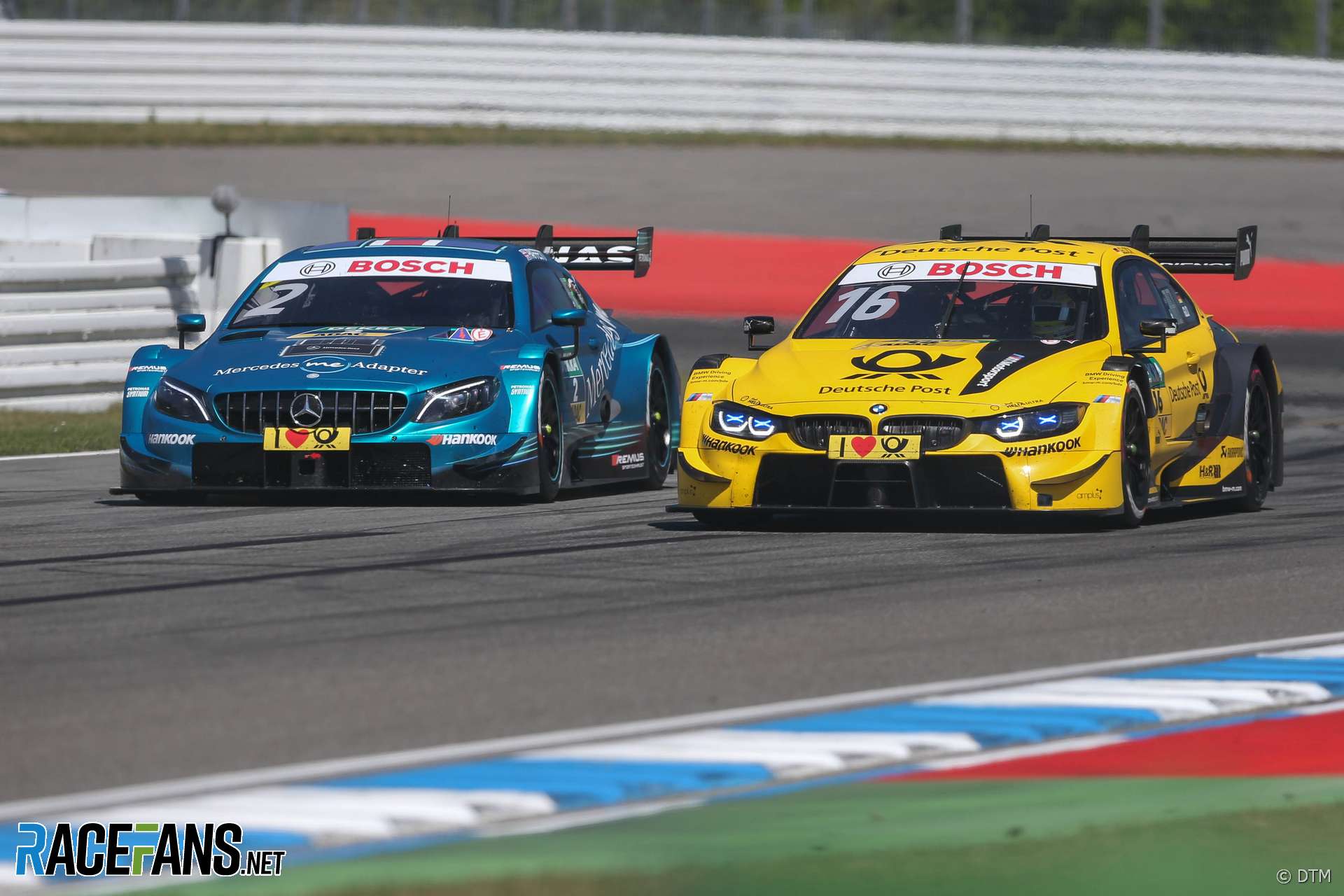 Timo Glock told Mercedes what he thinks of their decision to quit the DTM after his thrilling scrap with Gary Paffett in the season-opening round at Hockenheim.

To avoid spoilers, race reports and post-race videos are hidden by default. You can reveal all the race reports below or reveal individual reports for each round.

The DTM began a new season, one which will be the last for Mercedes as it prepares to bow out of the championship. Gary Paffett put his C-Class on pole position for race one while Timo Glock headed the field for the season race at the Hockenheimring.

Show DTM race reports
Both drivers converted their pole positions into wins but there was plenty of action along the way, notably when the pair scrapped for position in race two. A victorious Glock then used his team radio to lay into Mercedes for quitting the championship in an unexpected, expletive-laden rant:

Newcomer Fernando Alonso shared pole position with team mates Sebastien Buemi and Kazuki Nakajima on his WEC debut after the sister Toyota was relegated to the rear of the field.

A win and a second place last time out gave Felipe Drugovich a championship advantage, but could he maintain or extend it at the second round taking place at Paul Ricard. Pole position for both races put him firmly in control.

Show Euroformula Open race reports
Drugovich did the double, meaning he left France with a healthy 41-point margin over Matheus Iorio in the championship.

Following a strong 2017 Kyle Larson arrived in Dover still looking for his first victory of the season. He put himself in good shape by taking pole position for the 400-lapper at Dover.

Show NASCAR race report
Kevin Harvick scored his fourth victory of 2018 for Stewart-Haas after leading more than half the race, despite a late interruption due to rain. He passed team mate Clint Bowyer when the race restarted after the rain delay. Daniel Suarez followed them home in third, his best result to date on an oval.

The first European race of the season didn't disappoint. pic.twitter.com/Y1yfhlAVDE

The fourth round of the Moto GP season saw a fourth different pole sitter in the form of Cal Crutchlow, but would the race see a fourth different winner? What it did see was a dramatic three-bike crash towards the head of the field.

Show Moto GP race report
Marc Marquez took the lead from Jorge Lorenzo after seven laps, leaving the Ducati driver to scrap with team mate Andrea Dovizioso and Dani Pedrosa for second place. The trio were wiped out in a dramatic crash at the Curva Dry Sac eight laps from home. Johann Zarco was elevated to second place ahead of Andrea Iannone, while pole sitter Crutchlow crashed out early on.

The IMSA field was in action at Mid-Ohio – video coming later.

F1 heads to Spain with Formula Two and GP3 in tow. The following series are also in action next weekend:

...
Read more about Bradley Downton, find all their articles and get in touch with them