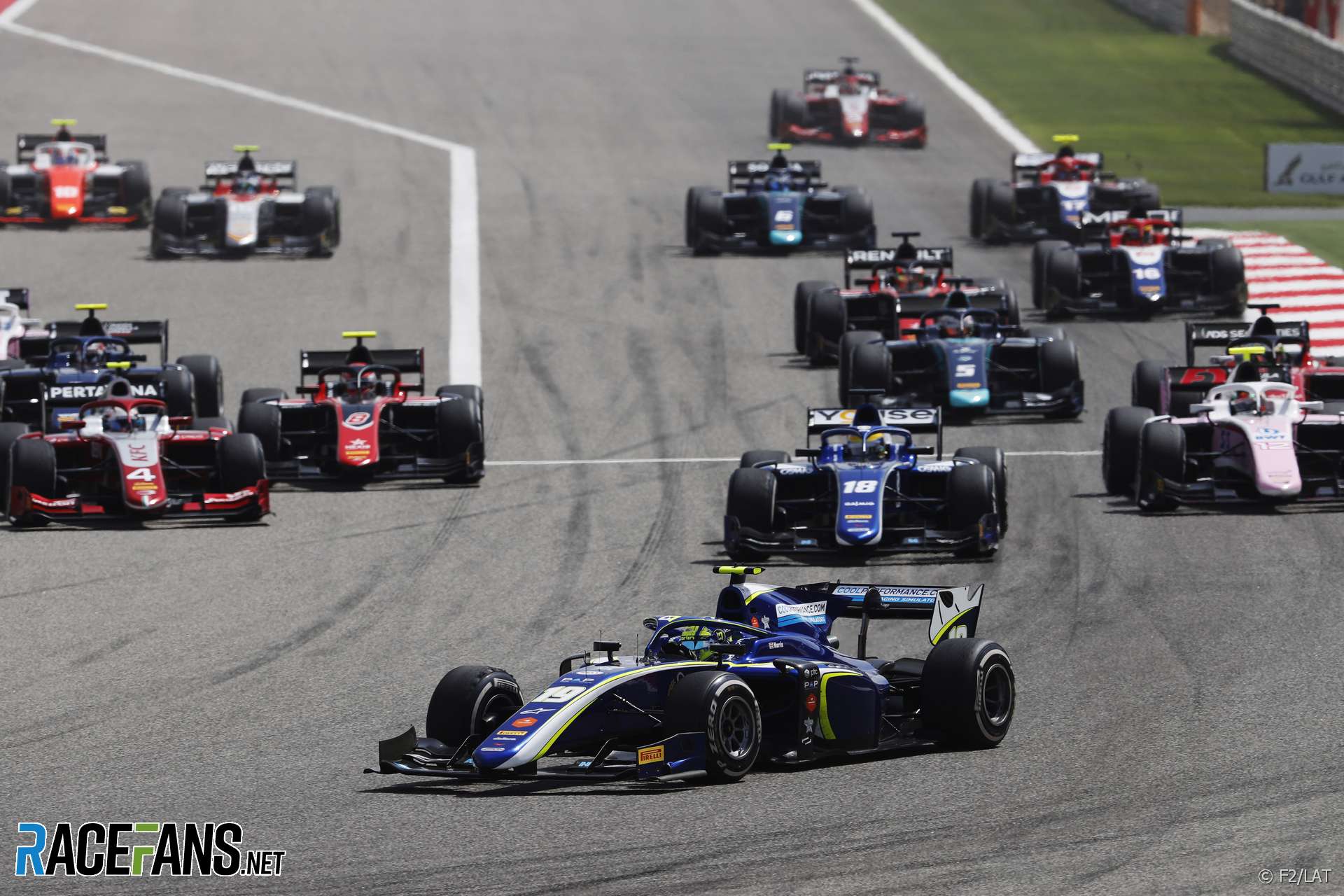 Lando Norris took a comfortable victory from pole position in the opening F2 race of the season in Bahrain.

He led a one-two-finish for Carlin on their return to the championship, though an inspired Artem Markelov did his best to deny Sergio Sette Camara his second place. Following an aborted start, Markelov scythed his way from the pit lane to third place.

Reigning European Formula Three champion Norris made his share of poor getaways last year but showed none of that as he left his rivals standing when the race began. Fellow front row starter George Russell bogged down and slipped to fifth, while Sette Camara took full advantage from sixth and breezed down the middle of the track into second place.

Norris began to streak away up front – pulling 2.4 seconds on the opening lap and a 10-second gap by lap 10. But behind him Markelov was setting the tone for the race, breezing up to 10th by the end of lap five having been forced to start from the pit lane after stalling at the start, along with former F1 driver Roberto Merhi.

Russell was the first of the leaders to pit on lap 14. He temporarily jumped ahead of Sette Camara and Alexander Albon , though the pair soon found their way back through. Up front, Norris finally relented and dived into the pits on lap 17 with Nyck de Vries and Markelov, though the Carlin driver’s advantage was cut to six seconds.

Norris reported on the radio that his engine was cutting out intermittently but nothing came of it and he stretched away once more, while behind Markelov was continuing to fly past cars, the extended DRS zone proving especially effective in F2. He was nose-to-tail with Sette Camara starting the final lap and slipped down the inside at turn one, but Sette Camara switched back brilliantly to go down the inside of Markelov and take the position back, holding on to the chequered flag.