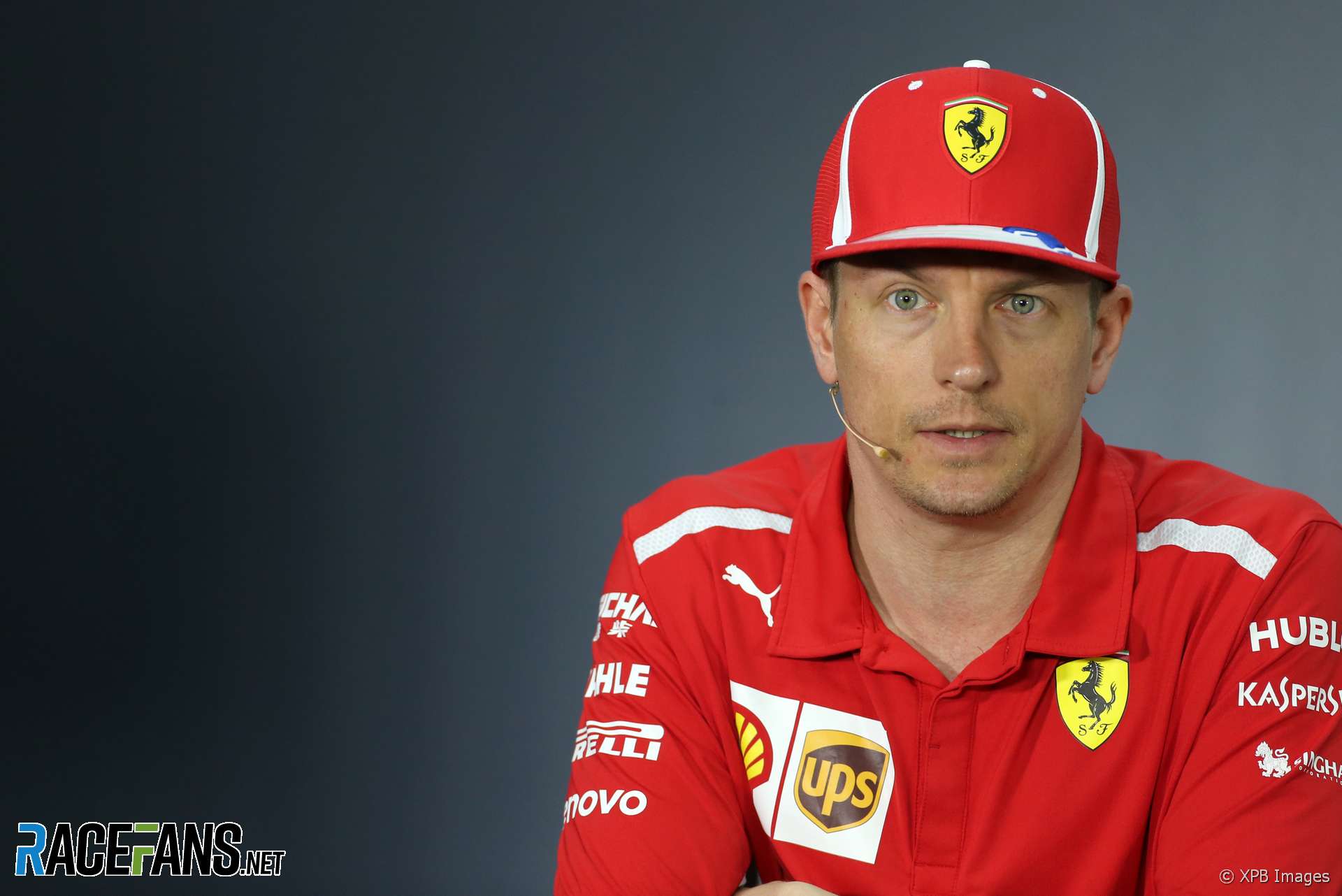 Kimi Raikkonen says he is not concerned about the detail of Liberty Media’s plans for F1 after 2020 as he doubts he will still be racing then.

Speaking in the FIA press conference ahead of the Bahrain Grand Prix, Raikkonen said he isn’t interested in what the sport’s commercial rights holders have planned.

“In the end it’s not our decision, it’s up to them,” he said. “It’s their business, they make plans and decisions what they feel is correct.”

“I don’t know what they’re doing, I know very little about it and I’m not interested either. We’ll see tomorrow what they see. it’s in many years’ time anyhow and I doubt that I’ll be here so it doesn’t really both me at all.”

Raikkonen said it would be a waste of time for him to consider what Liberty’s plans might involve. “I don’t have the power so what’s the point to waste thinking about it?

“I don’t understand what’s the point for me, to give you a list, because in the end I have zero power. We don’t make the rules, that’s my point, so what’s the point even making a story out of it?”

Fernando Alonso said he hopes one of Liberty’s goals is to make the racing more competitive.

“I think it could be a closer battle, that will be always welcome. But it has been always like that in Formula One,” he said.

“I remember watching the TV in the very old days, it was on the television last week a race from 1990 and 1989, and apart from the first four cars everyone was lapped. And we remember that year like a golden era with big names.

“I think if you see now there are series or if you watch a race of IndyCar or whatever, that unpredictable result until the last 10 laps makes you excited in front of the television. And now we can [write] down the qualifying order for this race right now on Thursday and that’s a little bit sad.”