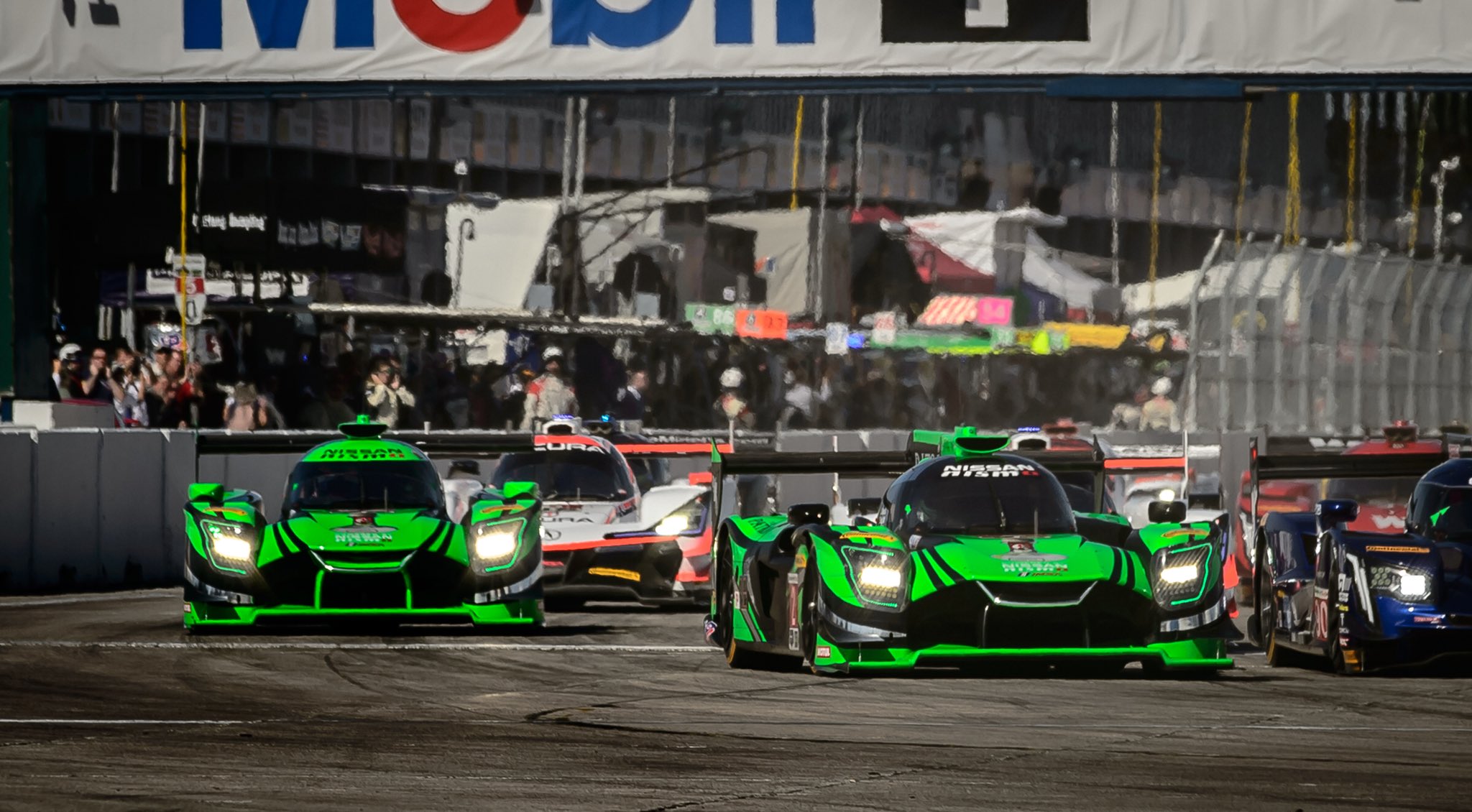 The IMSA field reassembled for its second race of the season following January’s Daytona 24 Hours. The Sebring 12 Hours got off to a frantic start and was decided by a sprint to the flag over the final hour.

It was a wild first hour of the #Sebring12 that included this wreck between @sebsaavedra & @FMontecalvo. Montecalvo walked away. pic.twitter.com/Uf0o9u0Q3w

We are under a FCY after @Team_Penske’s @jpmontoya gets turned around and then stops on course. Loss of drive, but engine running. 4h 45m remain in the #Sebring12 pic.twitter.com/A449SXCvCy

A late Safety Car period set up a tense chase to the flag which was won by Pipo Derani. The Nissan driver shared victory with Johannes van Overbeek and Nicolas Lapierre after pulling out a comfortable gap over former Formula One driver Felipe Nasr at the restart.

Derani emerged from his final pit stop with a nine-second gap to Renger van der Zande in the Wayne Taylor Racing Cadillac, while Nasr dropped to third.

Both Penske cars were in contention early on but fell by the wayside. Ricky Taylor stopped with engine problems while Juan Pablo Montoya retired the sister car after colliding with Tristan Vautier in the Spirit of Daytona Cadillac.

The new Moto GP season got off to a spectacular start in Qatar was Andrea Dovizioso resisted a final-corner assault from Marc Marquez to win by less than three-tenths of a second.

Johann Zarco led the majority of the race from pole position before slipping back in the later stages. He eventually finished while Valentino Rossi took the final podium spot.

The 2017-18 Formula E championship reached its halfway stage in Uruguay where Jean-Eric Vergne resisted race-long pressure from Lucas di Grassi to score his second victory of the season:

The 2018 F1 season begins this weekend at Melbourne in Australia. The following series are also in action: