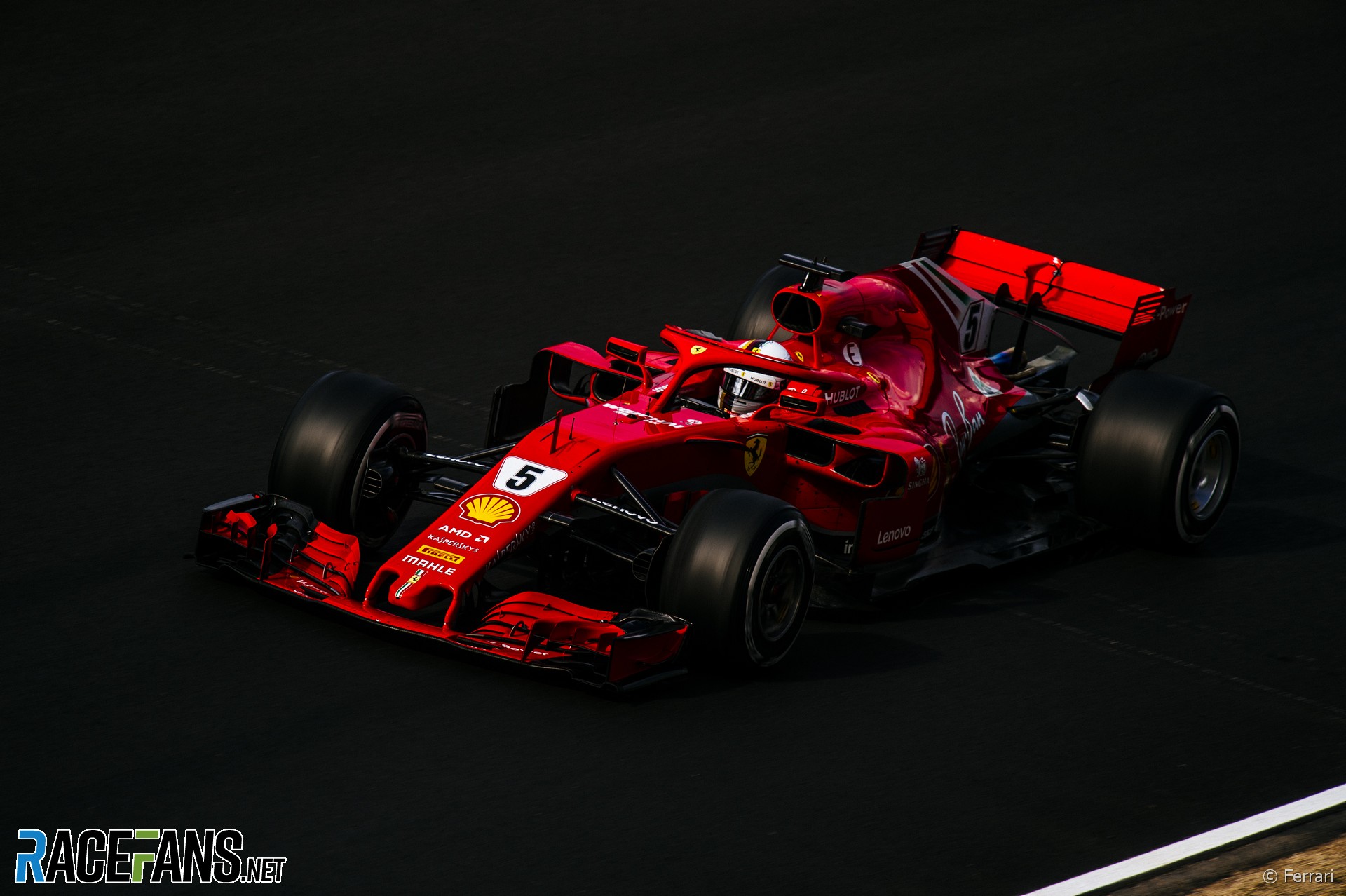 In 2017, Ferrari enjoyed its most successful championship campaign for seven years.

But following its strong start the team’s form dipped. The SF70H won just one race after the summer break, and that didn’t happen until Lewis Hamilton and Mercedes had locked up both titles. By then, Red Bull had ousted them as the most consistent challenger to the silver cars courtesy of Max Verstappen’s wins in Malaysia and Mexico.

The desire to regain that lost impetus is strong. If they can’t stop Mercedes sweeping both titles this year, Ferrari will lose its status as the only team in F1 history to ‘do the double’ for five years running. And Sebastian Vettel would very likely see Lewis Hamilton overtake his tally of world championships.

The SF70H generated excellent downforce, as demonstrated by its wins in Monaco and Hungary. It proved a much less track-and-temperature sensitive design than Mercedes’ W08, allowing its drivers to be in the mix at most tracks.

But not for the first time the team didn’t make the same performance gains throughout the season as its closest rivals did. Will the longer, W08-aping SF71H offer greater development opportunities?

Its power unit brought it a significant step towards competing on an equal footing with Mercedes. But once tighter restrictions on oil-burning were introduced here too Ferrari lost its edge.

It appears they are still pushing the rules as hard as they can in this regard. During testing the SF71H consistently departed its garage in a haze of oil smoke. The gas was being vented from the breather, a new requirement under the 2018 regulations, but exactly why the Ferrari is doing this more than other cars remains to be seen. It does, however, reinforce suspicions they were gaining more than other teams from using oil in the combustion chamber for extra power last year.

Reliability problems relating to the power unit tripped Ferrari up in the second half of 2017. It can ill-afford a repeat now its drivers are limited to three power units per year (and only two examples of some components).

Although Ferrari’s collapse in form during the trio of Asian races which ended their championship hopes was undoubtedly a huge blow to its legion of fans, there was some encouragement to be taken from it. The defeat was not accompanied by the blame-game and sackings which became something of a tradition in the team’s latter years under previous president Luca di Montezemolo.

Sergio Marchionne has shown faith in the team’s home-grown top talent, which is headed for a fourth year by Maurizio Arrivabene. Marchionne has also strived to keep the media at arm’s length, reducing its interaction to a bare minimum, in an attempt to dampen speculation about the team’s potential. That will not have been made easier this year by the fact Ferrari set by far the best testing time of any of the pre-season favourites

However Ferrari perform on the track, the team can be relied upon to cause fireworks away from the circuit as well. Its head-on collision with the sport’s commercial rights holders Liberty Media over planned rules changes for 2021 is a story which can be expected to run throughout the year ahead.

Headlines about a potential Ferrari departure from Formula One also serve as a useful distraction from the absence of recent championship silverware at Maranello. Unless they turn things around in the season ahead, they’ll have gone 10 years without winning a title.

The team continues to enjoy unique preferential treatment in terms of its power to veto rules and receive huge income bonus. But these are increasingly coming into question: FIA president Jean Todt has indicated the veto “will be discussed” and Liberty Media has said it wants a fairer model of income distribution among the teams.

Why hasn’t Ferrari won more titles in spite of these advantages? And can it be persuaded to remain in F1 yet surrender its preferential status? The future of F1’s most famous team rests on the answers to these questions.