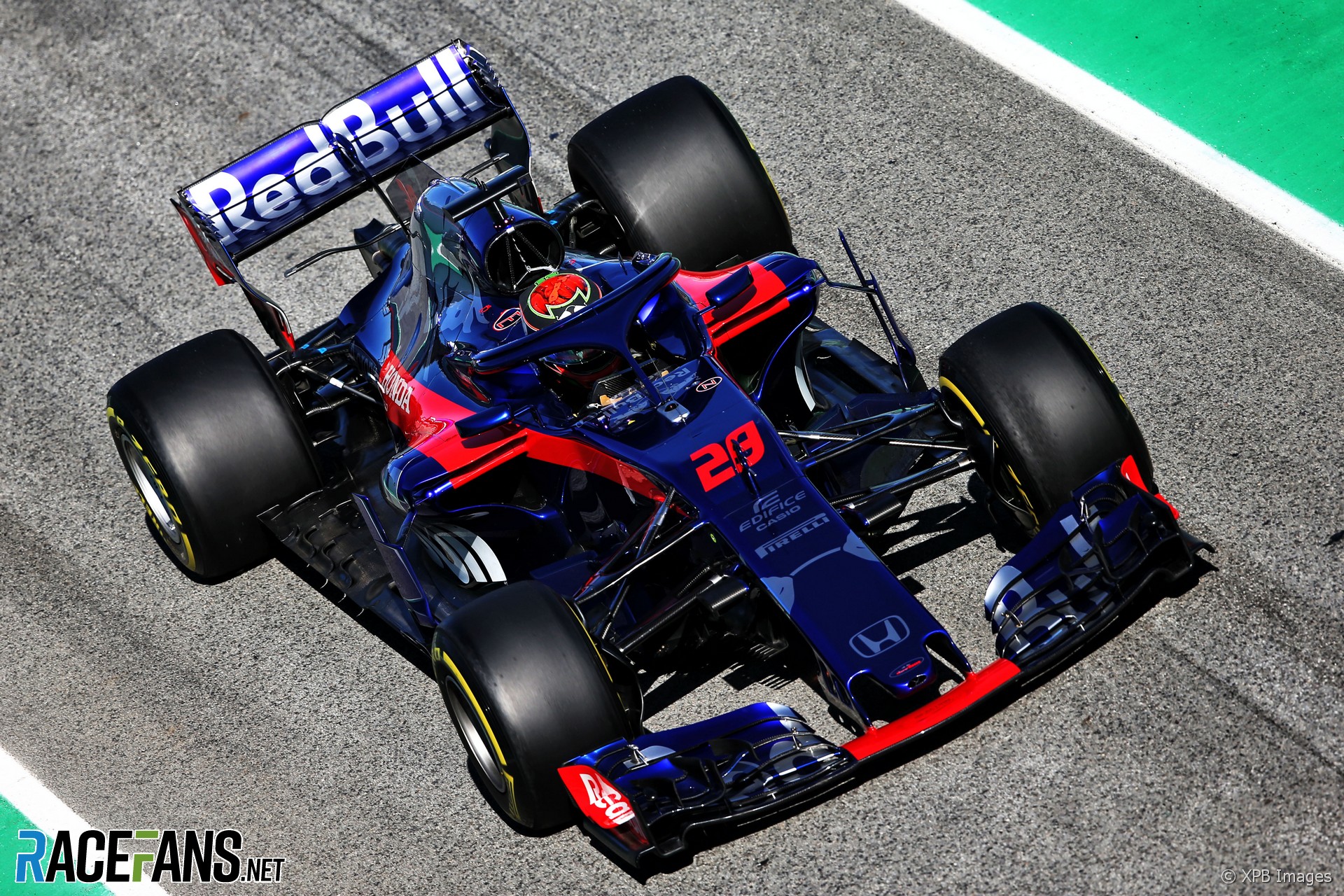 With Red Bull potentially heading for divorce from Renault, it made an awful lot of sense for their junior team to take up the abandoned Honda power unit supply for 2018.

Toro Rosso may be a bit of a guinea pig this year, but the fact that they have had a promising pre-season so far suggests that Honda are back on the up and the STR13 is a good step in performance.

The team had to go through the opposite change to McLaren in terms of putting a Honda in where there was supposed to be a Renault. As technical director James Key explained, the team has had plenty of experience chopping and changing between power units.

“Obviously we had the Renault engine together with Red Bull for three seasons, with a quick go of the Ferrari in 2016,” he said.

“The engine is fundamentally different in its architecture. All these power units are different. Back in the V8 days it was more you kind of filled your space you had, the characteristics of the cooling systems and the software would be quite similar.

“Power units, it’s a totally different situation, there’s a lot of complexity there, there’s different ways of doing things. So I think what we’ve found with the Honda engine installation is it is fundamentally different to the Renault, there’s no commonality possibilities there really. The chassis design, back of the chassis is different but the gearbox is quite different as well. It’s all been done by us in that respect.”

Most of the car’s changes are underneath the bodywork to accommodate the Honda power unit, its architecture a different philosophy from the outgoing Renault. On the minus side, the split turbo design pushes the engine further rearward which affects the weight distribution, although the positive is that the gearbox case no longer has to accommodate the turbine, MGU-H and compressor in such a cramped space. A new combustion process has also been rumoured, alongside changes to the fuel from new supplier Exxon Mobil.

Having started 2017 strongly the team languished in the latter half of the year, not helped by several driver changes. Their car was full of lovely details but they failed to develop upon them and were soon caught by most of the midfield. A lot of those details have been carried over into the STR13, including the raised front suspension arms (not forgetting that they came up with the idea at the same time as Mercedes), the single rear wing pylon that intersects the exhaust and the plethora of slots incised into the floor.

More little touches have been introduced for the ’18 car. Unlike other teams there is a small winglet behind the pillar of the Halo to wick air around the driver’s helmet. Over the second week of testing the team have added an intricate, two element lower T-wing, aiding airflow under the rear wing behind.

So what’s properly new then? At this stage not a great deal externally, although this is hardly surprising given that the team were probably expected a tough testing period. The biggest visible change is up front, where they have ditched the Mercedes-style nose and reverted back to the thumb tip design with McLaren-esque slots in the pylons.

This is quite a different way of handling the air along the centreline of the car, so perhaps this is a weight-driven change – the thumb tip nose is better at dissipating energy in a crash test and therefore requires less material.

As was the case for McLaren, the team’s priority in testing was proving the new mechanicals. They can consider this mission pretty much accomplished as far as was possible given the unco-operative conditions in week one. Only Mercedes and Ferrari racked up more laps.

While the watching world has expressed surprise at Toro Rosso’s encouraging start to the year, the team is taking it in its stride.

“I had really high expectations after a couple of meeting I had at the factory at Faenza about the early signs from Honda,” said Brendon Hartley, “so I had high expectations before I arrived and it definitely delivered.”

Perhaps there will be more surprises to come. McLaren will certainly be hoping there isn’t.