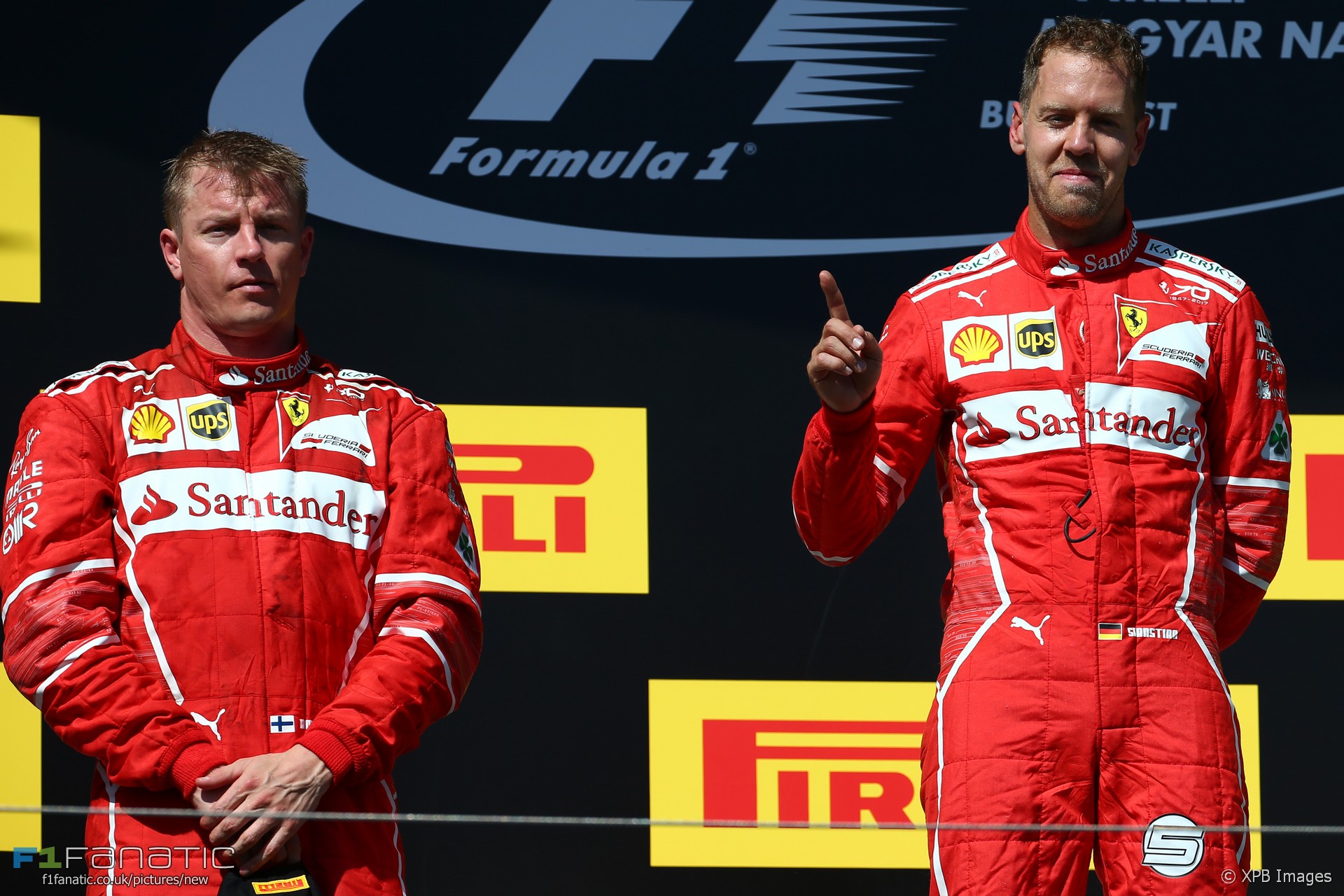 Was Ferrari’s 2017 season a success or a disappointment? It was certainly the most competitive of any team other than Mercedes since the V6 hybrid power unit regulations came into force.

Yet Sebastian Vettel could have made Lewis Hamilton work harder for the drivers’ championship over the final races. The fact that he did rests partly in his hands, partly in his team’s.

In February few expected Ferrari would give Mercedes more to worry about than Red Bull. But consistently strong performances by the red cars in testing warmed Tifosi hearts.

Then came the breakthrough result in Australia. While Hamilton started the season-opener from pole position Vettel hounded him then jumped ahead and was the first person to stand on the top step of the podium in 2017. Mercedes’ fears and Ferrari’s hopes were realised.

What Ferrari had achieved was a car in the SF70H that worked in all conditions and was able to manage and manipulate the new Pirelli tyres – which allowed them to operate consistently every race weekend. Whilst they might not have had the best car in qualifying or down the straights, they dependably quick on race day across a broader range of conditions. This was the case for much of the first half of the season.

Until the summer break the team was in the fight for both world titles. Vettel led the driver’ title fight for more than half the season. But defeat to Hamilton at the team’s home race put the Merceeds driver ahead.

And then came Ferrari’s Asian collapse. Singapore typified their reversal in fortunes. Vetel claimed pole position and had his team mate plus the Red Bulls as a bulwark to the Mercedes, the team lost both cars in a first-lap crash while Hamilton took his most surprising win of the year.

If Vettel’s risky gambit in Singapore handed Hamilton the initiative in the title fight, Ferrari technical problems in the next two races virtually killed off Vettel’s championship hopes. Aside from a pair of punctures at Silverstone, Ferrari had a strong record of finishing races. But it failed to maintain that record as power unit problems wrecked its next two races. A spark plug failure which ended Vettel’s race in Japan was blamed on a £45 (€52) part.

In contrast Mercedes were almost bulletproof. Revisions to the technical regulations on how engines consumed oil also eroded another of Ferrari’s strengths.

In the latter years of Luca di Montezemolo’s Ferrari championship near-misses resulted in a traditional rolling of senior heads. This has not happened so far. Inevitably paddock rumours swirled around president Sergio Marchionne’s faith in Maurizio Arrivabene but Vettel gave his team principal a strong vote of confidence. He unsurprisingly did the same for Raikkonen, who largely failed to offer any serious competition in the second car.

“In the end Mercedes was better,” was Vettel’s assessment of their season. “They were faster – look at the amount of pole positions, of race wins”. However the fact Mercedes took 12 wins to their five somewhat embellishes the advantage the silver cars had for much of this year. It was a closer title fight than the final scoreline looked.

For Vettel, “the positives outweigh the disappointments” and that is hard to disagree with. But if the team don’t build on the progress they showed in 2017 he may yet regret committing to them for another three years.

25 comments on “Rejuvenated Ferrari falter with titles in sight”