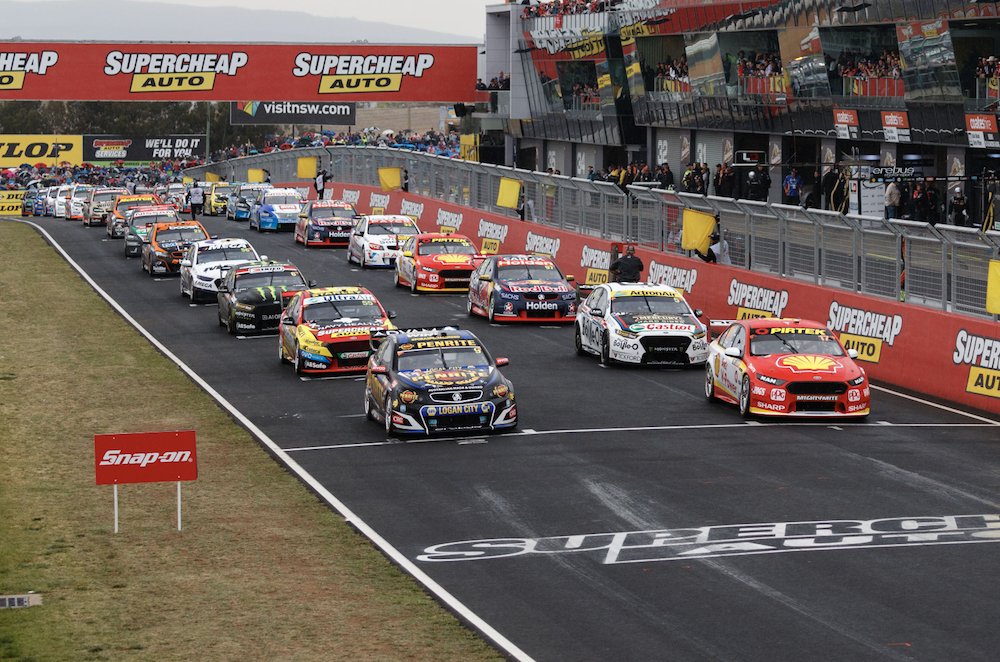 Damp conditions made the Mount Panorama circuit even more treacherous than usual and produced a thrilling Bathurst 1000.

Catch up on video of last weekend’s racing highlights below.

A lunge for the lead. Surely this was the @BlundstoneAU Pass of the Race?#Bathurst1000 #VASC pic.twitter.com/5ne6x4NZoq

David Reynolds and Luke Youlden shared victory as Australia’s Supercars series made its annual visit to the mighty Mount Panorama circuit for the Bathurst 1000. Persistent rain made for tricky conditions on a punishing circuit and a string of drivers went out or lost time in crashes.

The decisive moment came in the final laps when Shane van Gisbergen and Garth Tander went off. Nick Percat assumed the lead but Reynolds pounced to move ahead, and held his nerve to the end despite another Safety Car restart in the closing laps.

Harrison Scott, who had already wrapped up the title at Monza, continued his domination of the series at Jerez. He’s now won the last seven races in a row and 12 of the 14 so far this year. Just two races remain at the Circuit de Catalunya at the end of the month.

The IMSA Sportscar Championship finished in style with its annual ten-hour race around Road Atlanta: the 20th running of Petit Le Mans. The number 22 Nissan of Brendon Hartley, Ryan Dalziel and Scott Sharp took victory but only after the sister car of Pipo Derani and the number five Cadillac were given penalties during the last half hour.

Derani’s drive-through penalty for pushing the Ford GT of Ryan Briscoe into the barriers while lapping him. Cadillac driver Filipe Albuquerque landed in even more trouble after pushing team-mate Dane Cameron onto the grass. As well as copping a 60-second stop-go penalty he was also given a drive-through for taking too long to serve his original sanction.

This promoted the Cameron car – co-driven by Eric Curran and Mike Conway – up to second. The Penske of Helio Castroneves, Juan Pablo Montoya and Simon Pagenaud took third on its return despite dropping to last in the first half hour after being hit by the Scuderia Corsa Ferrari GTD.

Video not available yet.

Kris Meeke bounced back from a troubled recent few rounds to win the Rally of Spain. But the big winner in the championship was Sebastien Ogier, who stretched his lead following primary rival Thierry Neuville’s late retirement.

Ott Tanak led the rally initially before Norwegian duo Andreas Mikkelsen and Mads Ostberg took over the scrap on Friday afternoon. The gaps were virtually nonexistent however, and on Saturday morning Meeke stretched his legs and moved into a lead he never relinquished.

There was late drama on Saturday and disaster for Hyundai as Mikkelsen and Dani Sordo both crashed out at exactly the same point on stage 12, from what had been second and sixth respectively, with their championship contender Neuville having already experienced problems with an off and time loss and sitting just fifth.

Things went from bad to worse on Sunday however as Neuville replicated the incidents that claimed his team mates the previous day on stage 16. The impact left his steering arm, and arguably his championship chances, in tatters and beyond repair. Up front meanwhile behind Meeke, Ogier took second with Tanak third, the latter moving one point ahead of Neuville in the championship. Ogier now leads by 37 points from Tanak with just two rallies and 60 points remaining.

Martin Truex Jnr notched up his sixth win of the season, all bar one of which have come on 1.5-mile ovals, as NASCAR returned to Charlotte. That secured his place in the next round of the play-offs.

Think Yas Marina is the only track with a pit lane exit running under the circuit? Not any more: The Zhejiang track in Shaoxing, China, opened last year and boasts the same feature. The 3.2-kilometre layout is a compact affair but the TCR International Series produced some exciting action on its debut at the track last weekend.

Lewis Hamilton further extended his championship lead after another torrid weekend for Sebastian Vettel. Hamilton won the Japanese Grand Prix after fending off a late attack from Max Verstappen while Vettel retired in the opening laps.

Charles Leclerc won the F2 title in the opening race at Jerez to ensure he’d wrapped it up with three races to spare, by winning from pole position despite a late attack from rival Oliver Rowland following a late safety car. Artem Markelov won the reverse grid race meanwhile with some impressive overtakes having looked after his tyres the best in a tricky race.

Jerez also saw the GP3 champion for the season crowned with a round to go as Mercedes junior George Russell secured the championship having beaten rival Jack Aitken in both races. Nirei Fukuzumi won the opener from pole position ahead of Russell and Aitken, while Alessio Lorandi took his maiden GP3 win in race two from Dorian Boccolacci and Anthoine Hubert.