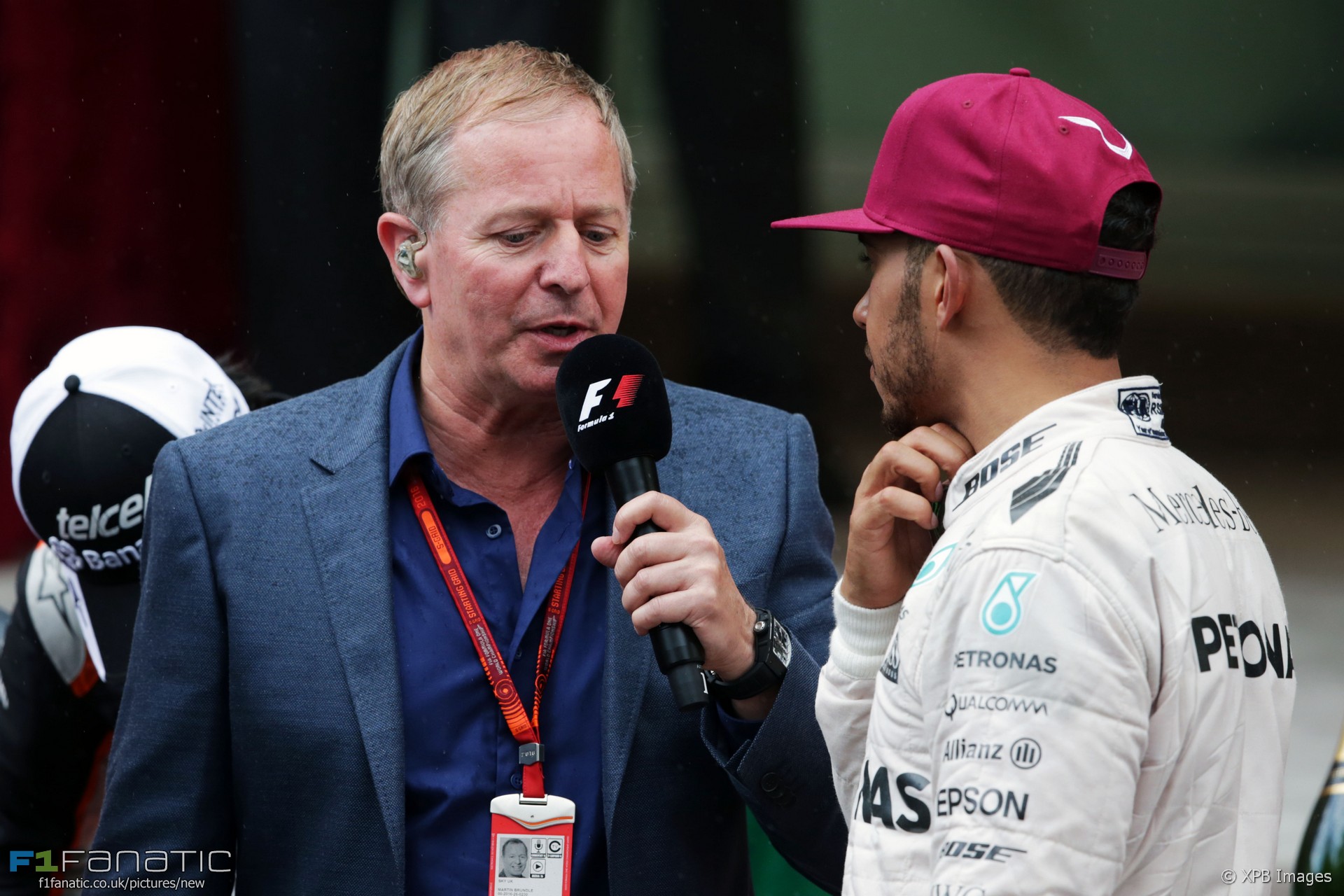 The former Formula One driver, who is now a television commentator, was taken ill on his way to the podium ceremony at Monte-Carlo.

“I had a small heart attack running to do the podium in Monaco,” Brundle revealed during an interview at the Autosport International show.

He later revealed on Twitter he had “a medical procedure” due to a “serious heart issue”, which kept him from participating in the Canadian Grand Prix coverage. However he was able to compete at Le Mans in an LMP3 car just over two weeks later, setting pole position and finishing second in the race.

“I ended up with a 23mm stent in my left arterial descending,” Brundle explained. “So I didn’t think I could do the race and the cardio guy said ‘yeah, you can do the race, just don’t forget your blood thinners’.”

“I went to Palmersport and did 75 laps in a car and thought ‘yeah, I can do this’. I had bruises coming out of my chest but I thought ‘I love Le Mans, I’m not going to miss this’.”

“I sat at the press conference and there was a 17-year-old and a 19-year-old sitting alongside me and I thought ‘that’s not bad for an old geezer, 57’. We finished second in the race which was unfortunate, not first.”

Had a medical procedure last week, went extremely well. I won't be in Montreal but my excellent @SkySportsF1 colleagues will. Every lap live

Thanks also to the Cardioligist and surgeon who fixed my serious heart issue 2 weeks ago and gave me confidence to race. I am 20 yrs younger