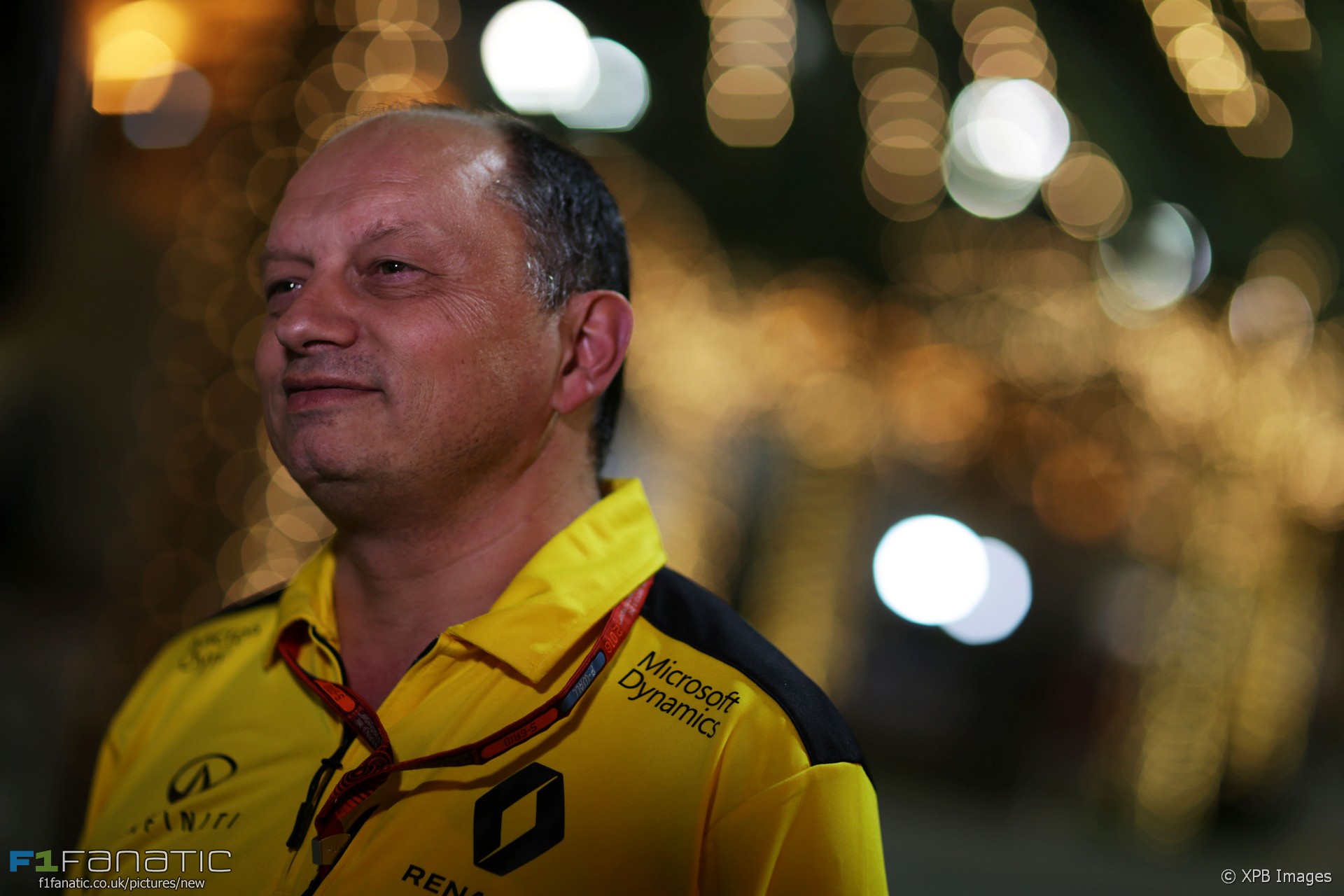 Renault team principal Frederic Vasseur has stepped down, the team has announced.

“Renault Sport Racing announces that Frédéric Vasseur is leaving his role as Team Principal of the Renault Sport Formula One Team,” the team announced in astatement.

“After a first season spent relaunching and rebuilding its Formula 1 team, Renault Sport Racing and Frédéric Vasseur have agreed by mutual consent to part company, effective as of today.

“Both parties remain committed to maintaining the good working relationship they have enjoyed and expect this to take a new form sometime in the future.

“The outlook of Renault’s second season back in Formula 1, as well as the resources implemented to meet them, will be set out in detail at the presentation of the team’s new race car.

“The Renault Sport Racing and the Formula 1 team continue to be managed by Jérôme Stoll, its President, and Cyril Abiteboul, its Managing Director.”

23 comments on “Renault’s Vasseur steps down”