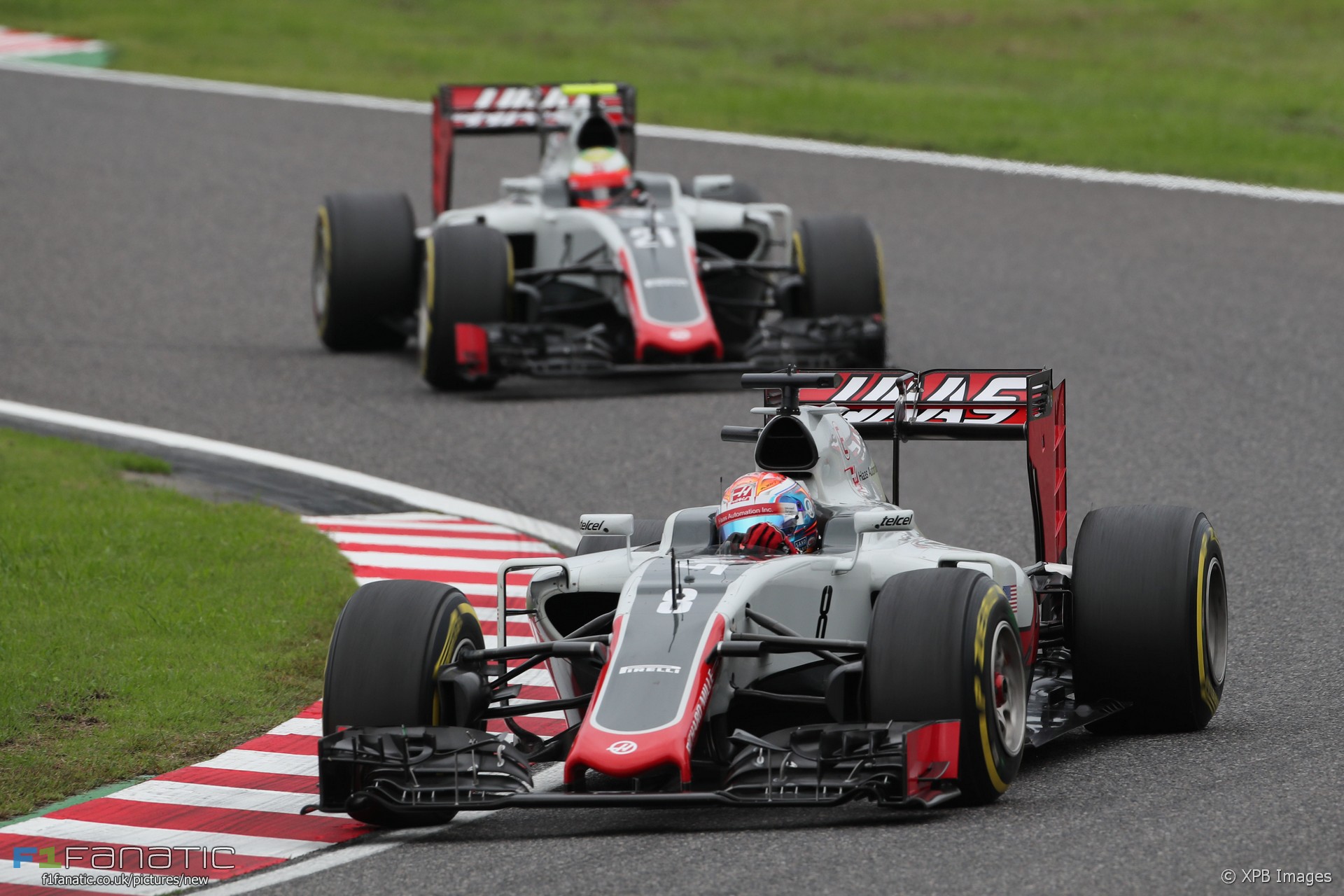 The fight between team mates at the back of the grid is always intense. Coming out ahead can be the difference between scoring points and missing out – as was the case in three teams this year.

Here’s how the drivers at the tail of the field got on compared to their team mates.

The graphs and tables below show which driver had the greater share of the better results within their teams and who came out on top in every qualifying session and race this year.

While Romain Grosjean scored all of the points for newcomers Haas, Esteban Gutierrez has some grounds to feel aggrieved at being shown the door after a single season.

Out of the 13 occasions where the teams cars were still circulating at the end of a race, Gutierrez led Grosjean home more often not. He often finished just outside the points in 11th place.

Grosjean’s qualifying pace proved too much for Gutierrez, however. His team mate also banked big points scores in the two opening races when Haas were at their most competitive.

To widespread surprise it was Jolyon Palmer, not Kevin Magnussen, who landed a second year at Renault. Magnussen was understood to have been unhappy with the terms he was offered by the team.

In the junior categories Palmer had a reputation for taking time to find his feet before delivering. That can be seen in his performance this year, where he gradually narrowed the gap to Magnussen and, in the final races, was arguably the better of the two.

Only at Mercedes did the balance of power between drivers swing quite as sharply as it did at Sauber. Felipe Nasr being the team’s only driver to score any points went somewhat against the run of play, but the number of non-finishes the team had somewhat obscures the reality of their race results.

Pascal Wehrlein gave Manor their only points score of the season. This was during the first half of the year when he was easily able to keep Rio Haryanto behind.

But he missed out on a 2017 promotion to Force India. Esteban Ocon, who joined him at the team for the final nine races of the year, got the gig instead.

Both drivers are known to the team and backed by their power unit supplier Mercedes. Ocon was up to speed in the races fairly quickly but you have to wonder whether Wehrlein’s reputation for being difficult to work with didn’t help his cause when it came to getting a promotion.

Which of these drivers had the best or most surprising performances against their team mates? Have your say in the comments.