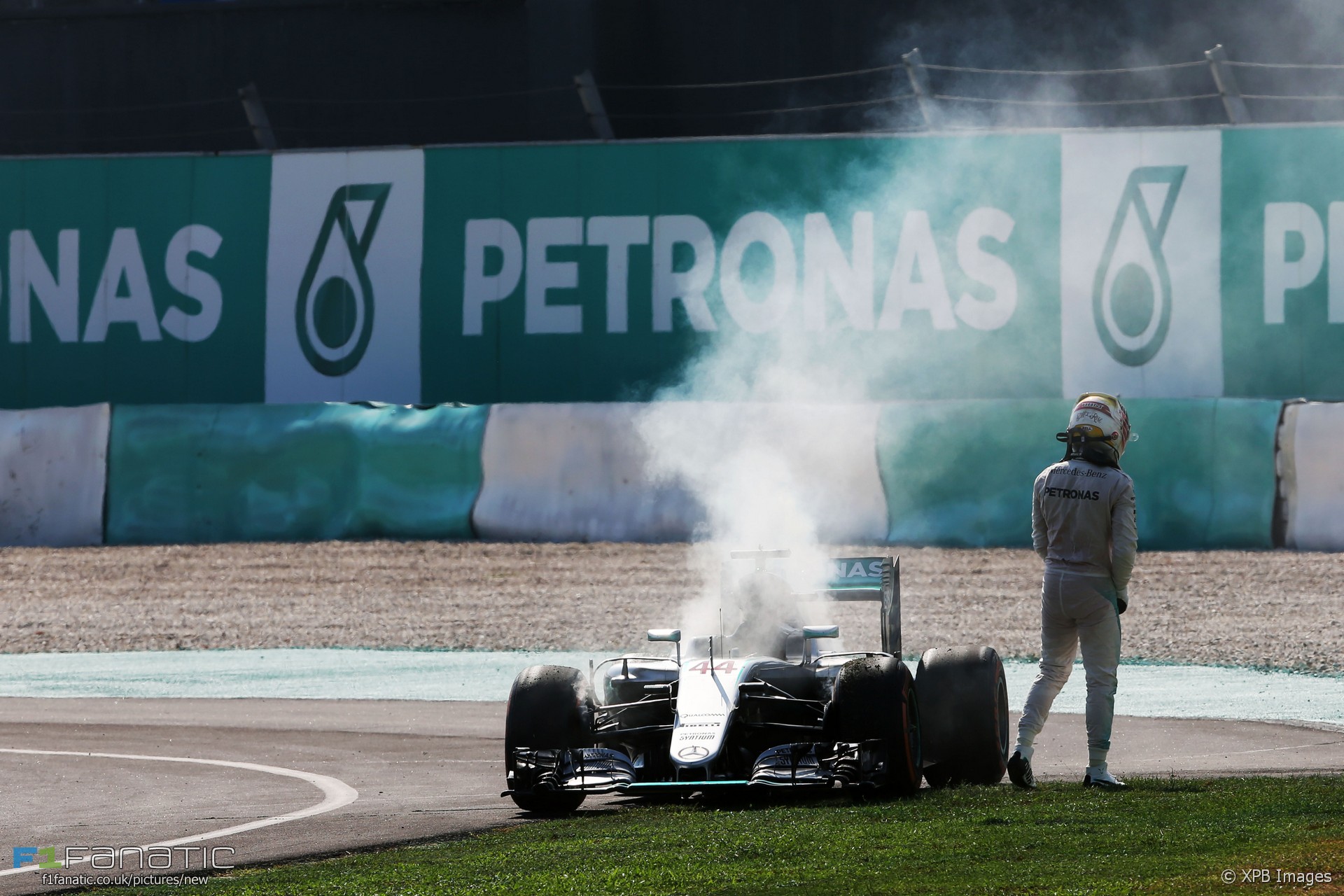 Mercedes have traced Lewis Hamilton’s race-ending engine failure in the Malaysian Grand Prix to a problem with a bearing.

“Our analysis has shown that Lewis’ engine suffered a big-end bearing failure in Malaysia,” the team revealed on social media.

“This happened without warning after 618 km and was preceded by a loss of oil pressure in turn 15.”

Hamilton’s retirement, which left him 23 points behind team mate Nico Rosberg in the championship, was the first this year for either Mercedes driver.

However Hamilton also experienced a succession of early-season failures during qualifying sessions which led him to use a raft of new power unit parts at the Belgian Grand Prix and take the accompanying penalties. This has left him with a stock of new units to use during the remaining five races.

He therefore has further new engines he can use this weekend without taking a further penalty.

Hamilton’s comments about his failure attracted widespread attention after the race but he has since expressed confidence in his team.

“The guys are hurting from what happened too and I know they’ll be working just as hard to get things right next time,” he said. “It’s not the lowest point I’ve had. There have been lower moments for sure.”

“Of course last weekend was a massive disappointment,” he added. “Not just for me personally but for the whole team. But there’s no use dwelling on these things. That’s just negative energy.”