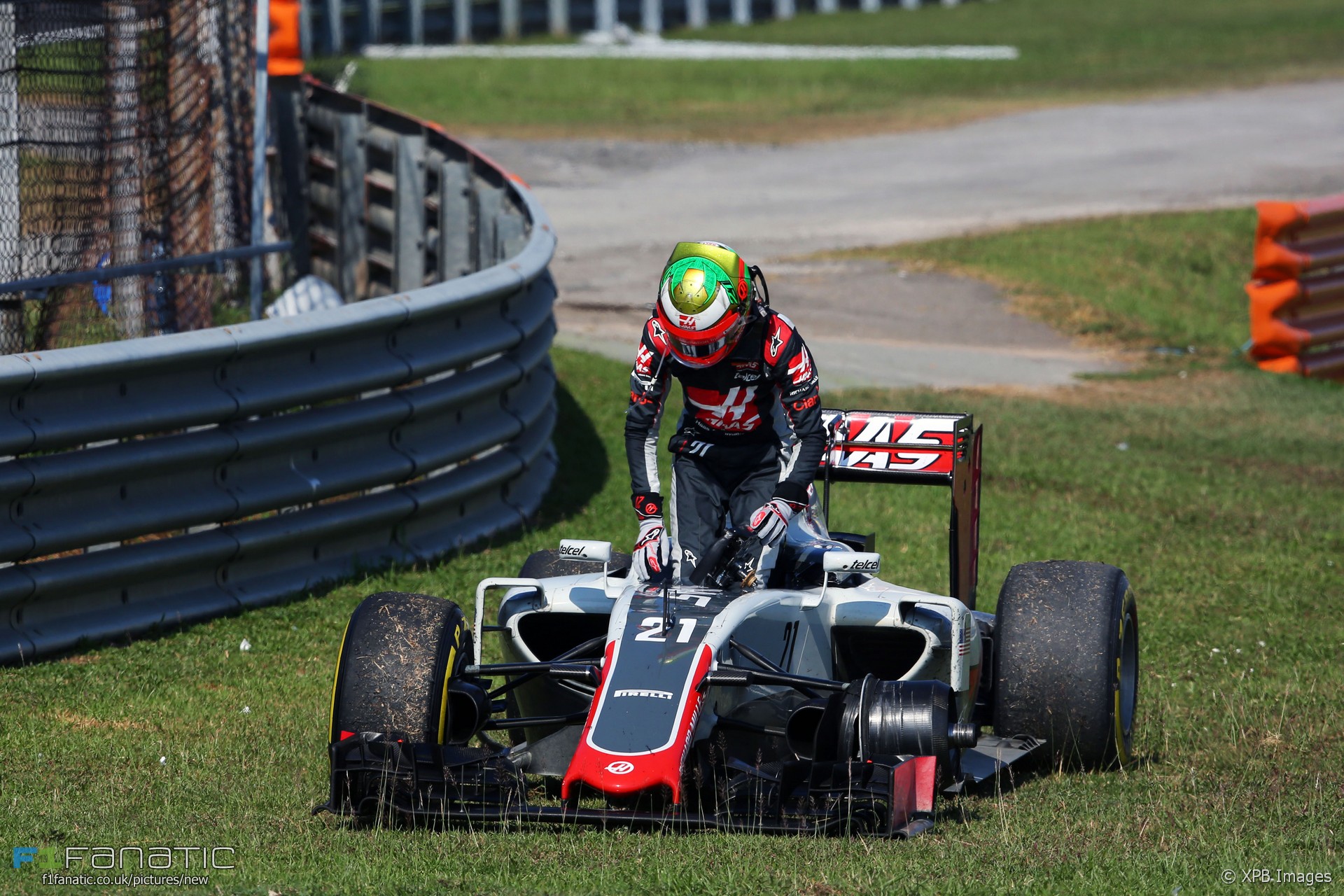 Haas have been fined €5,000 after a wheel came off Esteban Gutierrez’s car during the Malaysian Grand Prix.

Haas will also have to demonstrate to the FIA what steps they are taking to avoid a repeat of the incident.

However the stewards ruled Gutierrez was not aware he was driving a car which was in an unsafe condition and cleared him.

“Having reviewed the audio from the car, the available data and spoken to the driver and team concerned, the Stewards were satisfied that the driver Gutierrez did not know that he was driving the car in an unsafe condition.”

“It appears that a mechanical failure led to the wheel being able to be tightly fitted to the car while not actually attached correctly. An additional failure occurred in turn one under braking, but the wheel was still retained in an abnormal way until it appears that the failure of the rim blew the wheel past the retention devices.”

“Having spoken with the technical delegate, the stewards were satisfied that the retention devices operated within their required design limits. However, as some function of the design, part failure or fitting allowed the wheel to come loose on the track, which is considered a serious safety issue, the stewards determined that this led to the car being released in an unsafe condition.”

“In addition to the fine above, the stewards order that the team provide the technical delegate with a report on the failure and all corrective actions.”

One comment on “Gutierrez cleared, Haas fined over wheel loss”