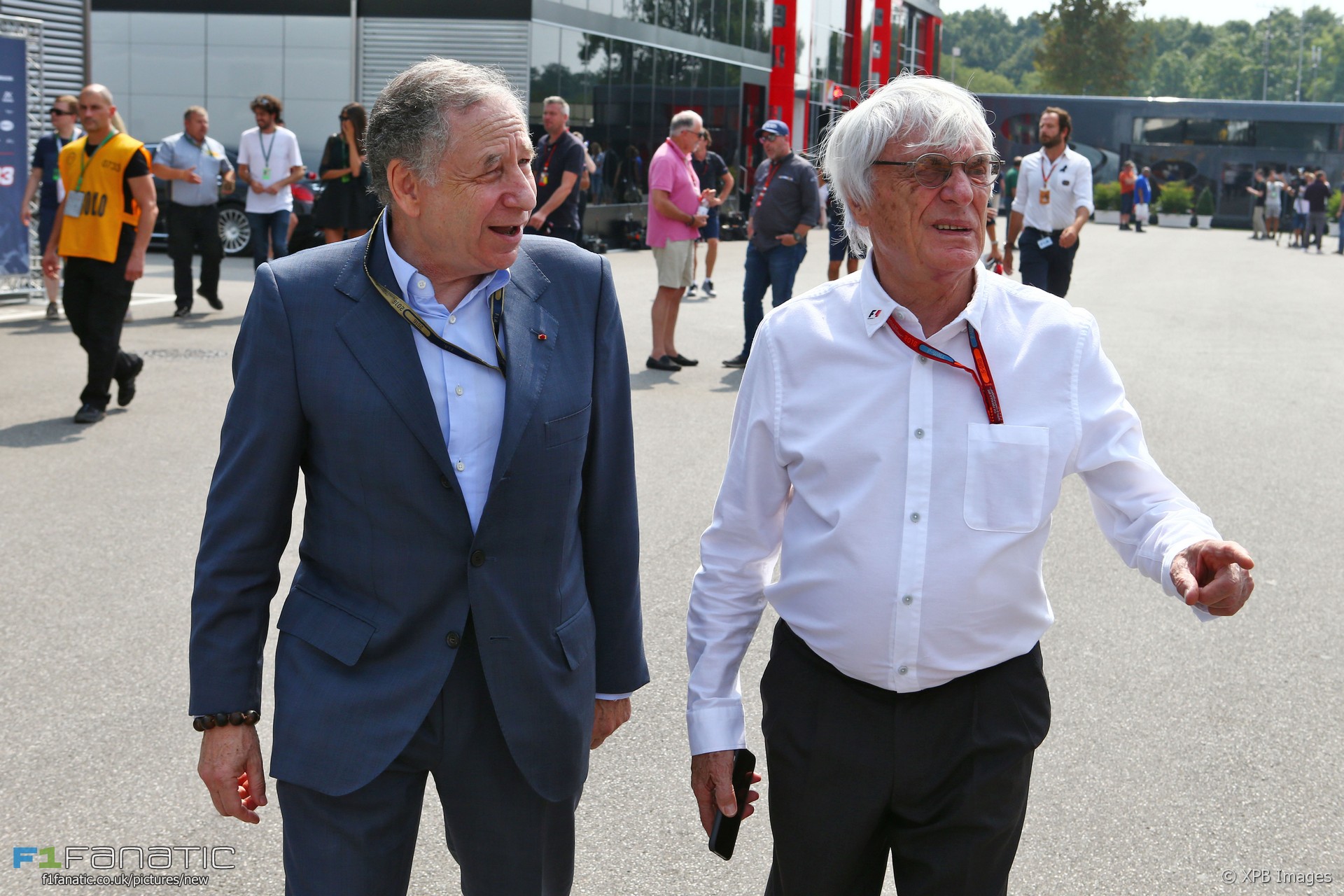 In the round-up: Rupert Murdoch’s long time associate Chase Carey has been tipped to become chairman of Formula 1 as part of a takeover of the sport by Liberty Media.

"Sky News understands that Chase Carey, a long-standing lieutenant of Rupert Murdoch, is likely to be named as chairman of F1's parent company as soon as Monday. Peter Brabeck-Letmathe, who has chaired F1 for the last two years, is to step down from the role but is expected to remain on the board as a non-executive director."

"However, when this was all put to Ecclestone after Sunday’s Italian Grand Prix he had a one-word reply. 'Bullshit,' he said."

"But CVC is also understood to still be negotiating with RSE Ventures, an investment firm run by Miami Dolphins owner Stephen Ross, who is working in tandem with a Qatari consortium, and another as yet unnamed private equity firm."

"I was hearing after the race some comments about one stop being the worst strategy - and I was laughing together with our engineers when I heard that. Because with one stop you would have to take yourself back at some point in the race - and we’ve been totally the opposite."

Button 'made mistakes I shouldn't have', blames preparation (F1i)

"The first lap was a mess and I made mistakes I shouldn’t have. Hopefully I can be let off for that, it’s been an emotional weekend and not the best preparation at all."

Stroll on pole for Williams race seat in 2017 (Motorsport.com)

"Several sources in the Monza paddock have indicated that the deal has already been agreed in principle – but the Canadian will first have to guarantee that he qualifies for a Formula 1 superlicence in 2017."

"McLaren, too, has its own ‘the one that got away’ story: the 1988 Italian Grand Prix, the one race that frustratingly fell short of our reach during an otherwise-dominant season spent racing the McLaren-Honda MP4/4 with Ayrton Senna and Alain Prost."

From where I sit grandstands are not full. I would say its 70 % full

Pretty sure Bernie shed a tear on the grid during the anthem. Or else had something in his eye. Emotional day? #F1 #Monza

I just love it how Ricciardo just sends it down the inside whenever he’s got a sniff! Great move #ItalianGP #F1

Better to make it clear now, never said I would replace Daniil in Singapore, just said that I hope to get my opportunity in F1 asap. #rumour

After the Italian Grand Prix received some less than thrilling reviews from fans, @jowen7448 offers their analysis of the current state of racing in the sport…

I thought the race was OK. I don’t mind particularly if there isn’t much overtaking up the front end, or even if there is no direct wheel to wheel into a braking zone. I think what irks me most about current f1 races is the lack of tension, some of which is generated by the tyres. (I do acknowledge that we have had some very good races this year however)

For example when two similar cars are separated by 10 seconds on track wearing the same tyres of a similar age, the chances are that by the end of the stint the gap will be similar. We will never get stints like Schumacher’s infamous Hungary 98 because it isn’t possible to run flat out for a full stint. And so even though we can think that a driver behind is arguably faster, or out of position etc pace is limited by the tyre overheating and degradation. And so you kind or resign yourself to the fact they aren’t going to bring down the gap and so there is no suspense.

On tyres that could go flat out, watching Hamilton be able to run flat out every lap to try and make up for the start (there would be some argument that he should be able to chip away consistently if this was the case based on yesterday), whether he makes it or not, would at least add suspense, whereas knowing that on the same strategy its unlikely takes that away.

I know this isn’t the only contributor, and certainly isn’t a new opinion but for me this is one of the most annoying aspects of the current regulations.
@jowen7448