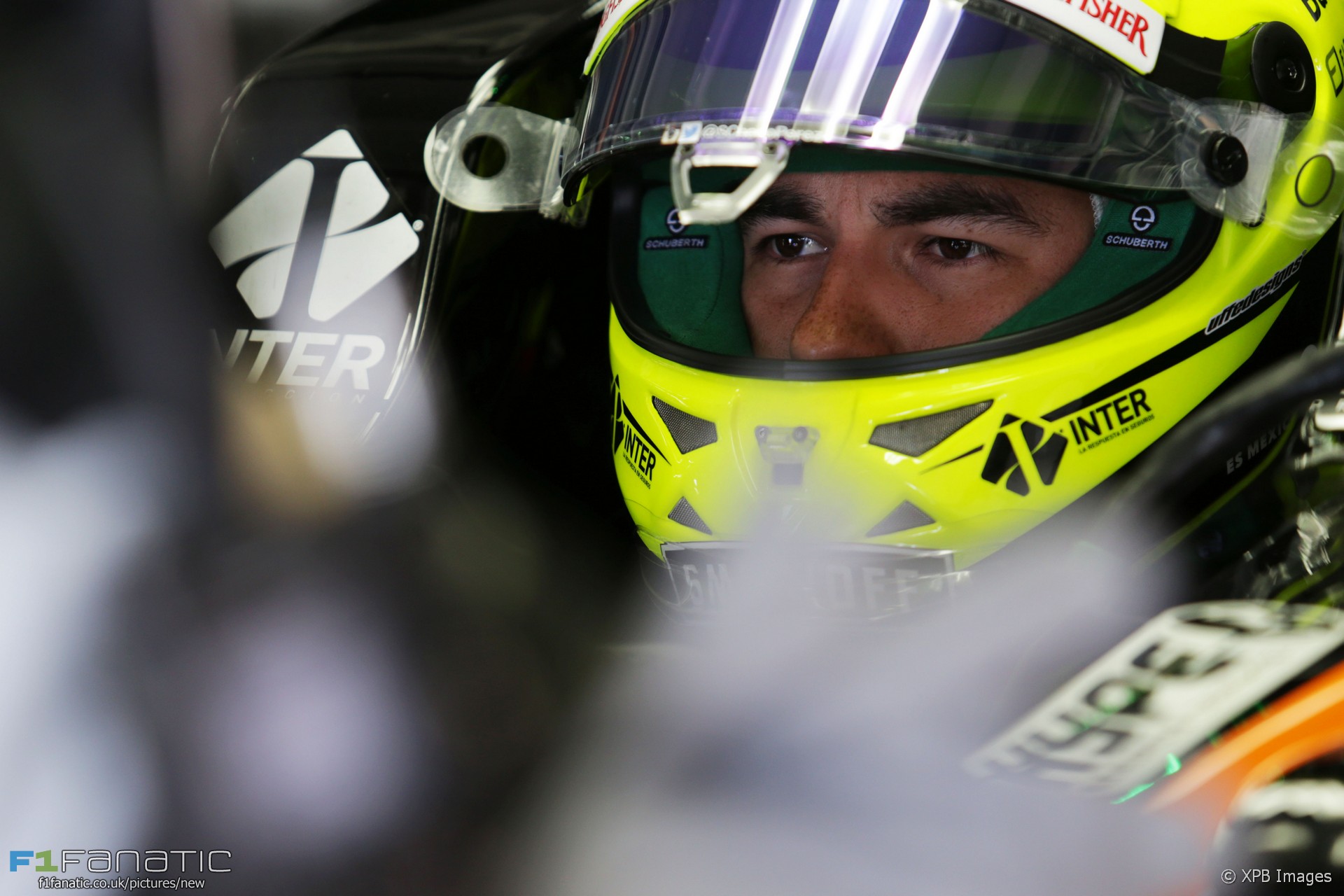 Sergio Perez says he intends to remain at Force India amid speculation over who he might drive for next year.

Force India co-owner Vijay Mallya claimed during the British Grand Prix weekend both his drivers will remain with them next year but Perez subsequently said he could switch teams.

However at Monza team COO Otmar Szafnauer reiterated that Perez will not be joining another team, which the driver confirmed after qualifying.

“I’ve been saying the last month or so that I’m very happy where I am,” he said. “I already make up my mind so I think what Otmar says is quite correct.”

Perez will started tomorrow’s race from eighth place after Force India couldn’t match the pace of Williams in qualifying.

“We haven’t had the pace all weekend,” he admitted. “For some reason they seem to be quicker. Haas was quicker than us today.”

“Williams obviously have a big margin quicker than us. So we’re not where we would have liked to be but in the end I think we maximised the full potential we both had which is very important and hopefully tomorrow we can have a strong race, strong strategy and try to get the Williams.”

16 comments on “Perez says he will stay at Force India”