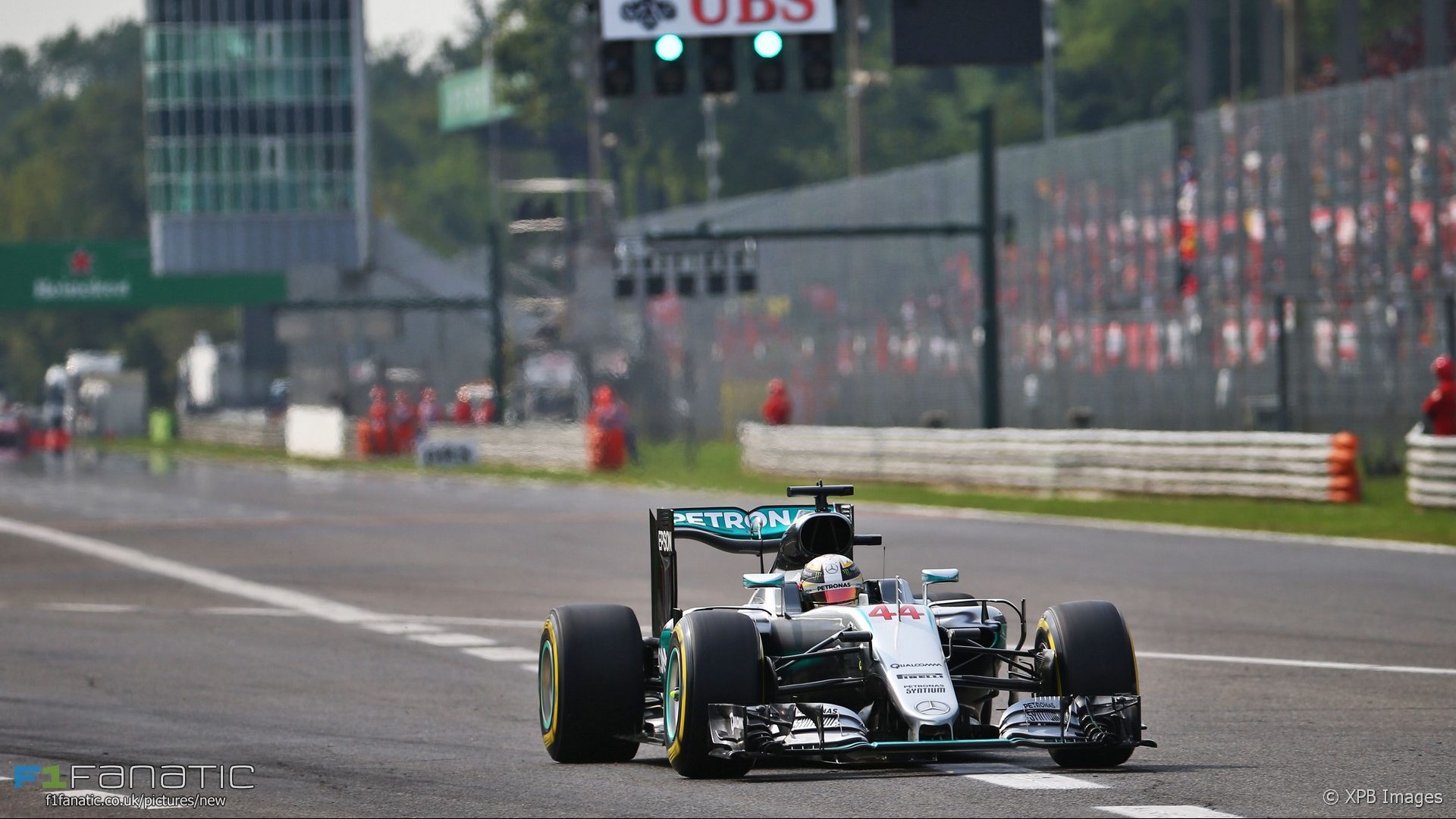 Lewis Hamilton doesn’t expect the tyre he flat-spotted during qualifying will present a problem for him when he starts the race on it.

Hamilton and team mate Nico Rosberg will start on soft compound tyres tomorrow having used them to get through Q2. Hamilton reported a flat-spot on one of his tyres and went out on a fresh set in an attempt to improve his time and start on a different set, but didn’t manage a quicker lap.

However Hamilton said he “didn’t really damage the tyre, just had a small lock-up into turn one”.

“Ultimately for the race tomorrow you want everything to be perfect. I had the pace, so I went back out. And I was actually up but I just lost it in the last corner.”

“But the flat-spot is minimal, you can’t really feel it. So I don’t think it will be a problem.”

Hamilton’s fifth pole position for the Italian Grand Prix equalled the record for the most pole positions in the race held by Ayrton Senna and Juan Manuel Fangio.

“Obviously I’m very happy today,” said Hamilton when asked about his achievement. “I was only made aware of that record as we came into this weekend so of course that was in the back of my mind but hoping it wouldn’t steer me of course.”

“I feel incredibly proud and honoured to be up amongst Senna and Juan Manuel. Incredible drivers, I never in a million years thought my name would be mentioned in the same sentence as theirs.”