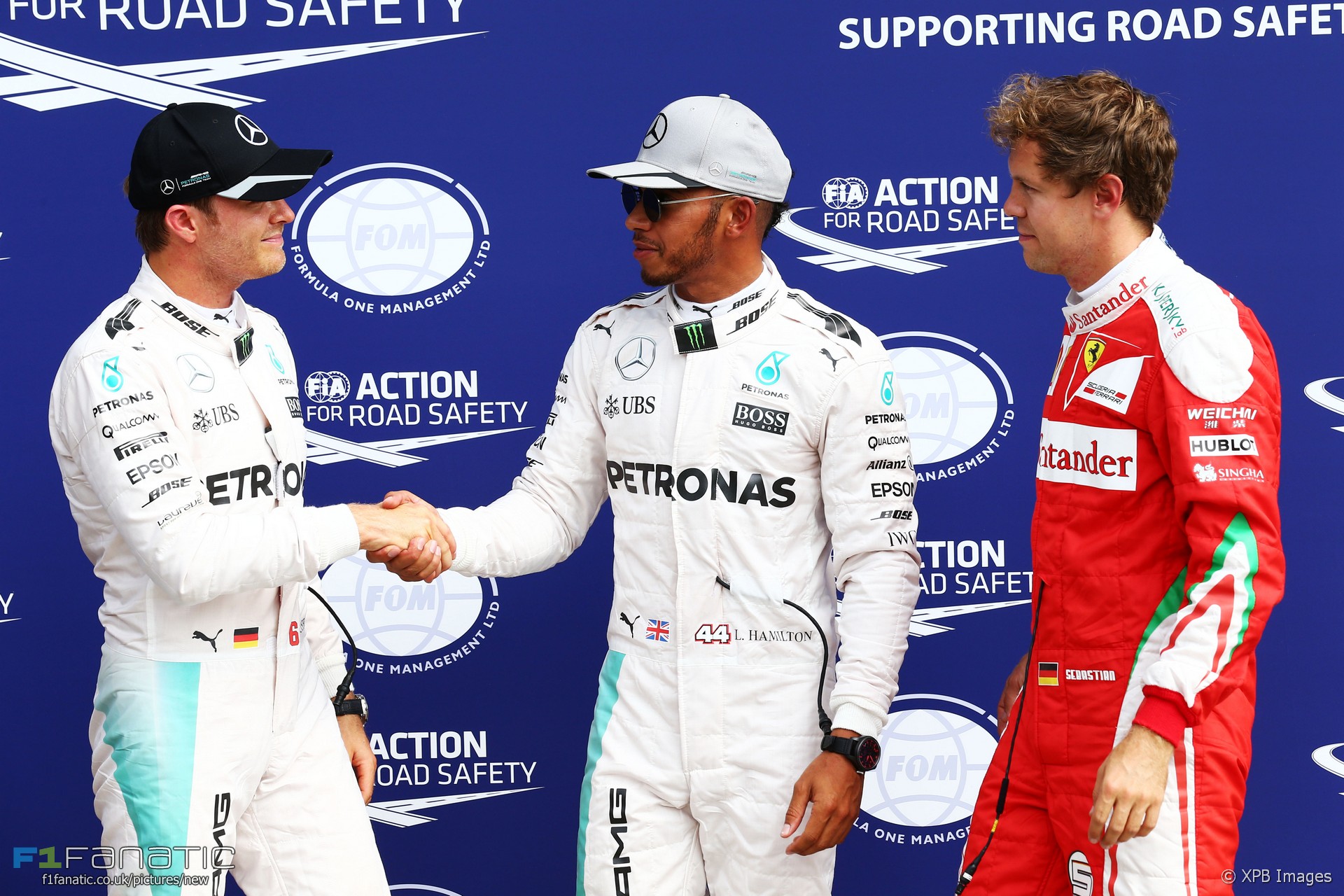 Lewis Hamilton dominated proceedings in qualifying at Monza, taking his seventh pole position of the season.

He left team mate Nico Rosberg behind by almost half a second following a one-sided contest between the two Mercedes drivers.

The only concern for Hamilton was that he flat-spotted one of his tyres in Q2 and will have to start the race on the same rubber.

Lewis Hamilton set a blinding pace from the start of qualifying. His first effort in Q1, a 1’21.854, was six-tenths of a second quicker than his team mate could manage.

He was also a second quicker than the rest of the field. They were led by the Sebastian Vettel’s Ferrari, who along with team mate Kimi Raikkonen used soft tyres to reach Q2 instead of super-softs.

While Pascal Wehrlein took his Manor through to Q2 but the team’s other car progressed no further as a technical fault prevented Esteban Ocon from setting a lap time.

A late improvement from Fernando Alonso saw both McLarens reach Q2. Alonso’s place came at the expense of a frustrated Daniil Kvyat: “Last corner again” he rued on the radio after missing the cut.

The Mercedes pair opted to start the race on softs but easily headed the times despite most of their rivals opting for the super-soft tyres. Red Bull were the only exception, but with both their cars occupying the bottom spots in the top ten after their first runs, the pair couldn’t risk not running a second time.

Only Vettel, third, and Valtteri Bottas, fourth, remained in the pits – and both held on to their positions. However the second Williams missed the cut – Felipe Massa will start his final Italian Grand Prix from 11th place after lapping half a second slower than his team mate.

Esteban Gutierrez used the upgraded Ferrari engine in the Haas to great effect, claiming the team’s first appearance in Q3.

Rosberg strained every sinew in his pursuit of Hamilton in the top ten shoot-out, even brushing the gravel at the exit of the Roggia chicane on his first lap. But it wasn’t enough: Hamilton was quicker in all three sectors with his first run and a 1’21.358 was almost three-tenths of a second better than Rosberg could manage.

The gap increased after their final runs, in which Rosberg was unable to find any more time. He crossed the start/finish line before his team mate, but Hamilton elected to complete his lap anyway, emphasising the scale of his victory with a lap almost half a second quicker than his team mate could manage.

Vettel moved up to third place with his final run and another quick lap from Bottas ensured Williams had one of their cars in front of the Red Bulls. The Force India drivers were nip-and-tuck in their battle for eighth place, Sergio Perez narrowly coming out ahead.