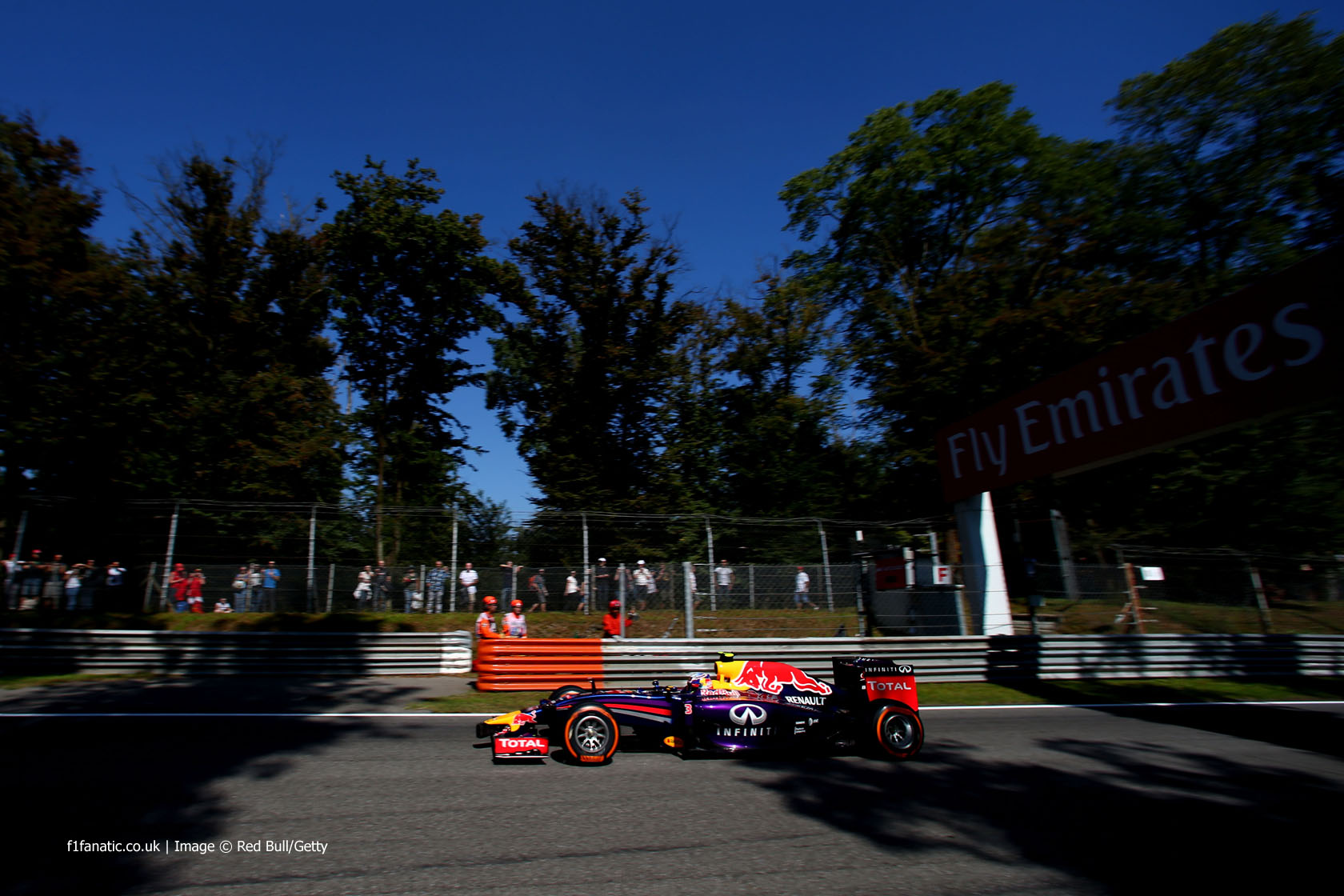 Following the unusually high temperatures seen at Spa another weekend of warm temperatures are forecast at Monza. However the prospects of any rain on Sunday are receding.

The first practice session on Friday will be run under sunny skies in temperatures of around 25C. This will rise towards 30C in time for the second session later that day and there is a risk of thunderstorms developing later on.

Saturday’s weather will be more settled and cloudier, but with temperatures still reaching as high as 28C.

The Italian Grand Prix is set to be run in similar warm and dry conditions. At present there is a chance of a small amount of rain later in the day, but at present it is not expected to affect the race.

For more updates on the track conditions during each session keep an eye on F1 Fanatic Live and the F1 Fanatic Twitter account.

See the location of every race on the 2016 F1 calendar here:

3 comments on “F1 heading for another warm weekend at Monza”