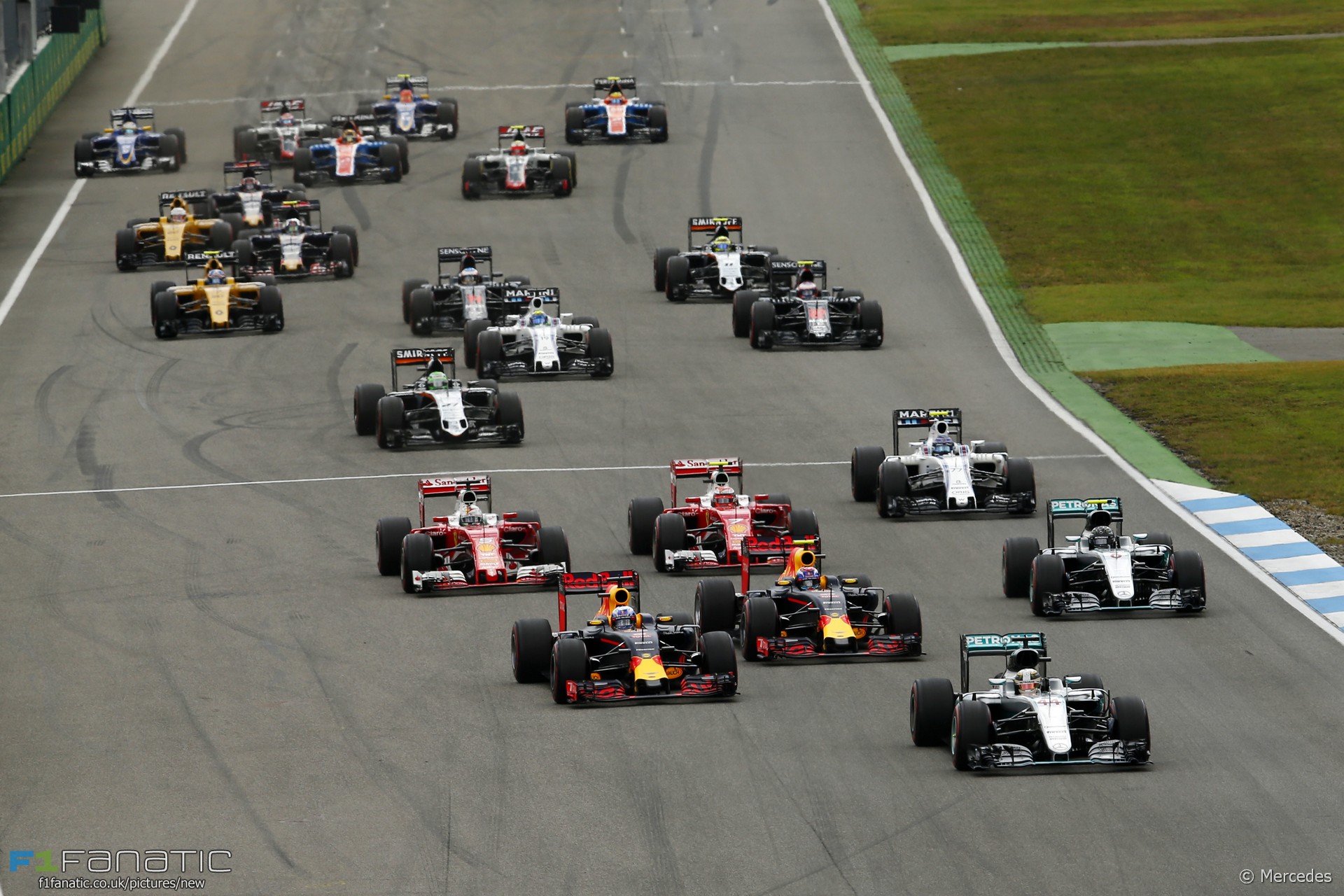 When electronic launch control system were banned in Formula One ahead of the 2004 season it began a scramble for teams to devise the best manual alternative to help drivers get their cars off the line as quickly as possible.

Renault were the first team to hit on the potential gains from optimising their clutches. The team drew suspicious glances when Fernando Alonso and Jarno Trulli shot from fifth and ninth on the grid to third and fifth as the season-opening race began.

Inevitable accusations of ‘secret launch control systems’ followed, but it soon transpired Renault’s solution was legal and the rest of the field eventually mimicked it.

Over a decade passed before the FIA took another look at the assistance drivers were receiving from their start systems. By using a twin clutch set-up drivers could pre-select the optimum bite point for their getaway on one clutch and quickly reach it by releasing a second clutch at the start.

Some engineers expressed surprise the FIA permitted such set-ups for so long, as it allowed the teams to almost entirely recreate the benefits of fully automated launch control, albeit with drivers having to pull two levers instead of pressing a single button.

That all changed at the beginning of this year when the FIA forced teams to switch to single-clutch set-ups. Since then drivers have been forced to perform true ‘manual’ starts.

The hope was this would lead to greater unpredictability at the start of races. The data from the first half of the season gives good reason to believe it has worked.

That’s a modest rise, but the increase becomes more convincing when we take Safety Car starts into account. Drivers don’t perform racing starts and can’t change position on the first lap when a rolling start is used, and while there were none last year we’ve already had two this season at Monaco and Silverstone. Factor those out and we find that in the ten races with standing starts we’ve seen an average of 29 places gained per race, a 28.2% rise compared to last year.

Of course some of this change would probably have happened anyway because there are two more cars on the grid this year. The arrival of Haas meant a 10% increase in the number of cars and therefore a greater potential for positions to be won on the first lap.

But even taking this into considering the 28.2% rise we have seen is significant. And the figure becomes even more impressive when we compare starts at the same circuits.

The rate of development is rapid in Formula One and any new variable presented to the teams will quickly by analysed and mastered. It’s inevitable that some teams would find better solutions to the new start procedures and the rest would gravitate towards them over time.

The data indicates this has happened and recent race starts have not been as unpredictable as those early in the year. But the nature of the tracks F1 has raced at recently means it remains to be seen just how far things have settled down.

Comparing standing starts at the same eight circuits raced on this year and last illustrates this point. First, the total number of positions gained at those tracks has increased this year by a whopping 71.6%.

However it’s clear from this graph that the bulk of that increase occurred in 2016’s early-season races:

So have F1 teams cracked the new-style starts, leading to less variability. That’s definitely happening to some extent. Lewis Hamilton, who made some conspicuously poor starts at the beginning of the year but has done better of late, admitted as much on Sunday, describing his starts as a “work in progress”.

“We have worked very, very hard,” said Hamilton. “Obviously I have a guy that I’m working with very, very closely and it’s been an up-and-down season and it’s not his fault or not my fault, it’s just the way these new clutch regs are and how sensitive the clutches are. I think we’ve worked and worked, and just consistency and really trying to be precise with the whole procedure.”

However other drivers made less good starts in Germany, notably Nico Rosberg, Kimi Raikkonen and Sergio Perez, so the potential to make a poor start remains.

And there is another reason why we’ve seen less variable starts of late. The more recent races happen to have been on circuits where the run to turn one is shorter than at tracks earlier in the season. Drivers have therefore stood to lose fewer positions if they make a poor getaway.

It indicates that while teams are making better starts now than they were at the beginning of the season, we’ve still seen more variability than we had 12 months ago, with the sole exception of the Hungarian Grand Prix.

But what’s most encouraging is how the increased variability in starts has given us more action at the sharp end. Fast starts in Australia and Canada helped Ferrari take the fight to Mercedes, even if they ultimately missed their chances of victory. And even in the most recent race a poor getaway by Rosberg set up a race-long battle between him and the Red Bulls.

The only area of the radio regulations not freed up at the German Grand Prix was communications on the formation lap. That ban, which was introduced at the Belgian Grand Prix last year, remains in place, so teams still cannot give their drivers feedback based on their final practice start to optimise their getaways.

The upcoming races will reveal whether the teams have more gains to make in terms of perfecting their starts. One key measure of this will be whether we continue to see the pole sitter struggling to preserve their advantage at the start. In the ten standing starts this year the pole sitter has only held the lead on three occasions.

F1 has been criticised repeatedly this year for making ill-considered rules changes which have been quickly abandoned: the radio communications ban and short-lived elimination qualifying format being two obvious examples.

The new start restrictions are a good example of F1 getting it right. The rules have taken a largely automated part of driving the car and made it a greater test of a racer’s skill. As a gimmick-free means of making the action more interesting, it’s a good model for F1 to bear in mind for the future.

Are manual starts a change for the better? Do you expect to see more predictable starts in the second half of 2016?

Have your say in the comments.