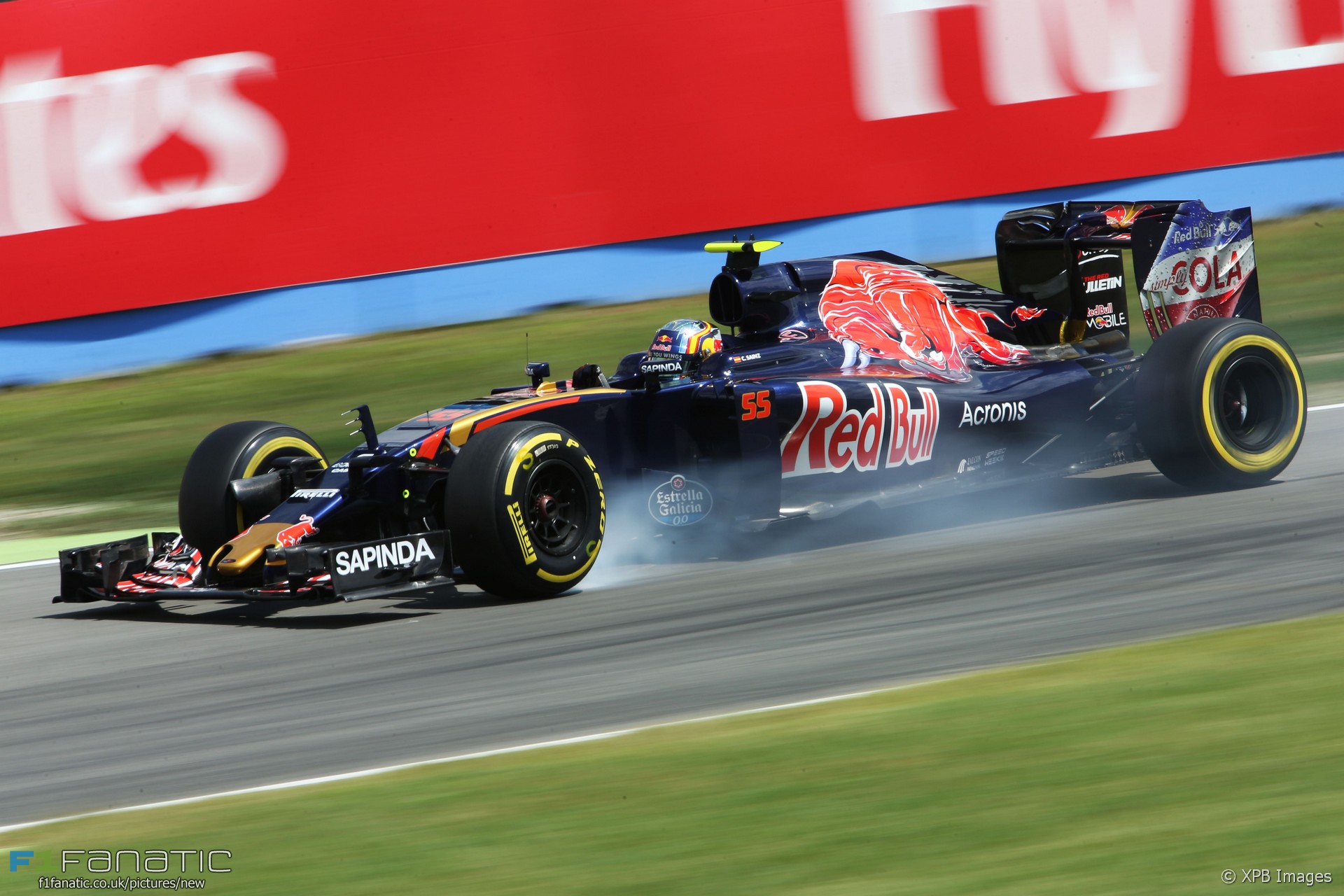 Carlos Sainz Jnr has been docked three places on the grid for the German Grand Prix for holding up Felipe Massa.

The Toro Rosso driver was found to have held Massa up at turn two during Q2. Sainz failed to progress beyond that stage of qualifying while Massa was eliminated.

Sainz was also given two penalty points for the incident. The penalty drops him from 13th on the grid to 16th.

Meanwhile the stewards have also announced Nico Hulkenberg is under investigation for using a set of tyres in Q1 which were not available to him. The team had notified the stewards electronically that the tyres in question had been returned after final practice.

4 comments on “Sainz given grid penalty for impeding Massa”