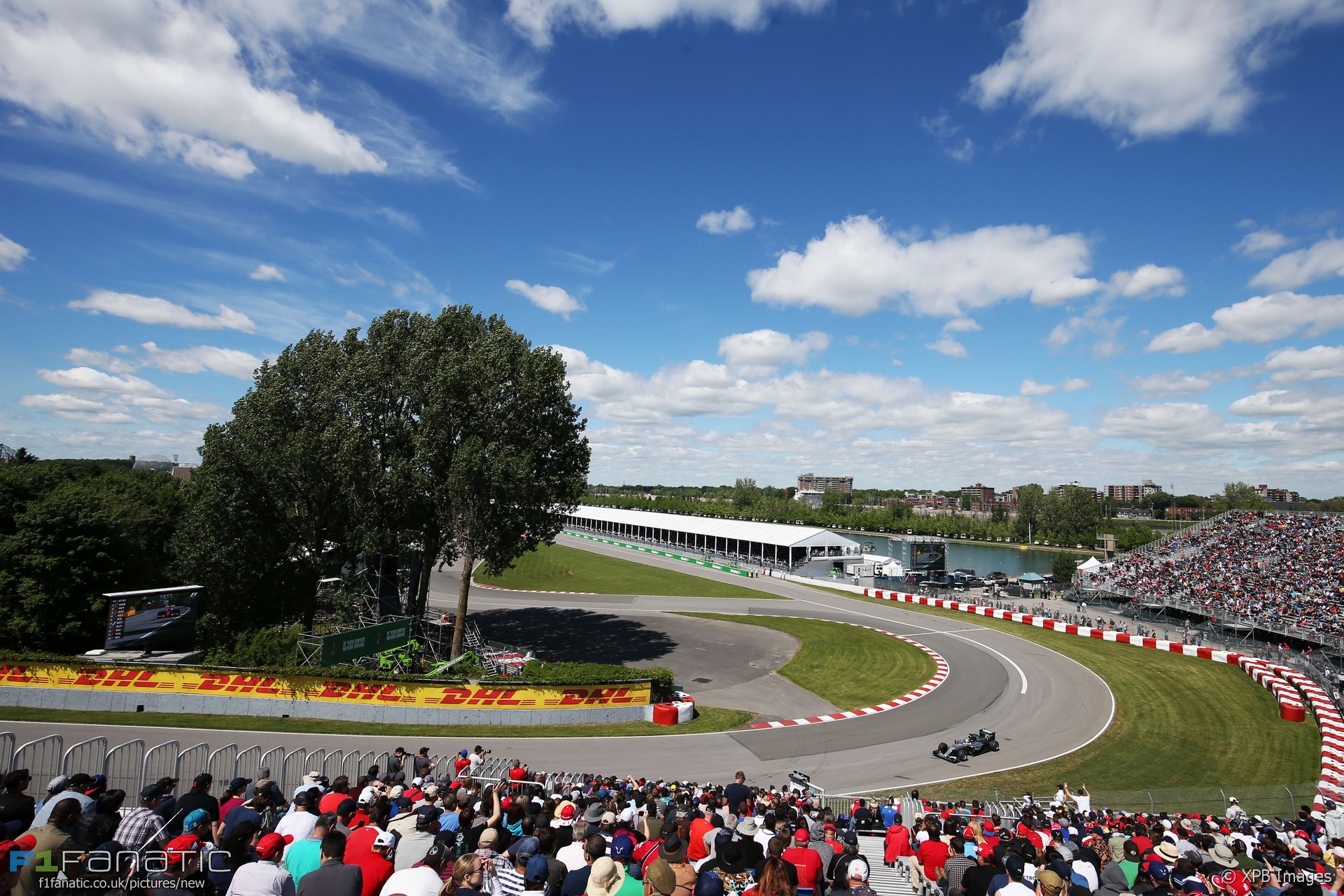 F1 Fanatic reader Steve Smith (@Ragwort) has been to F1 races across the globe but Canada’s round remains a favourite.

He headed back to the Circuit Gilles Villeneuve for this year’s surprisingly cold race day.

For my return to the Circuit Gilles Villeneuve I chose to take advantage of what they call a “Trio Ticket”. This meant we had reserved seats in three different grandstands for each day of the weekend. It’s a great idea and one that other circuits should consider.

I flew from Britain to Canada on the Thursday before the race with a fellow Formula One fan, the pair of us noting we weren’t experiencing quite the same level of luxury as Christian Horner and Jonathan Palmer were.

The following morning to took advantage of Montreal’s Metro system to make the journey to the circuit. Hopping off at Jean Drapeau station along with thousands of others, we begin our walk to grandstand 12 at the far end of Notre Dame island.

It took about 25 minutes to reach it, but we were rewarded with an excellent vantage point. Our seats overlooked turns one and two, along with the pit lane exit.

The drama began quickly: Felipe Massa plough into a barrier right in front of us when his DRS failed to release under braking for turn one. Between sessions there were other unusual sights to occupy us: massive fuel tankers cruising slowly up the St. Lawrence seaway and mile-long trains crossing the river by bridge.

After second practice we trekked back to our hotel and spent part of the evening watching the Cirque Du Soleil down at the Old Port before grabbing a late meal in nearby Chinatown.

The biggest disappointment of the weekend was the unusually cool weather. Saturday, which we expected would bring the brightest and warmest conditions, was cold and showery. We watched qualifying from the hairpin at the opposite end of the circuit, with the iconic Montreal Biosphere built for Expo 67 to our right.

I’d sat near here on my first visit to the circuit in 2007, and witnessed Robert Kubica’s almighty crash. It is another good vantage point, though our particular grandstand could do with being closer to the corner.

The grim weather continued on Sunday. A glance from the hotel room window confirmed the forecast rain had come and hone before the race. But what we couldn’t see was how cold it was.

I have been to dozens of races before but this was by far the coldest. I have never had to buy a woolly hat before – but I did in Canada!

Sunday’s seat was on the pit straight, a short distance down the grid, as little as 20 feet from the track surface. Finnish due Kimi Raikkonen and Valtteri Bottas took their places in front of us, and directly opposite we enjoyed a view of the Ferrari, Red Bull and Mercedes team pits.

As well as being a superb view, these seats were far more comfortable. Unlike the other grandstands which have numbered bench seats, these were individual ones with backrests.

Bernie Ecclestone has been pressing the Canadian Grand Prix organisers to improve their track’s facilities. Although I don’t often see Ecclestone’s point of view, I can understand his grumbles. Looking at the pit complex, it is plainly looking dated, resembling something more like Donington Park than Silverstone let alone the mega-bucks new-build circuits.

It didn’t diminish our enjoyment of the race, however. Large video walls, an excellent public address system and radio broadcasts helped us keep on top of the action.

On rare occasions when we didn’t catch the times between drivers, we could pick things up by reading the pit boards hung over the walls. The pivotal moment of the race came when Ferrari pitted Sebastian Vettel just as the Virtual Safety Car period was coming to an end, and it was pretty clear from our vantage point on the other side of the straight this had just cost them the race.

The chequered flag fell and Lewis Hamilton scored his latest win – appropriately enough at the very circuit where I’d seen him score his first victory nine years ago. We made it onto the track to watch the podium celebration from below and take a few photos too before heading to the station.

With tens of thousands of people heading for the Metro, we expected a massive crush as we had seen before. However the impressive organisation meant we queued for no more than five minutes. We were back at our hotel in less than an hour to enjoy the benefits of a well-stocked bar and central heating.

After a day spent exploring the city on Monday we flew back to Heathrow the following day. But I won’t have to wait long for my next dose of F1 action: next week I’m heading to Silverstone for my 60th grand prix!