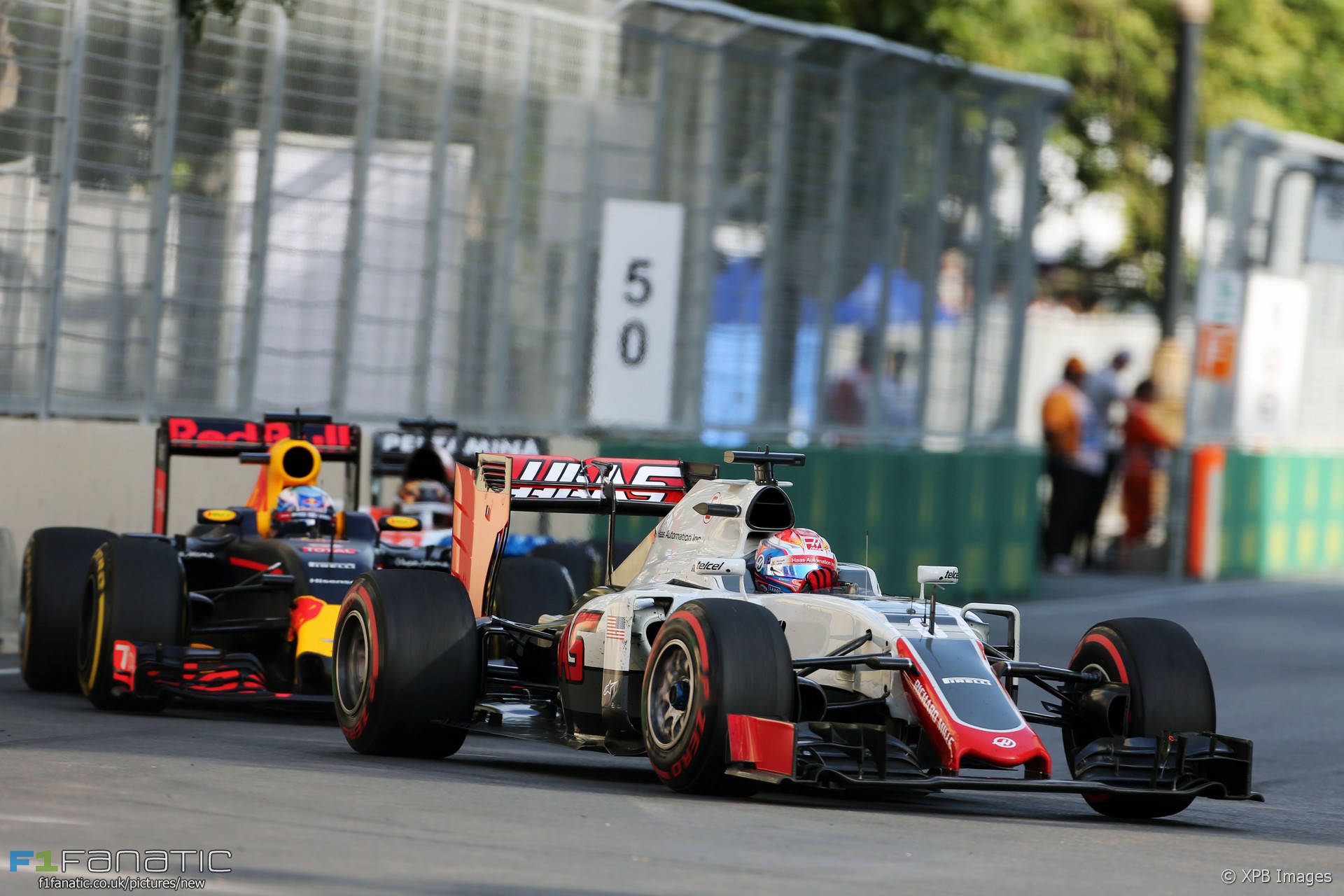 Warm weather conditions will help Haas get on top of their problems with tyre management, according to Romain Grosjean.

After scoring point in three of the first four races of the year the team has failed to finish in the top ten over the last four races as it has struggled with tyre management.

Asked if the team would benefit from more warm races Grosjean said: “I think that’s the case. I’m hoping that we get a good summer and that we don’t have to focus too much on colder weather and trying to get the tyres to work.”

Grosjean qualified 11th at the last race in Baku – the team’s second-highest starting position of the year so far – but slipped back in the race as he wasn’t able to make a one-stop strategy work.

“It was a shame about the race in Baku that we had to have the extra pit stop,” said Grosjean. “I think we could have scored points. We were looking pretty good up until that point.”

“Some of the races we’re now going to should be better for us. We still need to work on getting the best out of the tyres when it’s cold. We have some graining issues as well, but we’re still a brand new team and we haven’t had many options to try different things.”

“We’re going in a good direction even though we haven’t scored points in a while. I still think everything is going the way it should and when it eventually all comes together, it’s going to be great.”