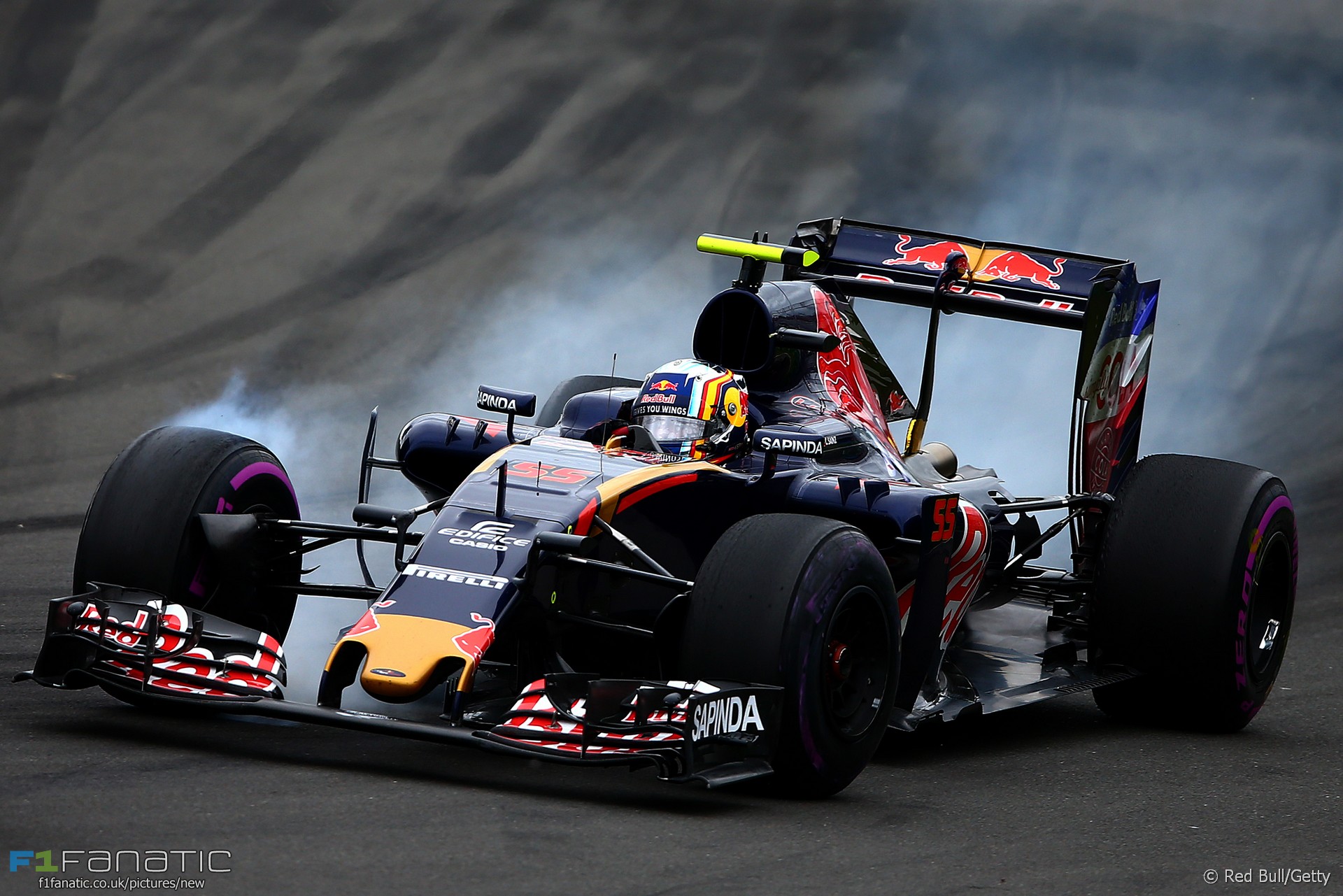 Carlos Sainz Jnr says life is getting more difficult for Toro Rosso because they haven’t brought updated their car as much as their rivals have.

The Toro Rosso driver predicted it will be difficult for the team to remain competitive. “It’s going to be tough,” he said.

“Already you know in Australia we managed to qualify P5 and P7. And now in places like Canada or here in Azerbaijan we will struggle to get into Q3.”

“So for sure we are going a bit backwards, we haven’t put many upgrades in the car since Australia but thanks to the good effort of the team that we are putting we are not that much falling back.”

“We are still in the game, still fighting for P5 in the constructors’, with the same car than in Australia which is a huge achievement even taking into account how many upgrades Force India and McLaren are bringing and we are still there trying to hold on.”

Sainz said he was particularly pleased with his result in Canada after starting at the back due to his crash during qualifying.

“It was very satisfying, especially after the disappointment on Saturday as you can imagine,” he said. “To manage to recover well and come back from twentieth to ninth was an achievement for me but also for the team.”

“We had bit of a scrappy Sunday in Monaco with some issues on the pit box and on that side. We managed to arrive to Canada and put on a very good race from the back with perfect strategies, perfect pit stops, and it was also a relief in those terms.”

“To manage to split the two Force Indias coming from all the way back was a huge achievement and now we need to keep working because we need to keep this up and keep going for it.”