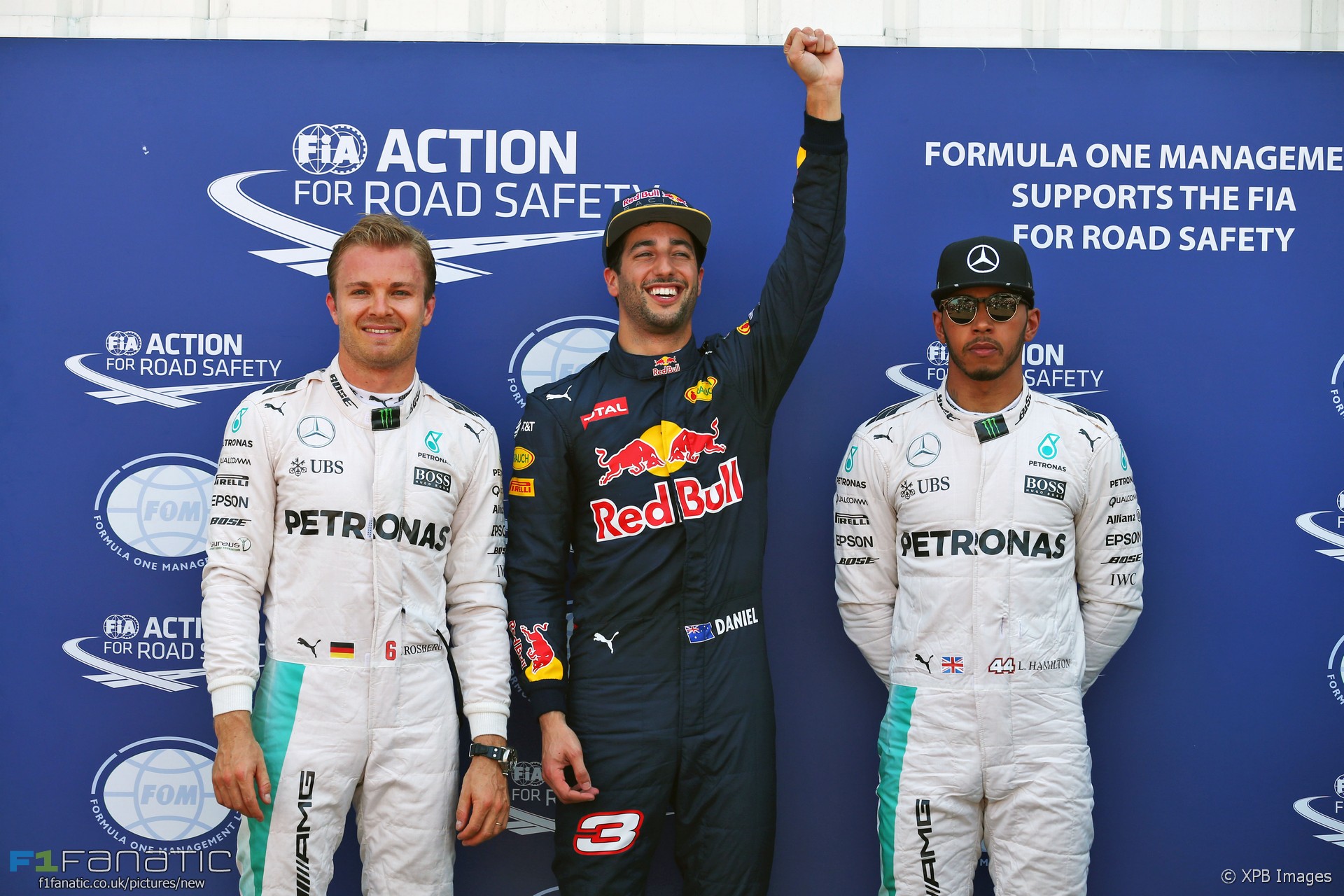 Daniel Ricciardo has described Monaco as a ‘special place’ for him to have secured the first pole position of his Formula 1 career ahead of tomorrow’s grand prix.

Often heralded as the most important pole of the season, Ricciardo produced a stunning lap in qualifying to take prime position at the front of the field ahead of the Mercedes of Nico Rosberg and Lewis Hamilton.

“So I came into this weekend with a lot of confidence and a lot of belief that I could be in this position now. And yeah, I’m very happy. And it feels good. I’ve always enjoyed this place.”

Ricciardo has been the only Red Bull recipient of a power unit upgrade from Renault for this weekend and says that the increased drivability contributed to his performance.

“Of course I’ve benefited from the new power unit and the upgrades,” says Ricciardo.

“The car’s been working well. I’m happy. I put it together when I needed to. Qualifying built up and built up and I found a rhythm and that first lap in Q3 was the one I needed to do. So I’m happy. I feel I’ve been qualifying well all year and this place more than any is the one you want to do it in and I’ve done it today, so very pleased.”

The Red Bull driver will be the only front running driver to start tomorrow’s race on the super soft tyres after setting his quickest time in Q2 on a set of new super softs.

“The plan was to go out in the first run in Q2 on the ultra softs and at least try to do a good enough lap with that. We had time on our side so we thought‘let’s see what a super soft can do’. We just feel it may open up a couple of options for the race tomorrow. We did a good lap on that and it set us up well for Q3 as well.

“The car’s good. We’ve got a good package behind us now and it’s nice to be able to make the most out of it. I think today we’re sitting pretty. Hopefully it turns out favourable tomorrow.”

14 comments on “Monaco a ‘special place’ for maiden pole – Ricciardo”