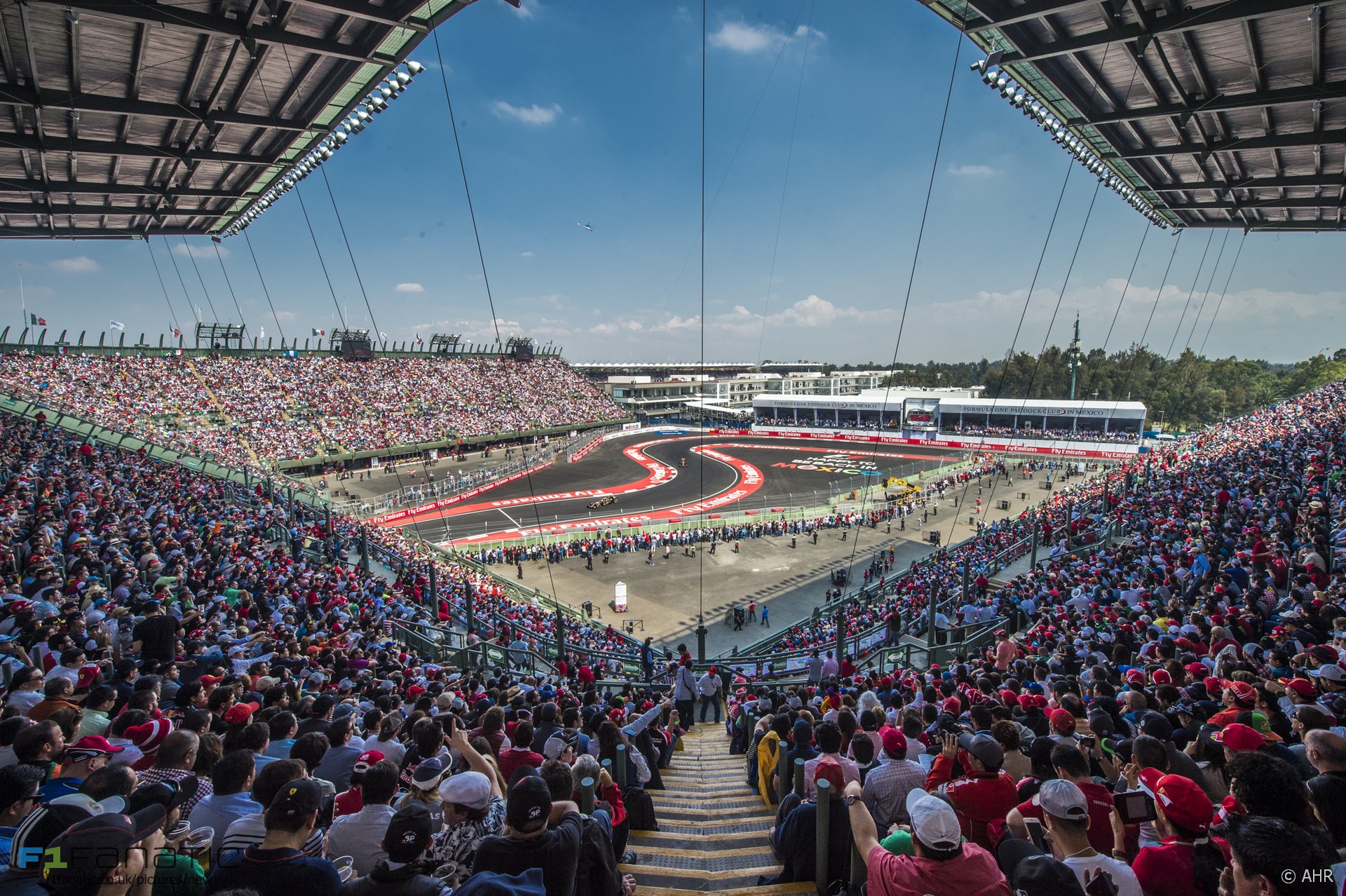 What was it like to watch a grand prix in a football atmosphere? F1 Fanatic reader Steve Smith was there.

We used the holiday resort of Cancun as the base for our Mexican Grand Prix trip, spending around £100 on return flights to Mexico City in order to visit the track which is very close to the airport.

The enjoyment of race weekend started at Cancun airport when a young lad started talking to us asking about where we were going. He was a Mexican F1 fan, but couldn’t afford to go – a £450 race ticket being about a month’s wage for him. He was so excited when shown our race tickets that he asked if he could take photographs to put on his social media accounts. When I gave him my unused Friday ticket as a souvenir it was almost like he had won the lottery: It really meant something for him to have a ticket for his country’s race.

We arrived in Mexico City to a wet Friday night and took an interesting taxi ride to the Marriott Reforma hotel through horrendous traffic. Saturday morning dawned bright. A five minute walk through a pedestrian area took us to Insurgentes Metro Station, and, after three stops on one Metro line, and eight on another, we got off at Station Velodromo from where the circuit entrance gates were less than a kilometre’s walk away. The place was buzzing already.

From the outside of the Arena we could tell it was going to be good. But to get inside and find that our seats were in the very top row was brilliant, even if climbing up to them in the already-high altitude was genuinely difficult. But the results were worth it: out view also overlooked the Paddock Club and the spectacular podium.

After watching most of Saturday’s action, we left around 4.30 for the half hour trip back to our hotel looking forward to the next day. Showing how strong the local appetite for F1 is, the official merchandise had already sold out of every single item for the entire weekend. I was glad I bought my polo shirt and cap early.

The rain which some forecasts predicted would arrive at lunch time on Sunday never arrived. We didn’t see a great F1 race but the drivers parade and the atmosphere were quite simply the best I have experienced in my 59 visits to grands prix around the world.

It was unbelievable when Sergio Perez stopped and went to meet the crowd. Taking selfies, throwing dozens of caps into the crowd, and giving interviews. The noise was just crazy, the stadium actually trembled. It was mad.

We had fixed a Union Jack to the back of the grandstand, and had requests for photographs from many Mexicans. Some wanting us in the photo, some not. We obliged each time whatever way. They were all so friendly.

The only overtaking action we saw in front of us during the race was provided on both occasions by Perez who gained two places in the stadium. The reaction each time was immense. The other highlights of the race which unfolded in front of us included Sebastian Vettel’s punctured tyre parting company with his car, and Felipe Nasr parking up with smouldering brakes.

Walking around the parkland track wasn’t possible as it is right in the middle of a built up industrial area, with highways and factories surrounding it. A six-lane highway ran right behind the stands we sat in, above the famous Peradalta corner. The grandstands we saw each had their own individual entrance off the street unlike, say, Silverstone where any entrance can be used wherever you are seated.

Given what little action there was anywhere on the circuit, I would say that the stadium complex is a pretty good place to sit purely for the atmosphere, and not just for the eight to ten seconds a lap that you get to see the cars take on what must be one of the slowest corners of the season after Loews at Monaco and La Source at Spa.

Plus, of course, you get to see the podium ceremony from fairly close up. Though there were crowd issues for that with people from some stands being denied access to the track when others were allowed. That did cause problems with crowd control, and we saw some fans literally rip the catch fencing from its fixings to allow them onto the track.

We could see three giant screens from our stand. But they were not as giant as they perhaps could have been. Reading the graphics on them being impossible from my seat. It is something they could improve upon.

At the end of the race, Nico Rosberg, Lewis Hamilton and Valtteri Bottas parked up just where Nasr had span, and their cars were quickly pushed away for inspection. Then the gas cannons went off, filling the sky with red, white and green confetti for probably a couple of minutes as the drivers made their way up the stairs for the podium ceremony and their interview with Nigel Mansell.

We stayed around for an hour post-race, taking many more photographs with jubilant local and listening to the Mariarchi bands. We then headed back to Cancun where we still had six days of holidaying to enjoy.

I would encourage anyone considering a trip to Mexico for their grand prix, to go and enjoy it. The fans made it for me. They were so welcoming to race goers who had made the effort to travel to their party race.

28 comments on “Watching the Mexican GP at the Foro Sol”