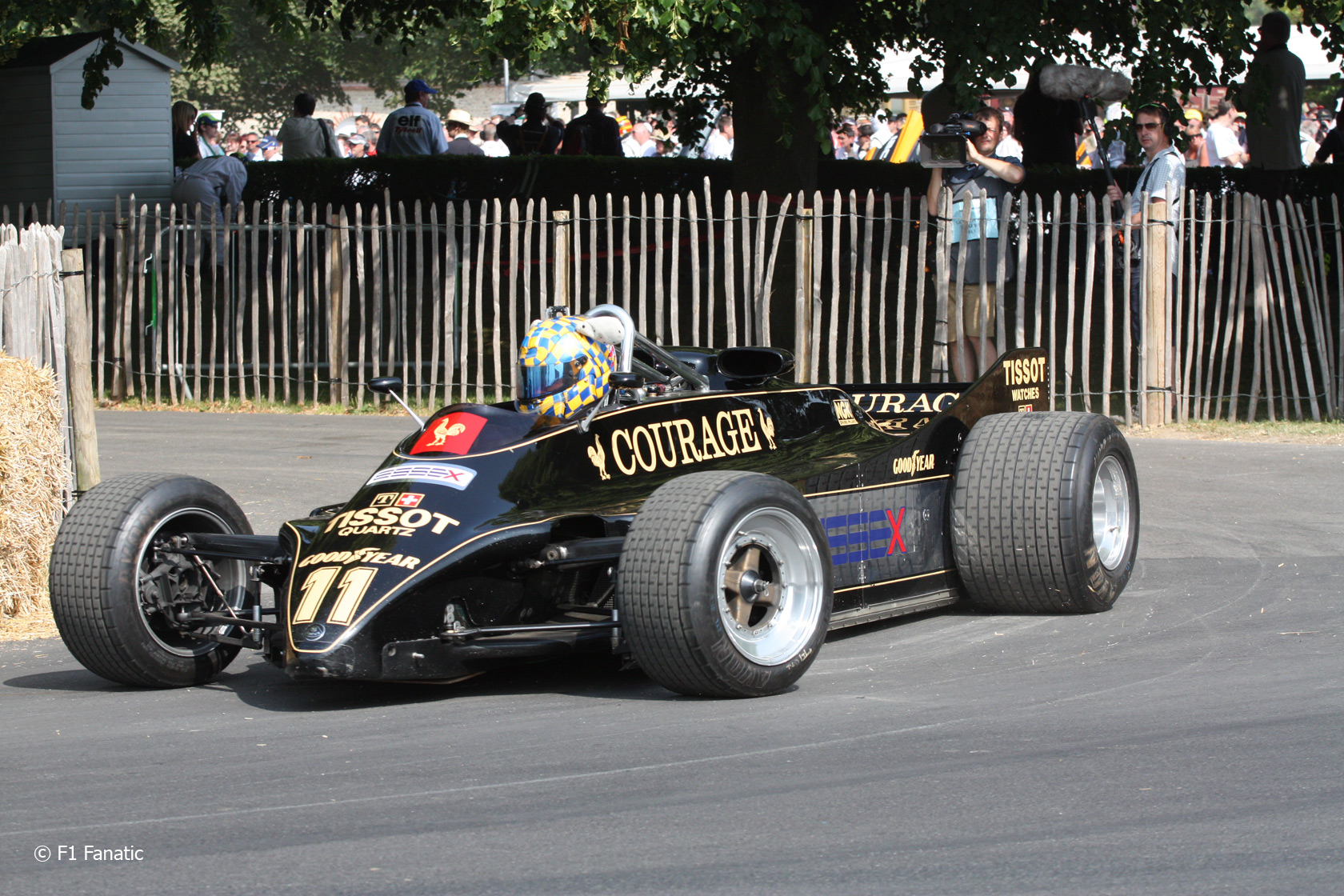 Continuing our series on technologies that have been banned from F1, this week we look at a rare example of an entire car that was banned before it could even race.

Colin Chapman’s Lotus 88 was a victim of fraught political tensions at a time when the governing body and the British team were at each other’s throats over the rules of the sport.

In 1978 Chapman had produced the Lotus 79 ‘wing car’. The masterstroke of aerodynamics featured skirts down the sides of the chassis which, at speed, generated a ‘ground effect’ underneath the car, sucking it to the road.

Mario Andretti wielded the 79 to dominant effect, winning six races and the championship. Lotus’s rivals were left to embark on the complicated and expensive route of producing their own wing cars.

The development of ground effect cars increased cornering speeds enormously and carried with them the threat of failing completely if a skirt became damaged, causing massive high-speed accidents.

Jean-Marie Balestre, President of FISA (today the FIA), sought to ban the cars for 1981 by imposing a minimum ground clearance rule.

Designer Gordon Murray of Brabham quickly devised a simple means of circumnavigating the rule. He fitted his BT49Cs with skirts that could be raised and lowered by means of a lever in the cockpit.

With the skirts raised, the cars passed scrutineering in the pits. Out on the tracks, they were lowered, and the skirts worked again. Most other designers rapidly replicated this crude trick, and in no time Balestre’s rule was a laughing stock.

Chapman’s attempt to get around Balestre’s rule was the 88 ‘twin chassis car’. Anthony Pritchard, author of “Lotus: The Competition Cars” said of it: “With the benefit of hindsight, it was plain bonkers, apart from the publicity it attracted.”

In essence the principle behind the Lotus 88 was to get around Balestre’s rule by giving the car two chassis.

One was mounted so as to suck the car to the ground at speed, exploiting the ground effect. The other was more softly sprung and, among other things, shield the driver against the ferocious, bone-jarring ride of conventional ground effect cars.

Whether the car would have been competitive is hard to say, as it never turned a wheel in anger. Pritchard is sceptical, suggesting the car was overweight: “I do not believe that the published weights for these cars were at all accurate.”

We can get an idea how much faith Chapman had in it from the fact that he developed it alongside another car, the 87, which was more conventional.

At the first round of the season, the USA West Grand Prix at Long Beach, the scrutineers passed the car eligible to compete.

But ten teams protested against its inclusion (five did not) on the grounds that they felt it contravened the rule that all parts of the car with an aerodynamic purpose must be fixed to the sprung part of the car.

Chapman took his case to the Automobile Competition Committee for the United States, who supported the stewards. But the other teams maintained their objection and later the car was disqualified with a black flag during practice.

The same happened during the Argentine Grand Prix at Buenos Aires the following month. Chapman took a protest to the Court of Appeal in Paris, and lost.

Meanwhile the team raced the previous season’s 81 chassis until the Monaco Grand Prix, when the 87 was brought in.

Chapman brought a slightly revised 88, dubbed the 88B, to the British Grand Prix at Silverstone. Although it was passed by the Royal Automobile Club the stewards once again threw it out.

There were great consequences for Lotus and Chapman. Chapman only saw his team win one more time, at Austria the following year, before succumbing to a heart attack in December 1982. Lotus never won another championship and collapsed in 1994.

In 2001 a Lotus 88 finally got the chance to race in the Thoroughbred Grand Prix series for old Formula One cars.